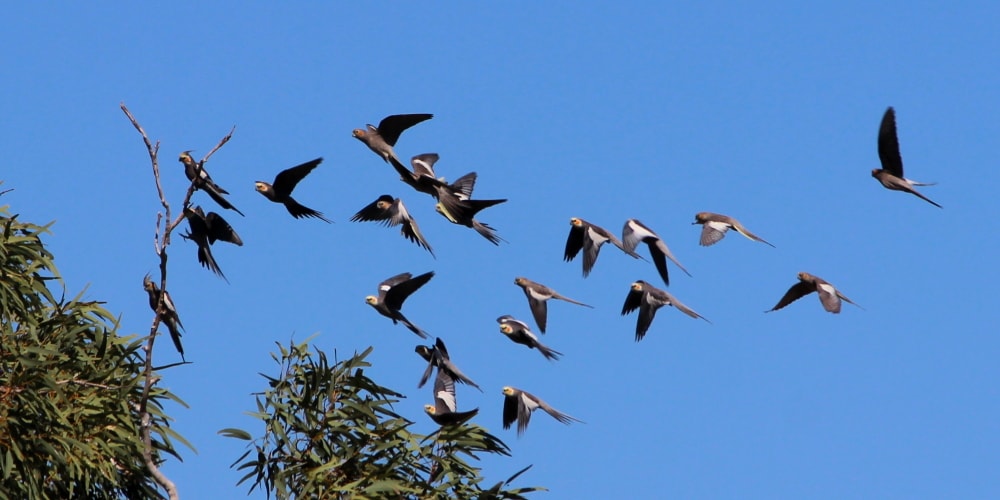 Some birds are best seen in flight.

Wings slash through the air like a volley of thrown spears: fast, glinting silver and black. There’s no time to watch wingbeats. Flying cockatiels are the high-speed gazelles of the air.

The natural phenomenon of wild flying Cockatiels can only be appreciated at speed. And speed is what they do best.  These streamlined racers can reach speeds of 64km per hour. 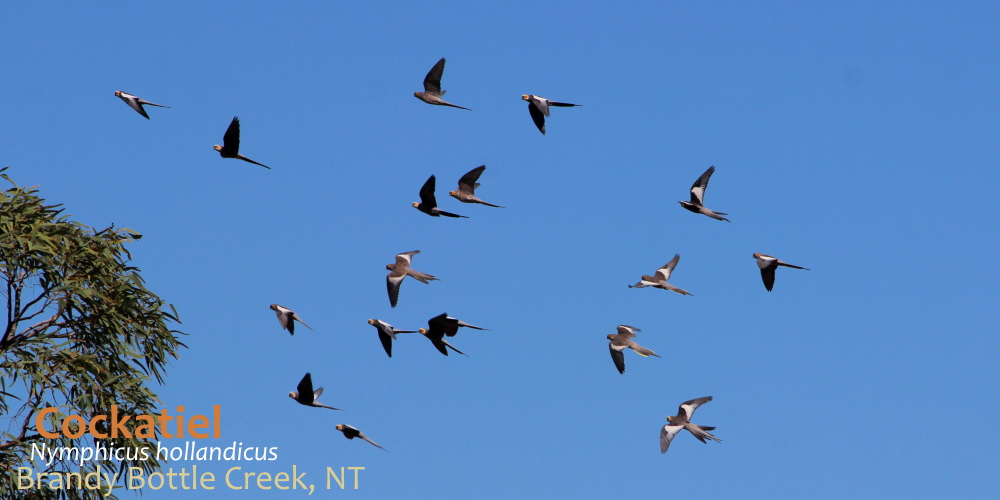 Some birds are best seen in huge flocks.

Moving as one, 200 or more wild cockatiels swirled around us. Their combined motion created a hum, a bit like the sound of the wind.

But in a superflock, cockatiels sound like a far off storm: all static electricity and whistling wind. It is one of the most thrilling sounds of Australia’s Outback. Listen:

Cockatiel are highly social birds, and usually move around in flocks of 100 to 1,000 birds. So the flock we saw – 200 + birds – was just a normal gathering for these small cockatoos. 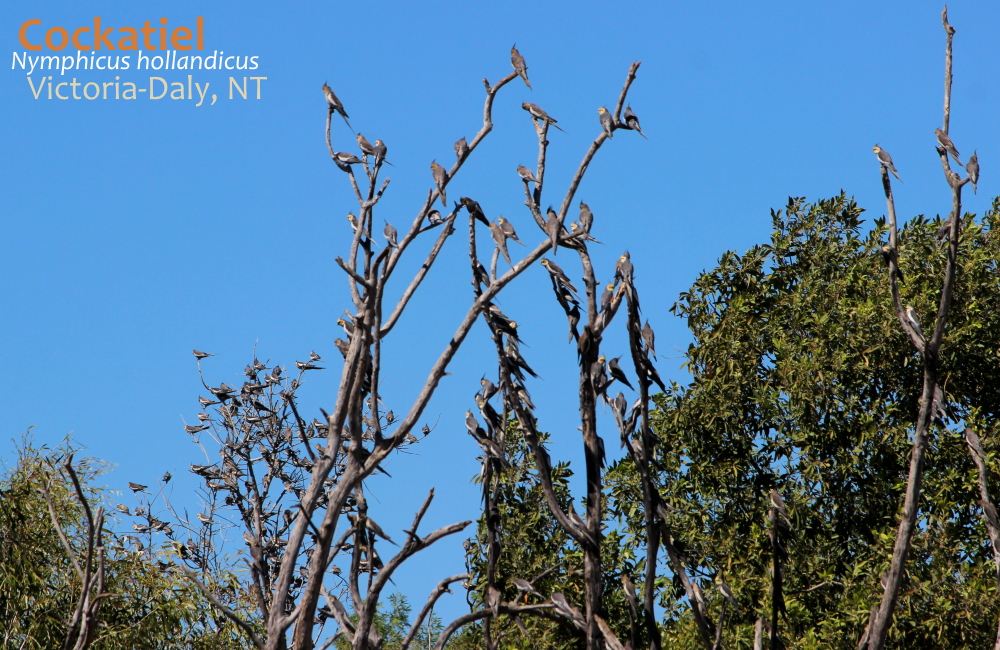 Birds are best seen in the wild.

In the wild is where they can be what they were designed to be.

Cockatiel are a possible sighting anywhere on the Wild Top End 6 day tour, but particularly on the new southern extension near Katherine and Nitmiluk and Judbarra Gregory National Parks.