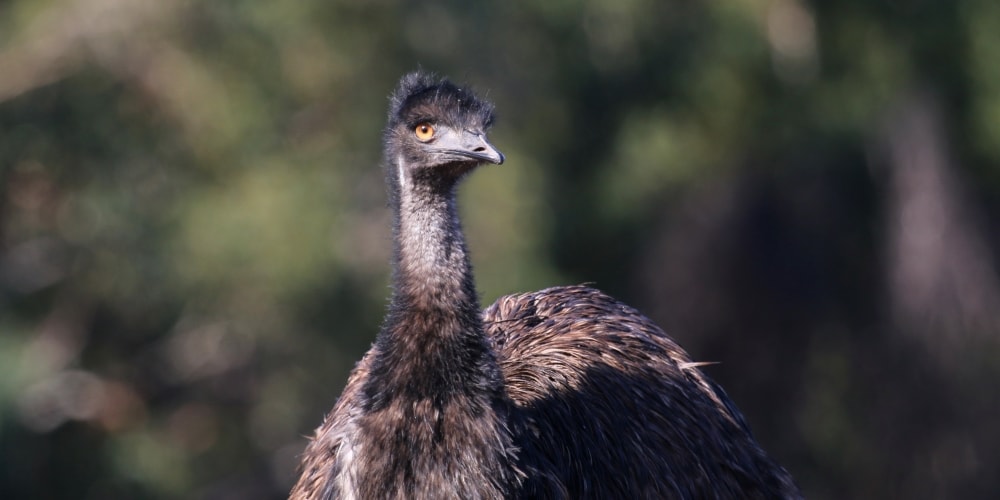 On a trip to the United States years ago I met a family while waiting for some food. Chatting, the father asked me where I was from.

He bent down to his small daughter and said:
“Honey, this lady is from the place where kangaroos live.”

Australia is a small island continent far away from most of the populated world. We have a small population for our size – around 24 million people – and though we are well represented in some international sports and have some famous TV shows, movies and musicians, we are not really well known around the world.

Except for our wildlife. 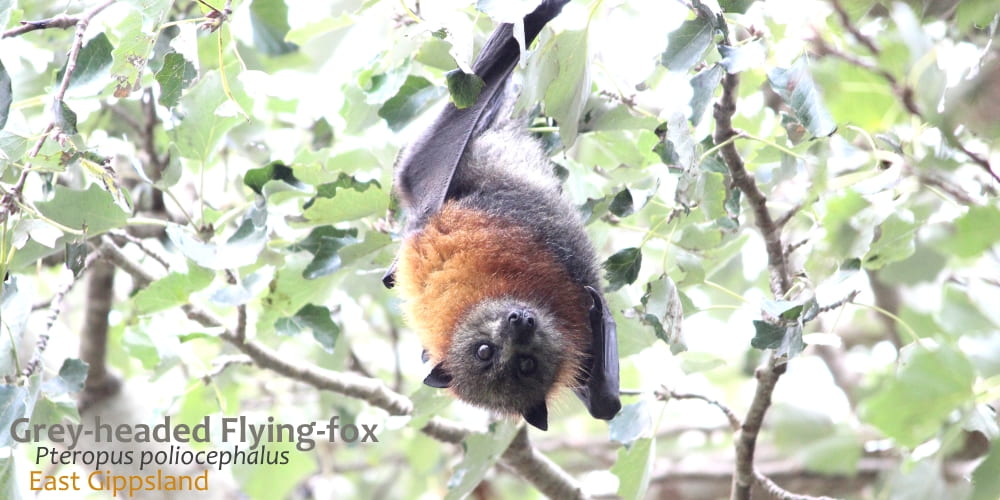 The first thing most children learn about Australia is our unusual animals.  Australia has a unique fauna: full of oddballs, weird, wild and wonderful creatures found nowhere else.

Here are five of our most unusual Australian animals, with some information about what makes them so strange: 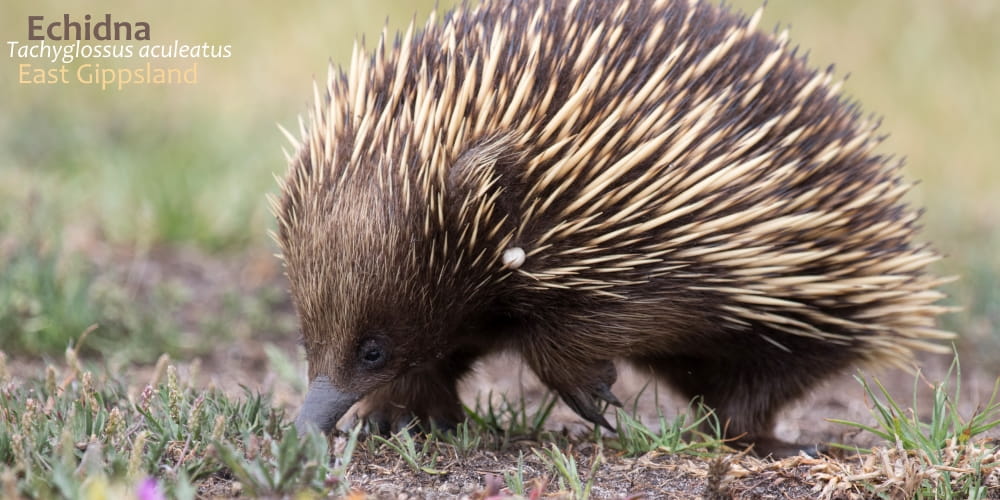 The short-beaked Echidna of Australia lays a single soft-shelled egg that is tiny. She lays it into her pouch. After about 10 days the egg hatches, and a tiny baby echidna, called a puggle, is born. The puggle stays in her pouch for about 2 to 3 months, until its spines become hard and prickly – then the mother leaves the puggle in a burrow and returns to suckle it.

We are fortunate to see these unusual Australian animals on the 21 & 15 day Maximum Wildlife tour – most often in East Gippsland, sometimes on the Great Ocean Road, and occasionally in Mungo. 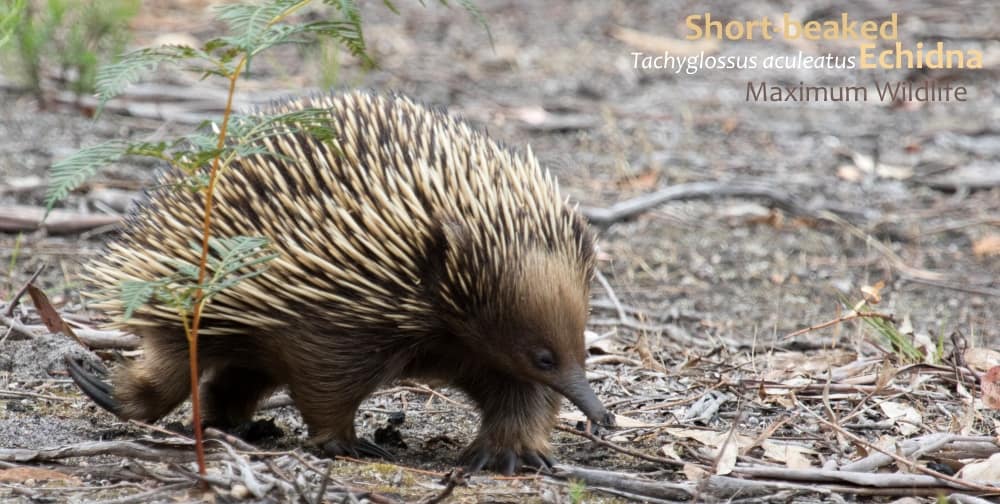 Male platypus have a spur on each hind leg that delivers venom powerful enough to cause excrutiating pain to humans. Platypus use these spurs when fighting rival males for mating rights, but they will also use them in defence if they feel threatened by another animal, like us.

Venomous mammals are very rare, and most have venom in their saliva for paralysing insect or small mammal prey. Other venomous mammals include shrews, moles and the Slow Loris. The Slow Loris, like the Platypus, has powerful venom for fighting others of its own kind.

What was that about mammals not laying eggs? They do that too.

We look for platypus in East Gippsland – 21 day Maximum Wildlife includes a spot that is very reliable for them – and on private Great Ocean Road parts of the trip. 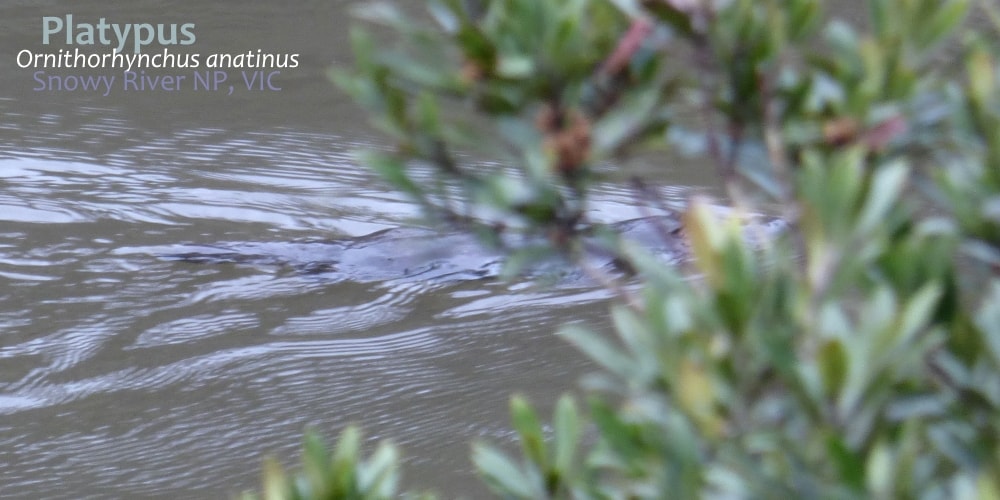 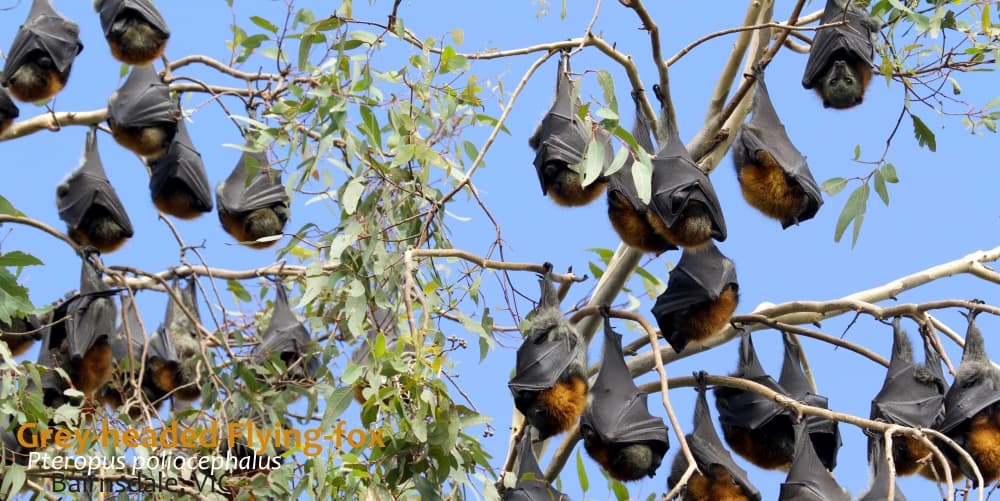 Foxes don’t fly, and foxes are not native to Australia. But Flying-foxes are Aussies through and through!

Flying-foxes are not related to foxes in any way. They are a fruit bat. But if you were to turn a fox upside down, and wrap it in a little leather straight-jacket – well… you can see where the name comes from!

Flying-foxes are large fruit bats of the genus Pteropus. They only live in Australia, Asia and on the island of Madagascar. Read about one of the world’s greatest wildlife spectacles: the flying-foxes of East Gippsland 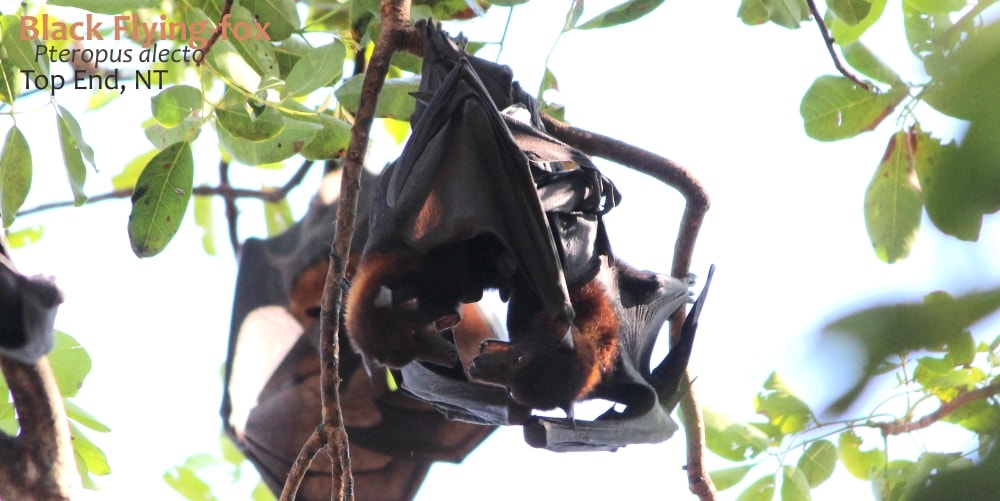 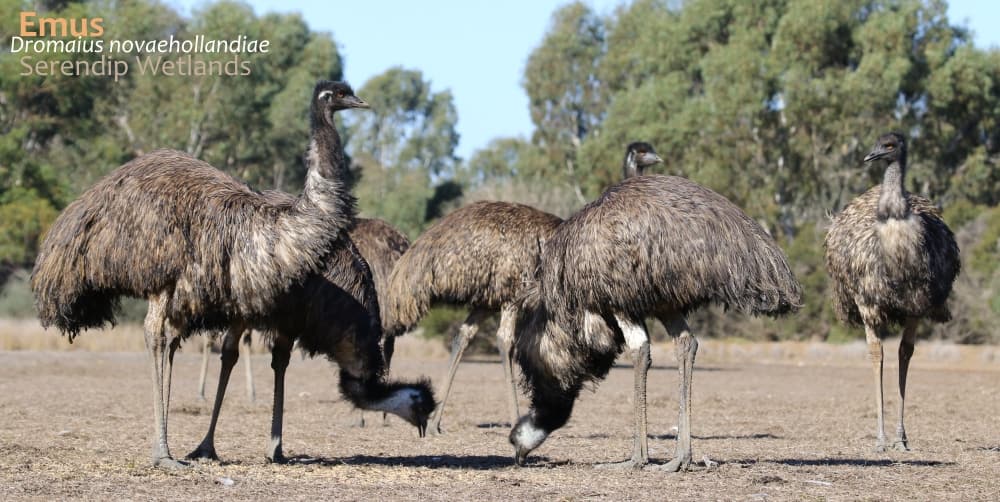 Birds have smooth tidy feathers that lock together for streamlining. Emus don’t.

Birds have keel bones on their chest for flight muscles. Emus don’t.

But Emus are still birds. They have feathers – albeit loose, messy ones (no need for streamlining when you don’t fly!) – hollow bones like other birds, and they lay eggs. Like platypus. Oops, sorry – that was contrary. They lay hard-shelled eggs, like all birds. 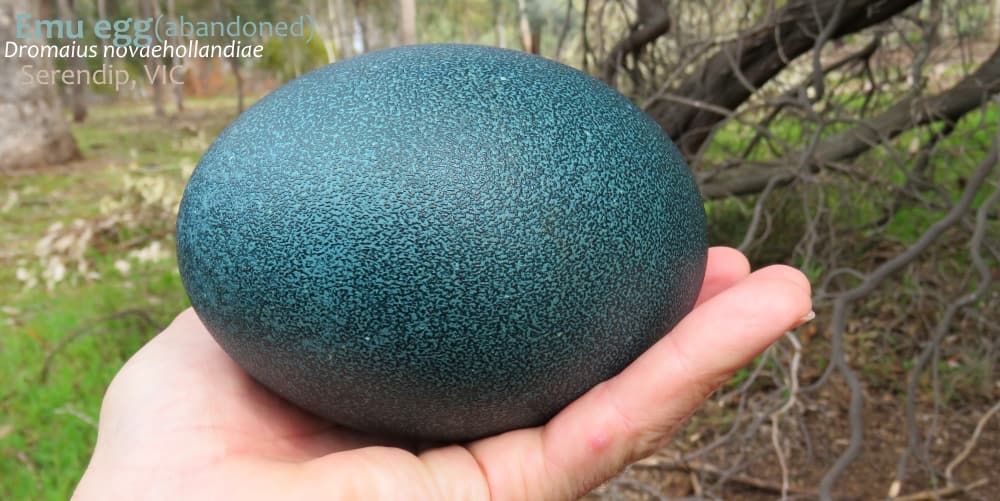 Emus are a highlight of 21 day Maximum Wildlife tours, particularly in the Mungo Outback, and Serendip in the Great Ocean Road area. We occasionally see them in East Gippsland too, and once in the Top End.

Emus are very unusual, curious and funny, especially when they are teenagers – read about my amazing experience with them at Mungo. 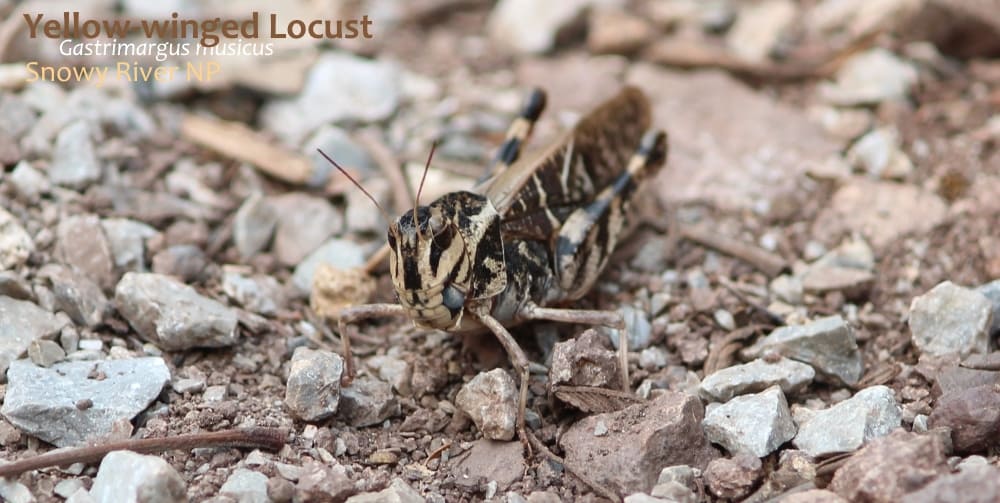 Australia has unusual mammals, birds and reptiles – but we also have some extraordinary invertebrates (insects)!

Australia is home to a stunning grasshopper which rivals butterflies for beauty and colour. The Yellow-winged Grasshopper (also known as Yellow-winged Locust) is a heart-stopper – exploding off the ground in enormous leaps, flashing bright yellow-spotted wings.

You only see it briefly, but it is irresistible.  I have never managed to get a photograph showing the wings in flight, but this diagram gives an idea. 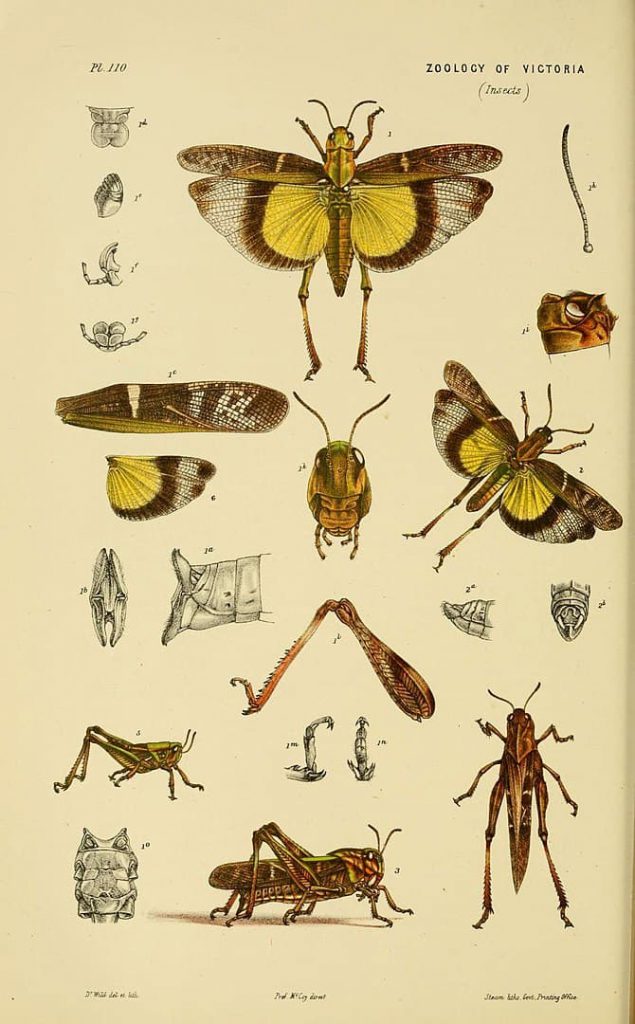 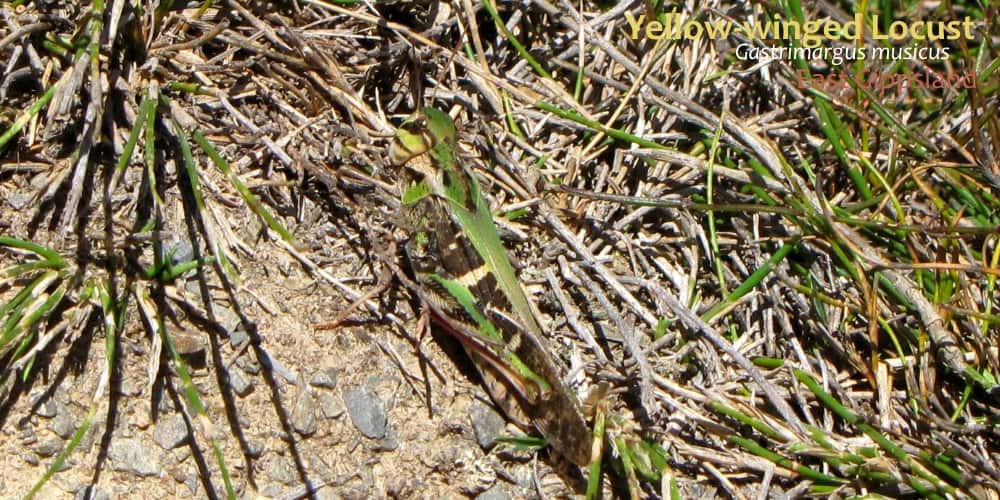 These guys are widespread throughout Australia, but we mostly see them on the nature walks in East Gippsland section of the Maximum Wildlife tour.

Australia is full of strange and weird creatures. As you can imagine it was difficult to choose the five most unusual Australian animals. There are another seven Australian animals that are so odd that we couldn’t resist writing about them: Goanna (Lace Monitor), Long-nosed Potoroo, Cape Barren Goose, Steel-blue Sawfly, Friarbirds, Golden Orb Weaver spider and Apostlebirds.

On every Wildlife Journey tour there is a time-stopping, plan-changing wildlife event. One of...
Read More

How to identify whales along the Great Ocean Road, Australia

An easy guide to identifying whales at sea along the Great Ocean Road. On our 3 day Great Ocean...
Read More