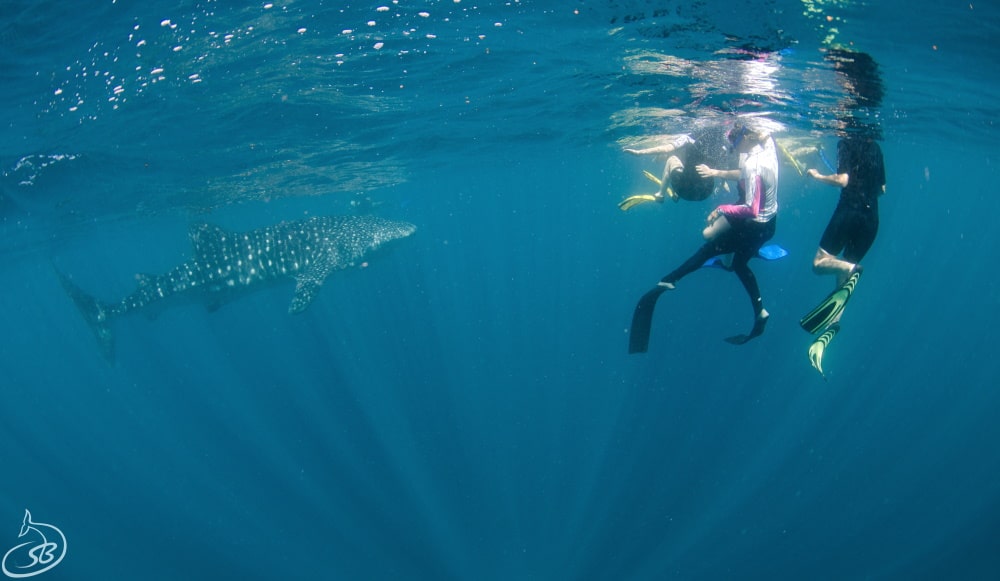 Around the world Whale Sharks are declining, but Ningaloo’s best practice tourism is helping this endangered species to thrive.

Conservation Travel expert Janine Duffy said a new study has found that whale shark numbers are increasing at Ningaloo Reef, Western Australia and March 2022 will be a great time to visit.

“Exmouth Dive and Whalesharks take photographs for scientists on every Whale Shark trip and are diligent at respecting the animal’s space,” she said.

“Tour operators have also contributed vital data for another study on injuries to whale sharks, that showed that most injuries were inflicted by large ships.”

“Top marine scientists have praised the management of the whaleshark swim industry and said tourism is integral to whale shark health.”

“But why stop there, when there’s other animals at Exmouth you can help?”

Diver Debbie Ferguson said that the Whale Shark migration at Ningaloo is in full swing and has never been better.

“We’re seeing more whale sharks than ever, they are arriving earlier and leaving later, “ said Ferguson.

“We are excited to get more travellers involved in conservation of these magnificent animals, and other wildlife,” she said.