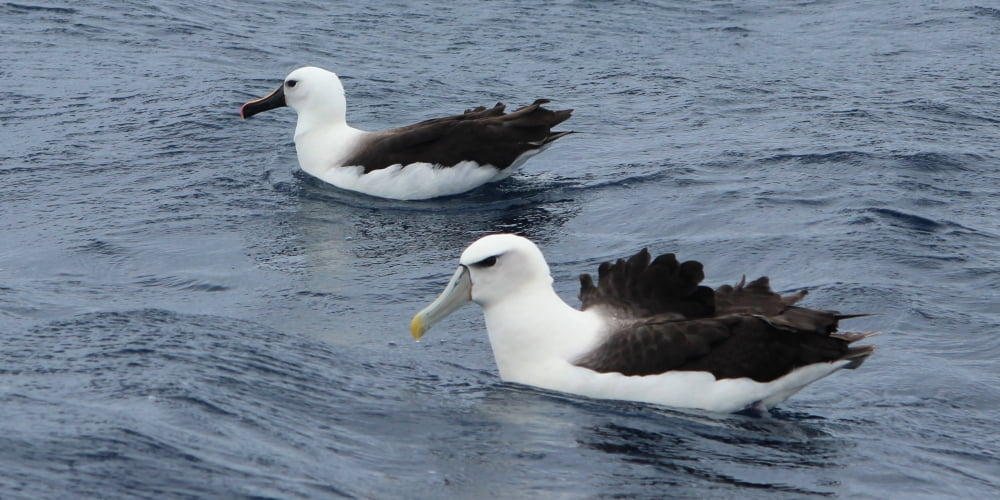 Australia is the land of the albatross. We are a nation surrounded by ocean – the Pacific to the east and north, the Indian to the west and north, and the wildest of them all – the Southern Ocean, to the south.

The Southern Ocean is the only ocean that completely encircles the globe. The constant westerly winds created by this circumpolar ocean froze Antarctica, and created albatrosses: a group of birds that can fly for days without flapping their wings. The Southern Ocean is the home of most of the world’s albatross. 19 of the 24 species of albatross occur in Australian waters, and 21 occur in the southern hemisphere (1).

Great albatrosses are the world’s largest flying birds. They have wingspans up to 3.5m – long, narrow wings made to glide on the winds of the Southern Ocean. There are 4 species in the Australian region: Wandering Diomedia exulans, New Zealand Wandering Diomedia antipodensis, Northern Royal Diomedia sandfordi and Southern Royal Albatross Diomedia epomophora.

All great albatrosses have pink bills with creamy tip and generally white heads with no shadow on the brow. New Zealand Wandering usually have at least a trace of a dark cap. At distance, the noticeable feature separating them from mollymawks is their size, whitish backs, and dark wings that whiten with age in some species.

On pelagic birding boat trips we usually see a couple of great albatrosses, mostly Wandering, New Zealand Wandering subspecies gibsoni, and Southern Royal Albatross. We only see a couple of individuals – these albatross are some of the rarest and most threatened creatures on earth. Smaller albatross “mollymawks” are the most frequently-seen albatross in Southern Australia. They can sometimes be seen from shore in East Gippsland and along the Great Ocean Road.

The elegant Shy Albatross Thalassarche cauta, with its shadowed brow, grey-tinted head and charcoal upperwings is our largest mollymawk. Their bills are grey, and their underwing has a very narrow black leading and trailing edge. They only breed in Bass Strait between Tasmania and Victoria, and off southern Tasmania. 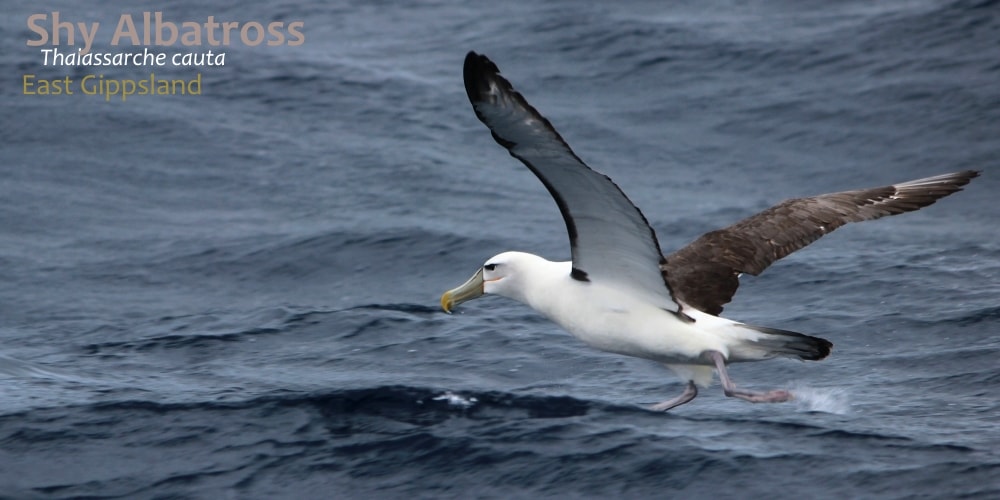 Read a wonderful story about how scientists & WWF are trying to help Shy Albatross.

The Black-browed & Campbell Albatross Thalassarche melanophris & T. impavida are the next largest – both have the shadowed brow, but their bills are yellow to coral pink and their heads are bright white. Their underwing has a thick black leading edge. Campbell’s have a pale golden eye, Black-browed have a dark eye. Both breed at sub-antarctic islands, Campbell only at Campbell Island off New Zealand. Buller’s Albatross Thalassarche bulleri is the flashy fashionista of the albatross world. They are small, fine and long-winged. Their bill is a glossy liquorice-allsorts of black and shocking bright yellow. Their heads are pearly mid-grey, with shadowed brow, white eyeliner and a white cap. At distance in flight their whole front half seems grey-dark, with white tail end. 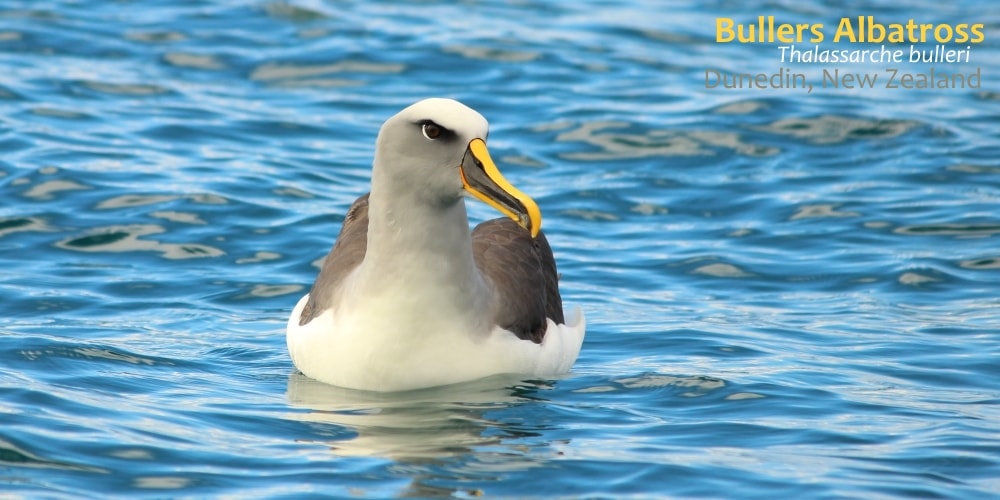 The Indian Yellow-nosed Albatross Thalassarche carteri is the smallest of our frequently-seen mollymawks. They don’t have as much of the shadowed brow of the others, their head is bright white and their bill appears black at first – but on closer viewing a yellow stripe can be seen on top. Like the Bullers, their underwing has a broad neat black leading edge. Amazingly, there is no Australian federal government conservation advice or recovery plan for this endangered species of Australian albatross.

We are fortunate to see these albatrosses frequently from land, or on pelagic birding boat trips off south-eastern Australia. Also Grey-headed, Sooty and Light-mantled Sooty Albatross are occasionally seen, Salvin’s, Chatham, Lysan and Atlantic Yellow-nosed Albatross are rare or vagrant.

We don’t organise pelagic birding trips ourselves, we have contacts that do, and can arrange or recommend some amazing ocean boat trips as part of the Maximum Wildlife tour packages.

Almost every albatross species is threatened. Some are critically endangered. Commercial fishing, human-induced climate change and plastic pollution are the culprits – albatrosses get caught on long-line fishing hooks, get entangled in discarded fishing line and nets, ingest plastic and feed it to their chicks, and their fish and squid prey are being damaged by climate change.

Our humpback swims at Ningaloo are unique, here’s 5 great reasons why

New Facts about Whale Sharks: they recover quickly from wounds and may even regrow parts of their bodies; Big ships are hurting them, but Western Australia’s tour operators are helping; Globally endangered, but increasing at Ningaloo Reef; Male Whale Sharks grow fast when young, females grow bigger but more slowly; Whale Sharks give birth to live young, 300 at a time, but almost nothing is known about their breeding