There’s an Echidna in my playground! 2 rules for respecting wild animals 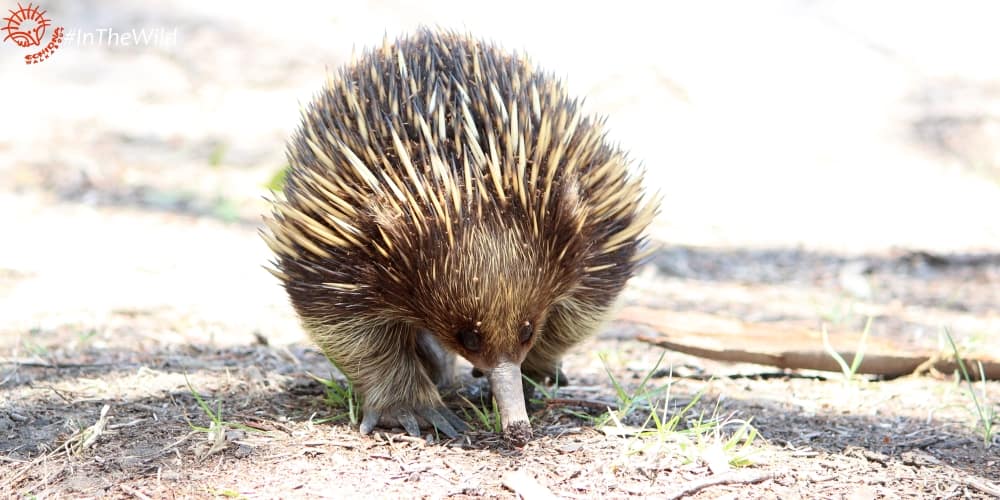 There are two simple rules for respecting and protecting wild animals:

Not Too Close and Never Encircle.

Let me explain by telling a true story that happened on my most recent Wildlife Journey:

After a long and exciting drive from Melbourne to Raymond Island, East Gippsland, we were desperate for lunch. I pulled up at the picnic ground near the ferry ramp, and unloaded our food.

Lots of people were standing around in the playground equipment, but at first I didn’t take much notice – it was summer school holidays, I expected a crowd. I started setting up lunch. Then I noticed the crowd were looking at something.

I put down the plates and stepped forward.

There was an Echidna under the slippery slide. 20 people were clustered around the animal.

A man with two small children smiled at me and said: “I’ve glad you’ve come. This Echidna needs help.”

Later I asked the man why he said that. “I saw the Echidna Walkabout logo on your vehicle, and I thought someone must have called a specialist echidna rescuer” Hahaha. We’re a tour operator, not a wildlife rescue service but the logo doesn’t specify!

I ascertained that the Echidna had been under the slide for five minutes or so, and that several people had tried to ‘rescue’ it.

Of course they had not succeeded. Echidnas in the ground are like anchors in wet sand. They dig down vertically, then push their feet out horizontally. If you grab them and pull the echidna forces itself down with momentous strength.

I once heard of a captured echidna moving a full size fridge out from the wall.

After some quick questions of members of the crowd, I realised the problem. The Echidna was fine, but trapped by the friendly interest of a circle of people. Most of the people were standing too close – less than 2 metres from the echidna.

“I have a solution” I announced. 20 pairs of eyes looked at me, relieved.

“Everyone come around this side and step back a few metres”. To their great credit, they all did – mums, dads, kids, tourists, locals – no questions asked. After all, I was the “Specialist Echidna Rescue Service”. (see the note: A Funny Aside, above)

It only took 30 seconds. 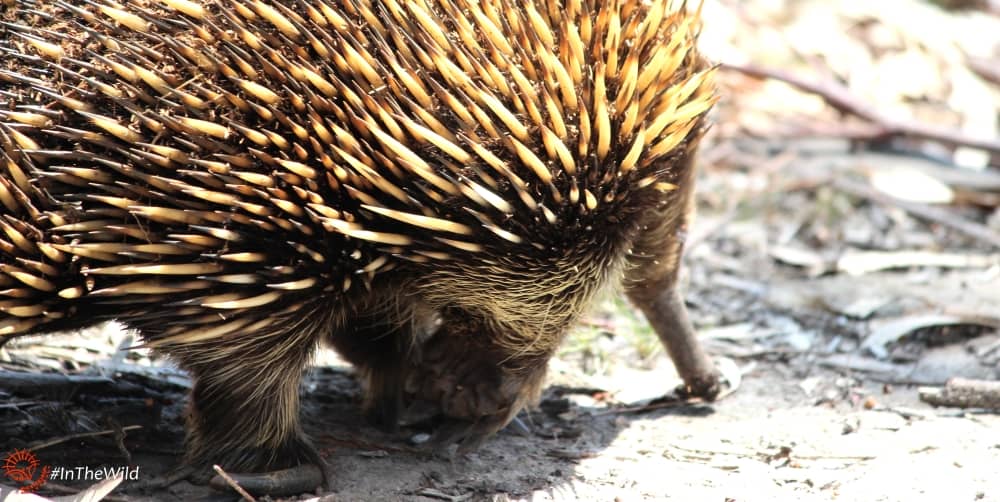 Up came the Echidna, like a little whale in a sea of pine bark chips, and calmly and confidently walked out from under the slide and over to a garden bed.  Read about the strange way echidnas walk here.

There was nothing wrong with this Echidna, and she wasn’t traumatised by her ordeal. She proceeded to forage through the garden bed, along the path, through the playground for the next half hour. All the way she was watched by continually-replenishing visitors, who supplied the occasional reminder to keep back and give her space. 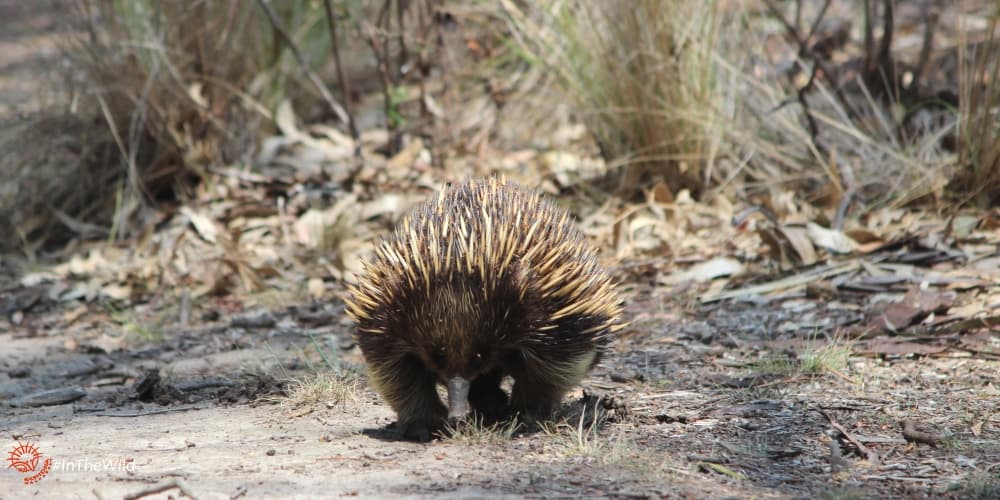 The two simple rules for respecting wild animals are:

But what is too close?

Tip: If you can take a great picture with your iPhone, you’re too close. As a rule, try 20 metres.

It doesn’t really matter whether you think the animal is dangerous or not – most wild animals can be dangerous if frightened. There are plenty of stories of kangaroos, koalas, wallabies, possums, wombats, quokkas and seals hurting people. Usually it happened for a reason, but it can be hard for an untrained observer to understand a wild animal’s body language.

No-one likes to be surrounded....

No-one likes to be surrounded, especially the small and vulnerable.

Look at it from the animal’s point of view – what can it see/hear/smell? An unbroken circle of feet and legs of enormous dangerous creatures? An overwhelming babble of noise that makes it hard to hear? An assaulting smell of unnatural chemicals, soap, deodorant and shampoo that stun its sensitive nose?

Most wild animals have adapted over thousands of years to know humans are dangerous. Their natural, instinctive response is to fear us. They can’t undo that in a generation or two. And no, they don’t know that you’re trying to help.

It would be the same for you if you were surrounded by wild lions. Your heart rate would be up, your flight or fight response would kick in. You would do exactly what the echidna did – hunker down and not move.  (Or possibly get out your mobile phone and call emergency…but echidnas don’t have that option!) 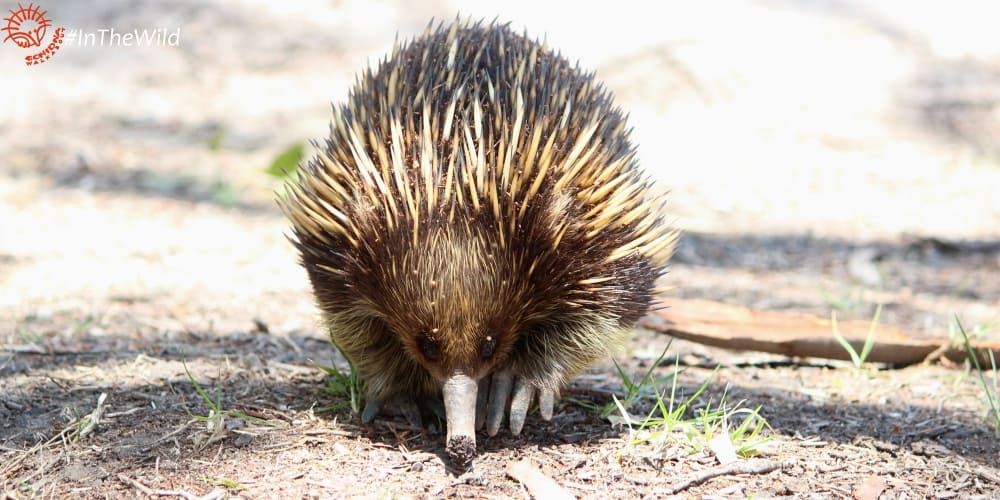 After the Echidna was ‘rescued’ it was lovely to watch how the majority of the crowd employed the two simple rules for respecting a wild animal. Parents would remind their kids, new visitors were informed, all amicably. In general, people do want to do the right thing. They just need to know what to do and why.

Next time you are travelling and see a wild animal, think of the two rules. Not Too Close, Never Encircle. If you see someone too close, gently tell them – most people respond well to friendly, helpful information. You might save them, or a wild animal from injury.

All this happened on a 4 day Wildlife Journey in East Gippsland – a region famed for diverse and abundant wild animals. 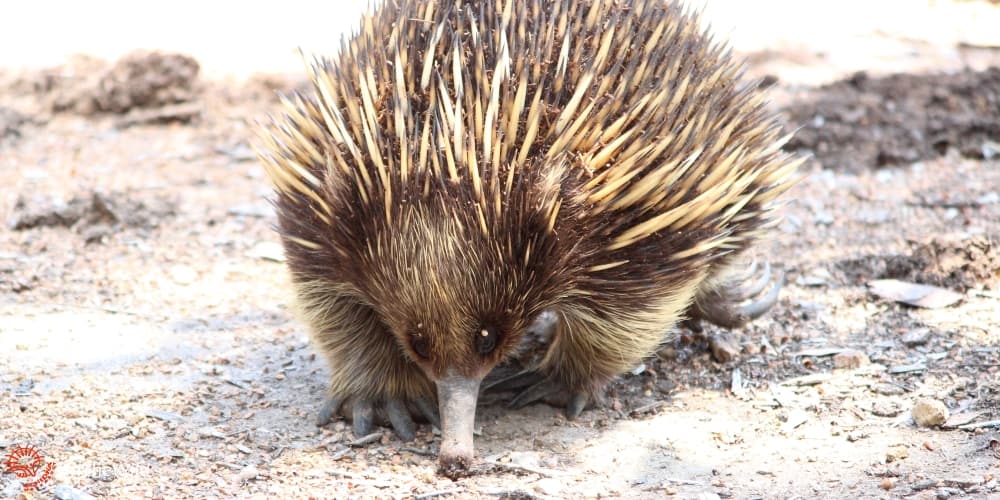 1)   Tips from the US National Parks Conservation Association: https://www.npca.org/articles/1267-10-tips-to-respect-wildlife-stay-safe-and-avoid-internet-ridicule

Here’s a good blog about 4 simple rules to teach children how to respect animals: https://www.animalrescueprofessionals.org/general-blog/sliderules-teach-kids-about-animals/