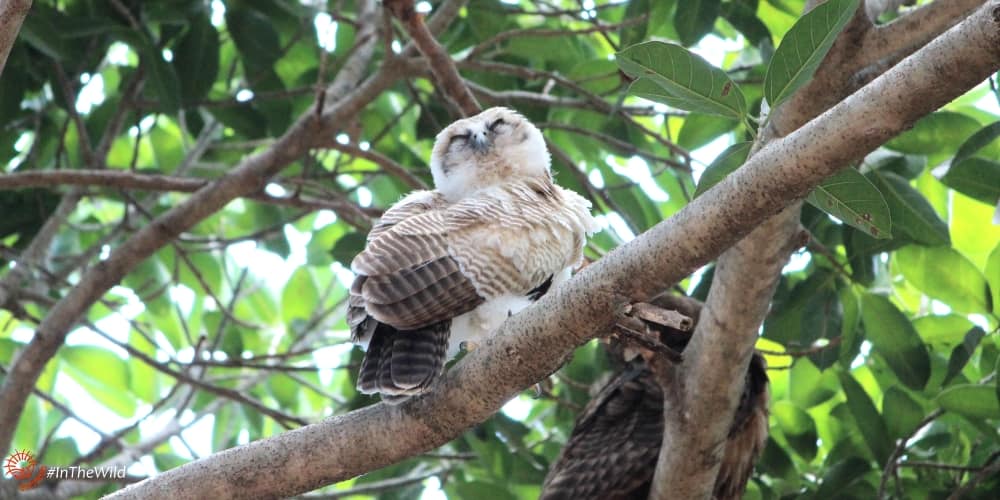 Years ago we saw a deceased Rufous Owl while on tour in the Northern Territory. It was heartbreaking to see this magnificent large rainforest owl for the first time in that way.

So it was with great excitement, and some nervousness, that we walked through the Darwin Botanic Gardens in August 2018. We had heard on Birdline Northern Territory facebook group that Rufous Owls had been sighted (thankyou Laurie Ross), but we know from experience with East Gippsland’s Powerful Owls that big owls can be hard to find in the daytime.

Read about the Powerful Owls of East Gippsland

About the Rufous Owl

Rufous Owls Ninox rufa are very large owls in the Hawk-Owls (Ninox) group. They are most closely related to the Powerful Owl of south-eastern Australia. Unusually for raptors, the male Rufous Owl is larger than the female. This also occurs with related Powerful Owls (Ninox strenua) and Barking Owls (Ninox connivens). In Australia, they feed on mammals and birds, taking prey as large as Northern Brushtail Possums. Rufous Owls are uncommon to rare across their range. They are currently listed as Least Concern, but the population size is unknown, and decreasing.

I spotted the male owl in a big Banyan Fig, while Roger and a friendly local spotted the female nearby. 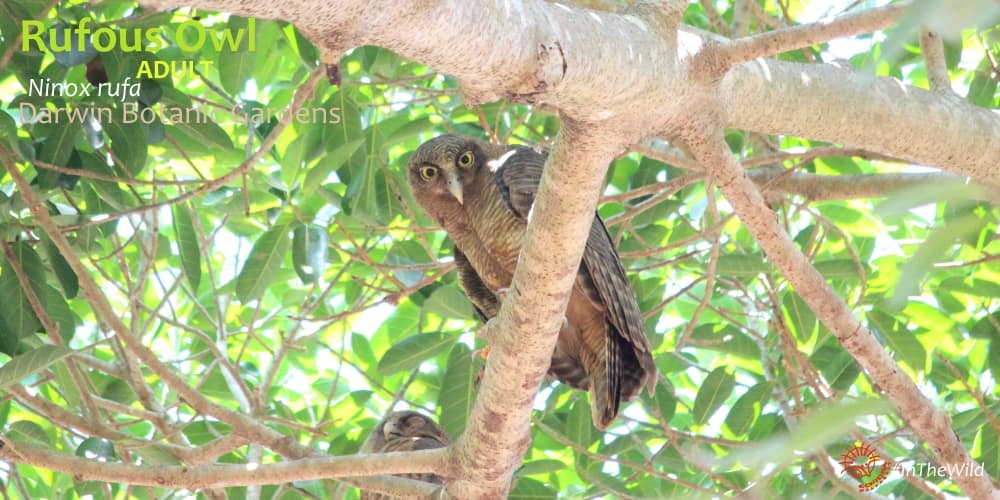 We were relieved. Our history touring with Rufous Owls in the Northern Territory was no longer one of sadness.

Then in September 2018 we returned, with even more excitement. Reports had been flooding in: the owls had a baby!

We expected a white fluffball looking nothing like a supreme predator. We were wrong – she* was white and cute, but distinguished-looking. 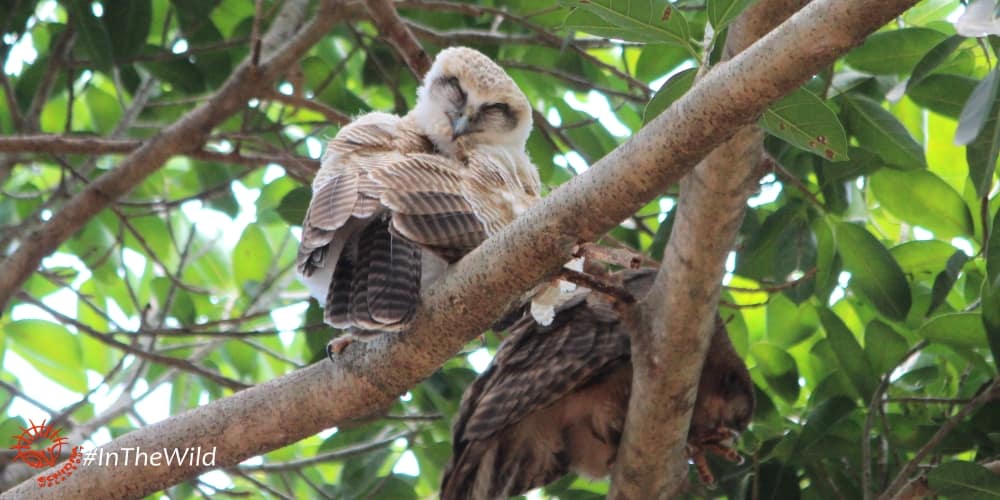 Our guests were thrilled, but we were even more excited – to us it was personal. Not only had the owls survived Cyclone Marcus, which ripped through Darwin in March 2018, they were thriving.

We watched the baby preening for some time – she was working hard ensuring her beautiful banded white, brown and black feathers were in top condition for her next big adventure. Flight.

We wish them all well. 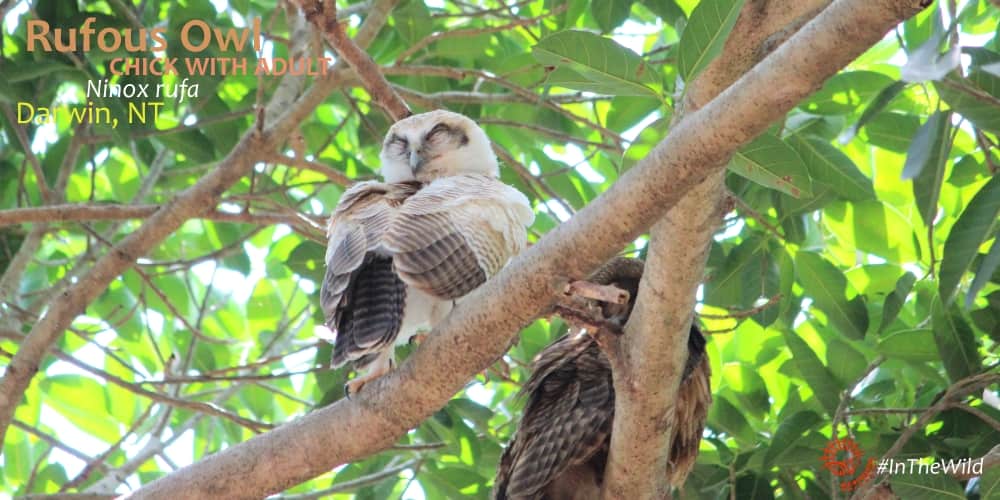 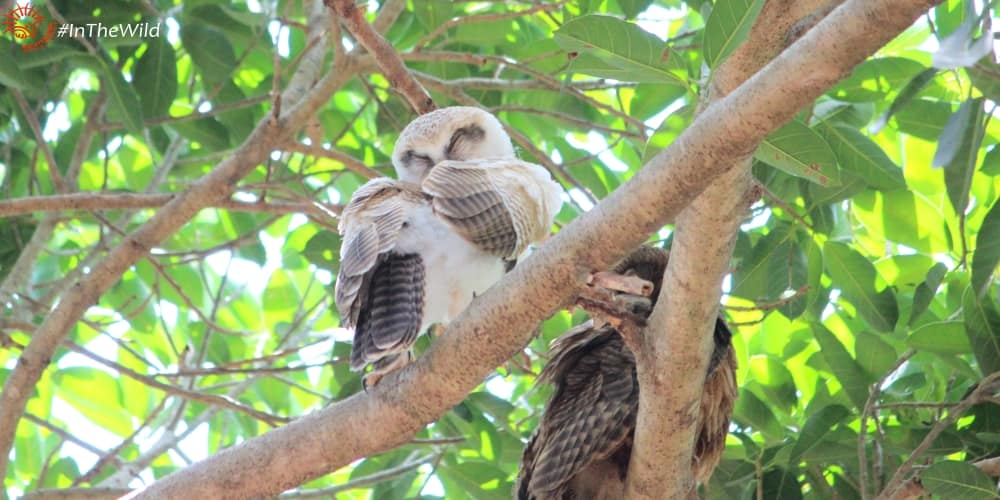 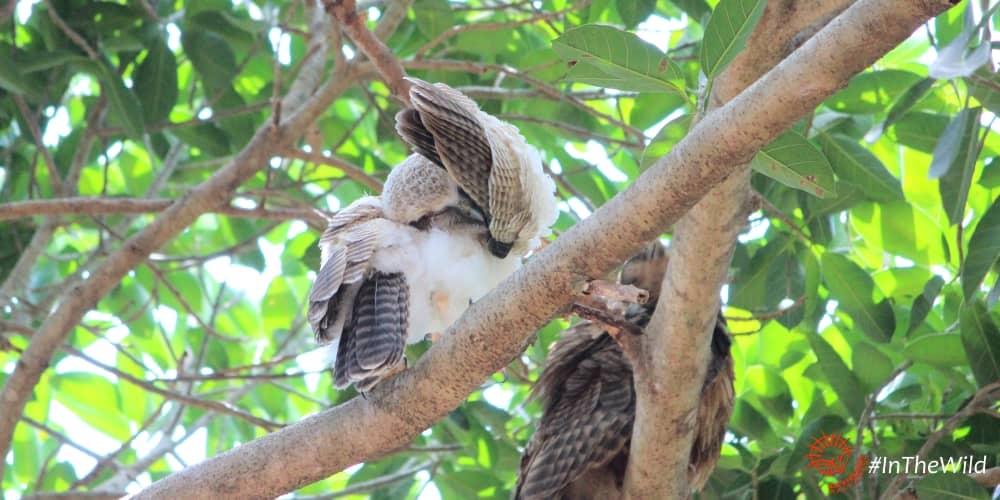 Wild Top End 6 day tours to the Northern Territory run every July, August & September – we saw these owls on this tour, and plan to visit them in future – if they stay!

Read about another group of flying creatures we see on the Wild Top End trip: Butterflies!

*I have no idea of the sex of the youngster, my default is always female.