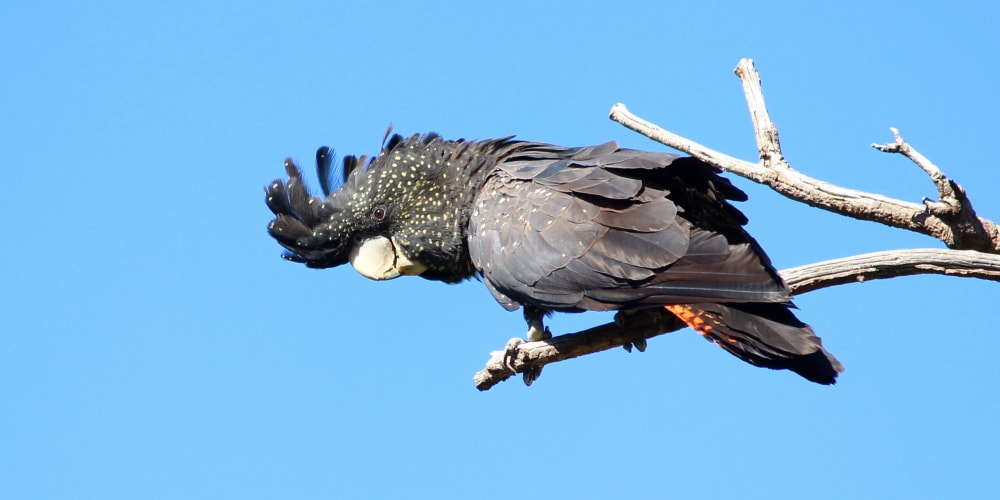 Some say that birders/bird nerds/birdwatchers are a bit crazy. Australian BirdLife’s annual Twitchathon fundraiser shows that it might be true.

Twitchathon is “The Amazing Race” for bird lovers. For one mad weekend, teams of birders race each other for the prize: seeing the most bird species in a limited time. Teams have been preparing for months – checking sites, planning strategies, researching bird observations on eBird.org, memorising bird calls from phone apps.

The real winners of Twitchathon 2019 are the birds, who benefit through tree planting, roosting sites, research and habitat protection. So we thought we would write this article to celebrate the teams that raise the most money for Australian birds this year.

In 2018 teams from all over Australia raised over $40,000 for birds including the Mallee Emu-wren of Victoria & South Australia, and the endangered Regent Honeyeater of NSW, Vic & Qld. This year the target was $60,000, and and they made it!!

This year the little-known King Island Brown Thornbill will benefit from Tasmanian twitchathon teams including the Spooted Paradolts, Bird Nerds and Just a Gull; and nest boxes will be built for the south-eastern Red-tailed Black Cockatoo thanks to the efforts of South Australian teams Fowler’s Folly, the Belair Twitch Project and others.

In the Northern Territory a small Darwin-based team have captured our hearts with their Star Wars theme. The Mannikin Skywalkers say:

“Coming from all flights of life, the Mannikin Skywalkers are not Emused with the fowl treatment of native birds. We aint no lyres, we peliCAN help Tern this CATastrophy (we dislike those) around like the neck of an owl so our birds can have a splendid envi(wren)ment and not disappear like the paradise parrot.” Read more and donate here.

Money raised by the Mannikin Skywalkers and the other NT teams will be used to buy a scope for volunteer researchers to count endangered shorebirds on Shoal Bay, Darwin, a Key Biodiversity Area. Any extra will support the Larrakia Rangers to protect and improve Shoal Bay for the shorebirds.  We visit Lee Point, part of Shoal Bay, to see the shorebirds on our Wild Top End 6 day tour. 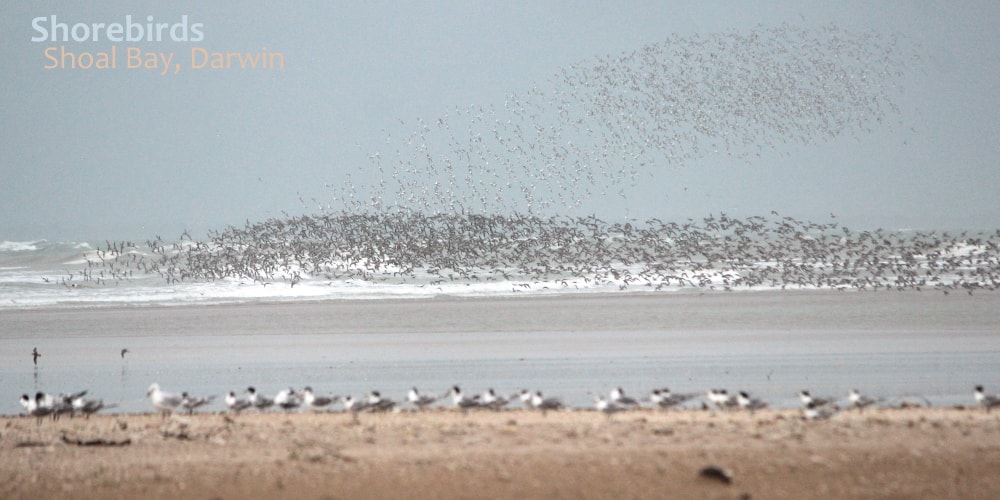 South-eastern Red-tailed Black Cockatoo
This magnificent large cockatoo used to live right across Australia, but their south-eastern population has declined to just 1000 birds due to habitat destruction. We have seen them only rarely on our Great Ocean Road tour.

Migratory Shorebirds, including Great Knot & Eastern Curlew
Such an important project – Darwin’s Shoal Bay is one of the first places waders can rest and feed after an epic journey across the Pacific. But increasing pollution and human interference are making it hard for them. 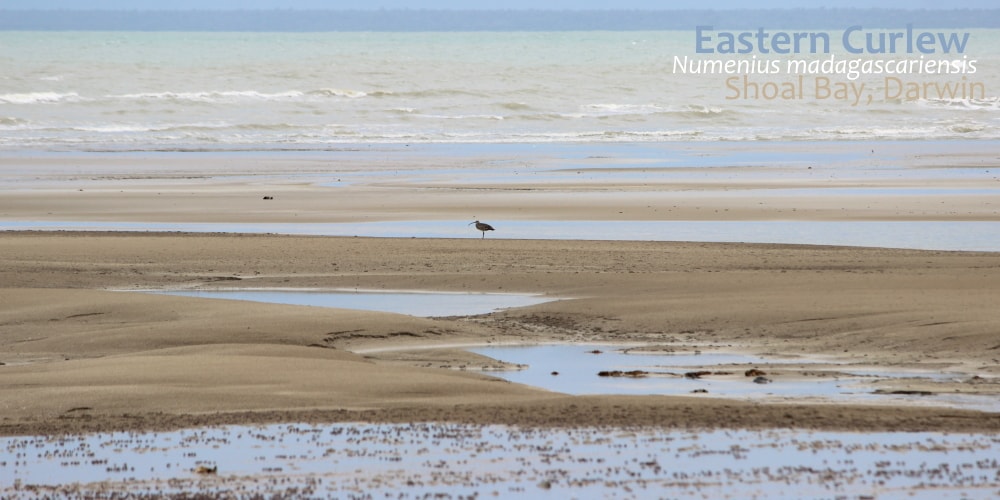 Eungella Honeyeater
A beautiful bird restricted to a tiny area in the Mackay region of north Queensland. In 2018 a bushfire destroyed a large area of their only habitat – leaving scientists worried that these birds may not have enough forest left to survive in the long term.

Bush Stone-curlew
These large ground birds fill the nights with sound in Australia’s north, but their calls have gone silent in the south. Funds raised help the reintroduction of these wonderful birds to the ACT. 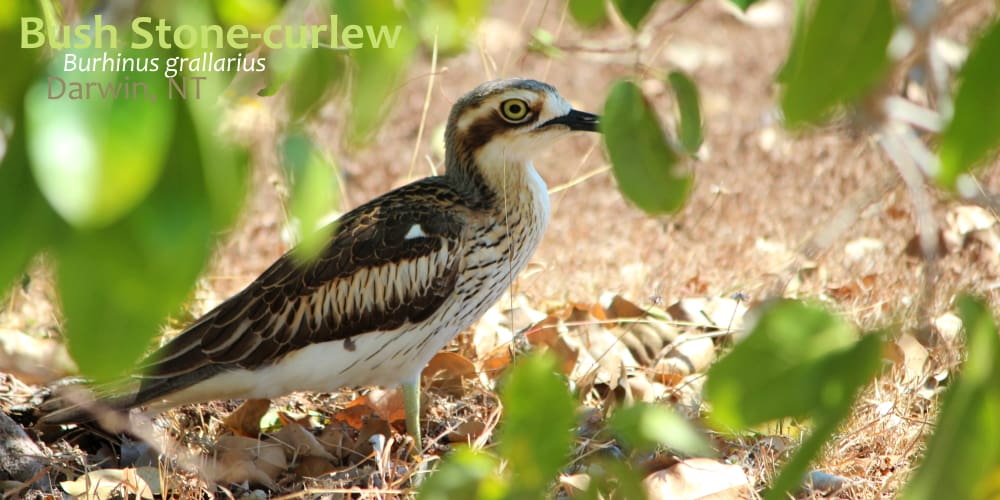 King Island Brown Thornbill
Brown Thornbills are cheerful tiny birds that we love to see in the eucalyptus forests of south-eastern Australia – and King Island has its own subspecies. But after decades of land clearing and bushfires, so few are left that scientists fear that this tiny bird will go extinct in the next 20 years. BirdLife Australia is working hard on King Island to improve habitat, educate landowners, and turn the tide for these sweeties.

Shorebirds Floating Roost Project, for Curlew Sandpipers, Red-necked Stints & others
We have seen this project working at the Western Treatment Plant, near Melbourne, which we visit on bird tours and Maximum Wildlife tours. It doesn’t sound as essential as some of the other projects, but it is – without safe places to rest, migratory shorebirds can’t fatten up for their long flight to the Arctic to breed. Birds love these floating roosts, and humans can’t disturb them!

Carnaby’s Black-Cockatoo
We have been fortunate to see these glorious big cockatoos on our Maximum Wildlife trips to WA. But will future visitors get to see them? Their population has halved in recent decades, so these iconic Aussie birds desperately need a massive tree planting effort to save the species. 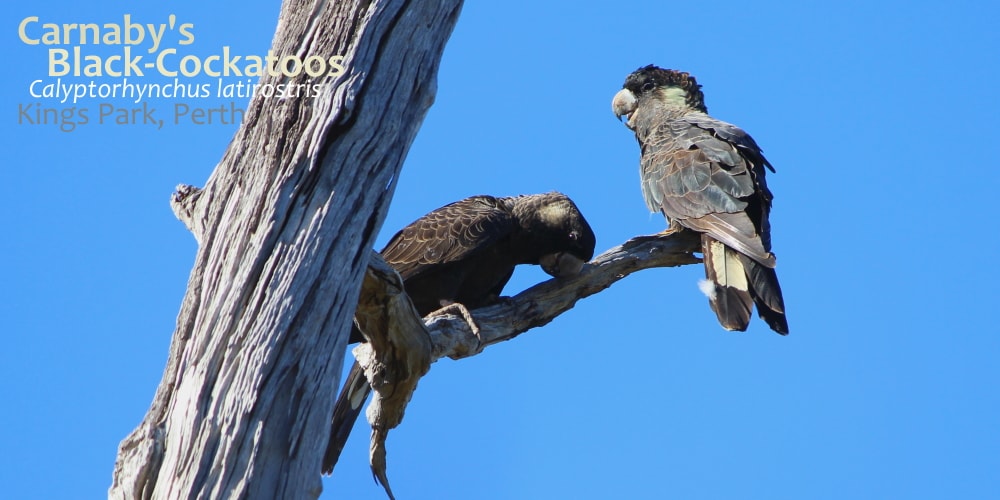 Echidna Walkabout Nature Tours as a company is proud to have donated to the Northern Territory Migratory Shorebirds project, and privately as an individual (Janine Duffy) to the King Island Brown Thornbill and the Bush Stone-curlew for Twitchathon 2019.  But its so hard to choose a favourite!

Here are the current leaders in the race to raise funds for Australian birds, by state:

Please help!  You can still donate to twitchathon anytime until the end of 2019.  We will try to keep updated these results of the most important race to raise money to save Australia’s birds.

Details of some of the reef fish we see snorkelling at Ningaloo Reef Western Australia, and how we record them for conservation purposes.

When you think of iconic wildlife of northern Australia, insects might be low down on your list....
Read More

Tawny Frogmouths are the sleepy non-responsive teenagers of the bird world. They become active at...
Read More

On our Maximum Wildlife tour we travel to East Gippsland, in south-east Australia and Kakadu, in...
Read More

Someone asked me the other day: “How do Wildlife Guides know so much?” The Australian Bush is our...
Read More

The Cape Range, Western Australia is full of life – rock-wallabies, dingoes, emus, bowerbirds,, butcherbirds, fairywrens – which comes as a surprise when most go to Ningaloo for the sea. Help protect these special, rare and endangered animals.