Night sounds of the Northern Territory 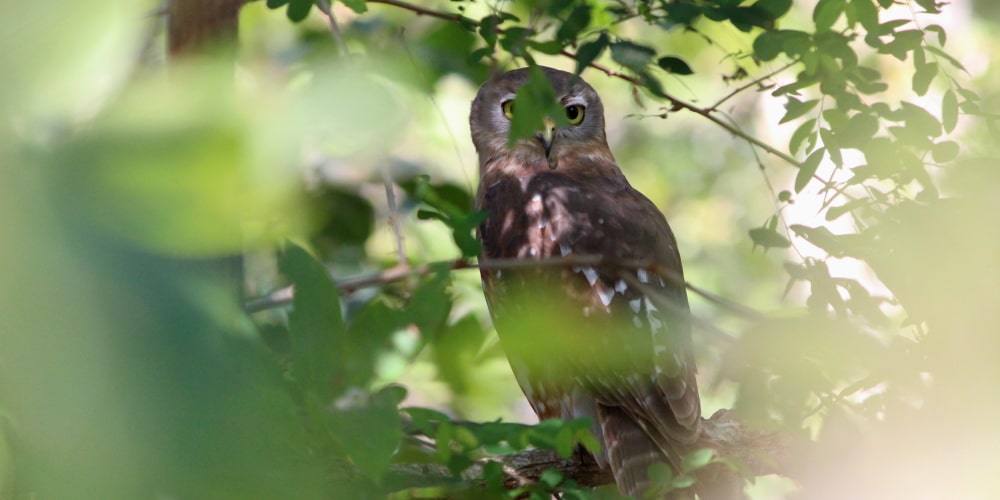 At night, the Northern Territory Top End is for listening.

There’s a special tropical hum in the air – the wonderful sound of healthy insect populations, particularly crickets and katydids, that come to life after dark in the Top End.

But there’s another sound, a metallic chop chop chop..

Its the sound of a night bird of the Northern Territory: the Large-tailed Nightjar.

….the sound is followed by a wail … 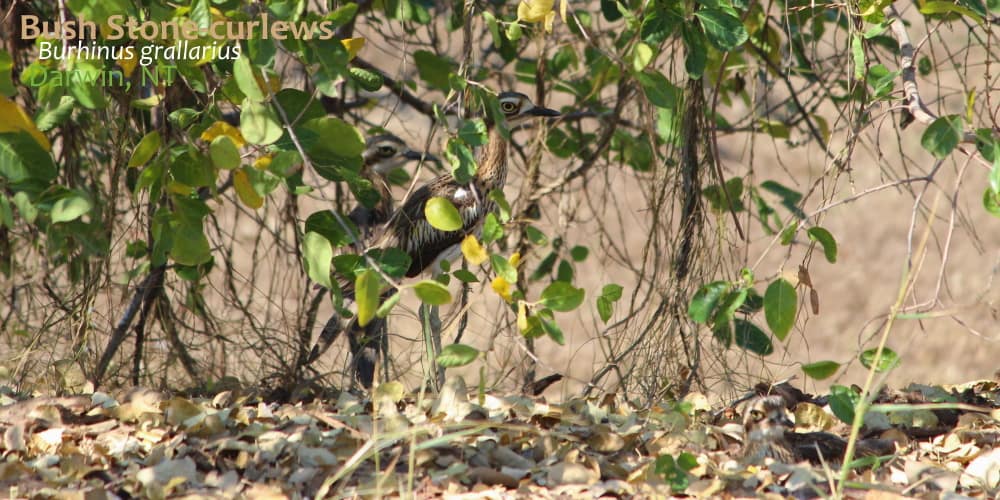 …then the barking of a small lap dog. Ruff-ruff… ruff ruff….  But hang on, there’s no small lap dogs in the Bush in Kakadu.

Its a Barking Owl! Ninox connivens  Learn more about them here. 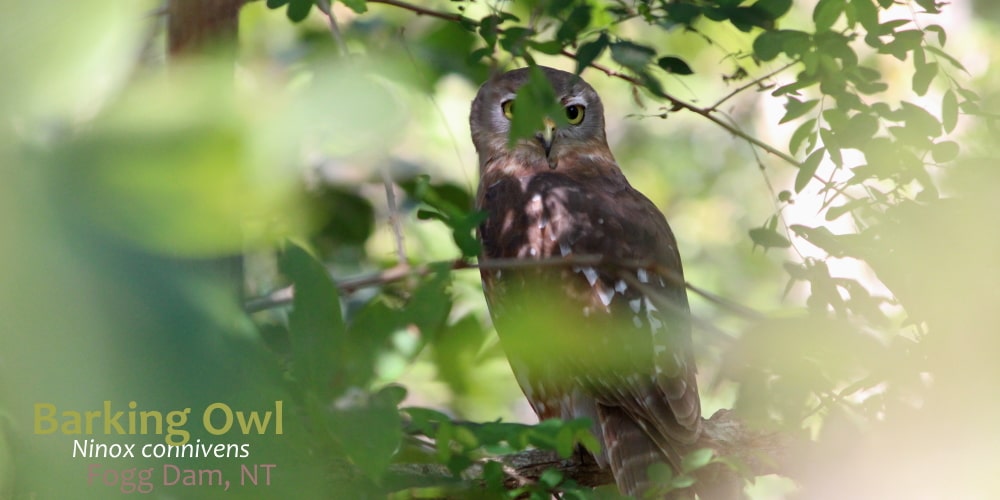 Later that night, you hear a howl that could only be a Dingo…. 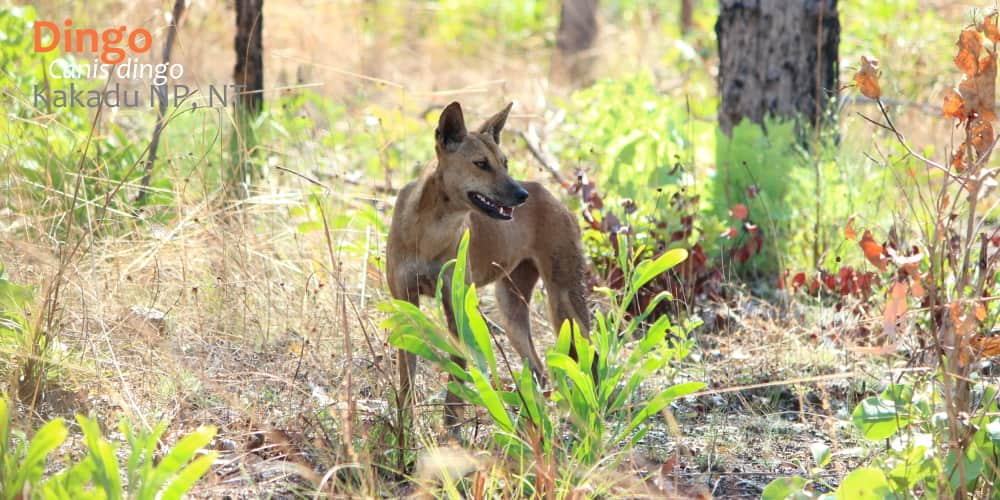 Night-time is full of bird sounds and animal movement in the tropical Top End. The temperature is mild, so a lot of wildlife becomes active. Plumed and Wandering Whistling-ducks fly away from the billabongs into the vast savannah grasslands to feed overnight, their wings whistling as they fly.

Reptiles move about too, but silently. I’ll never forget on our first trip to the Northern Territory, stopping the car regularly at night to give way to an Olive or Water Python or Brown Tree Snake.

Earlier, as night began, a different suite of wildlife enjoyed the cooler temperatures.

At sunset at Shady Camp, on the Mary River Northern Territory, daytime birds fly out along the rivers, heading for the coast. Over the years we’ve seen huge flocks of Whiskered and Gull-billed Terns, Brolgas, Intermediate Egrets and Glossy Ibis Plegadis falcinellus. Read about the surprising wildlife of Shady Camp here. 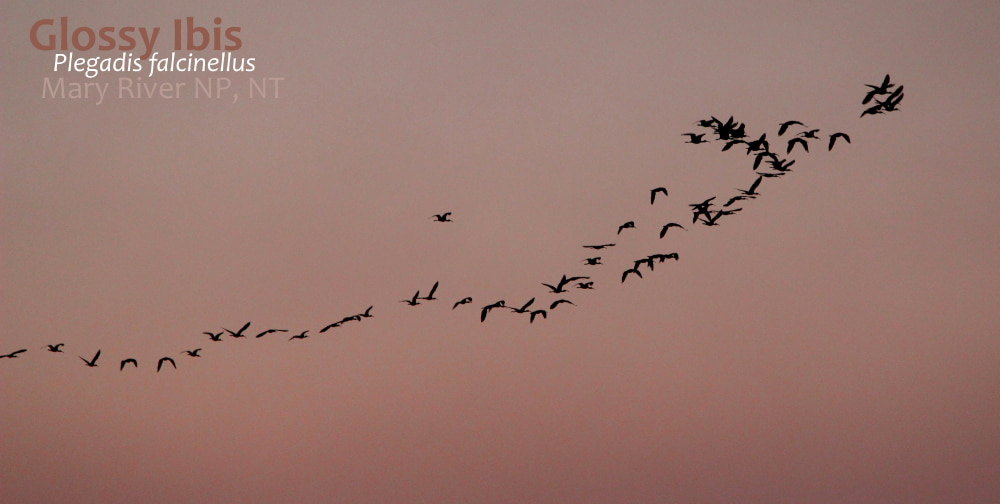 At dusk, near the Arnhemland escarpment, rare birds like the Banded Fruit-dove Ptilinopus alligator creep out from their shady daytime roosts and sit exposed, checking the nocturnal scene. Satisfied, they fly off to feed on figs at night in some inaccessible rainforest crevice, far from human eyes.

Wilkins’ Rock-wallabies Petrogale wilkinsi emerge from their rock overhangs at dusk. These mammals are wary in daylight, but bold after dark. Learn about this newly-described wallaby species.

Flying-foxes, silent at night, are noisy when they leave their camps at dusk.

Most surprising of all, tiny Star Finches Neochmia ruficauda feed noisily in the tall grass after sunset. If you are lucky enough to be nearby, you won’t believe the noise they make.  When I recorded this video in August 2019, I really thought a wallaby was about to hop out of the grass!

See all the stunning finches of the Northern Territory. 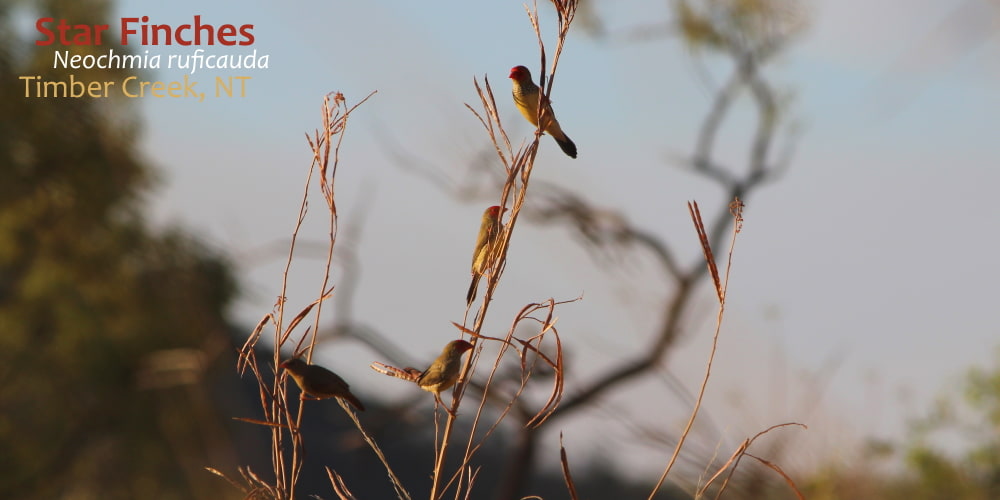 At the other end of the night, as dawn approaches, Little Corellas Cacatua sanguinea wake with enthusiasm for the coming day. Like flying-foxes they are very social, and the squealing and chattering sound of 1,000 birds is like playtime in a kindergarten. 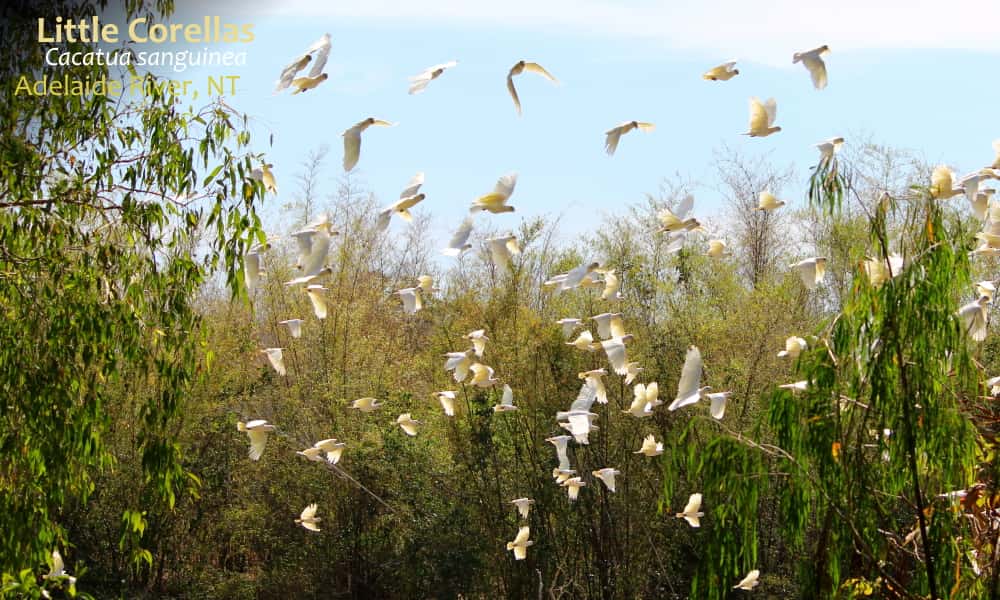 Even well after sunset, families of Blue-winged Kookaburra Dacelo leachii birds hoot and holler with a crazy song that sounds like a monkey. Read more about the beautiful kookaburras and kingfishers of the Northern Territory here. 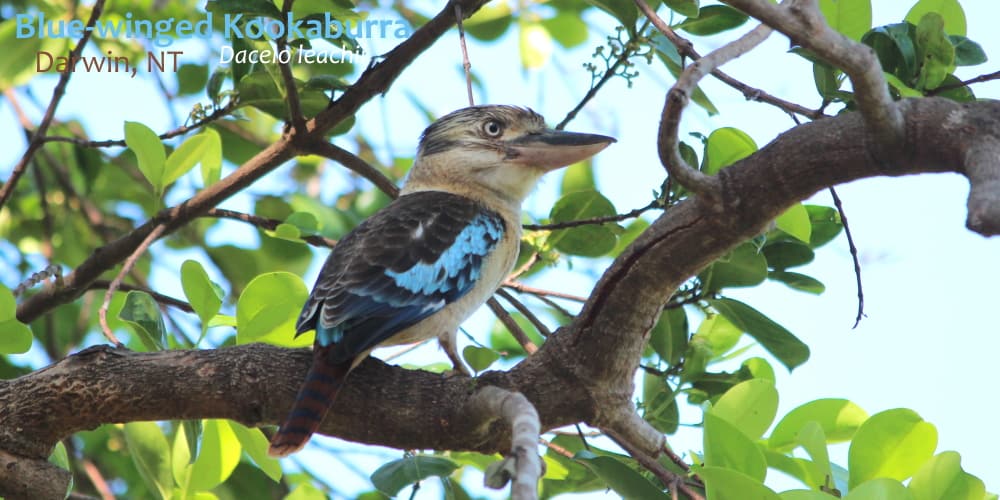 Wildlife experiences don’t stop with the sunset in the Northern Territory Top End!  Join us next July, August or September, and see and hear all this for yourself.

Listen to crickets, katydids and other insects on this cool site (from Japan – I can’t find anything similar from Australia): http://mushinone.sakura.ne.jp/English/ENGindex.htm

A selection of professional wildlife sounds at Wild Ambience (you can also buy an album of Australian bush sounds here): https://wildambience.com/wildlife-sounds/

The sound recordings on this article have been shared from Xeno-canto – a global database of bird sounds: https://www.xeno-canto.org/

David & Joyce, UK write about their Wild Top End tour in August 2017:  Our first ever trip to...
Read More

Some birds are best seen in flight. Wings slash through the air like a volley of thrown spears:...
Read More

Where (and how) to see Kookaburras & Kingfishers in Australia

Our eyes are part of our brain. You discover this when you try to see Azure Kingfishers. An Azure...
Read More

Across a glary blue sky a flock of 30 tiny birds zipped past. They were silent, flying fast and...
Read More