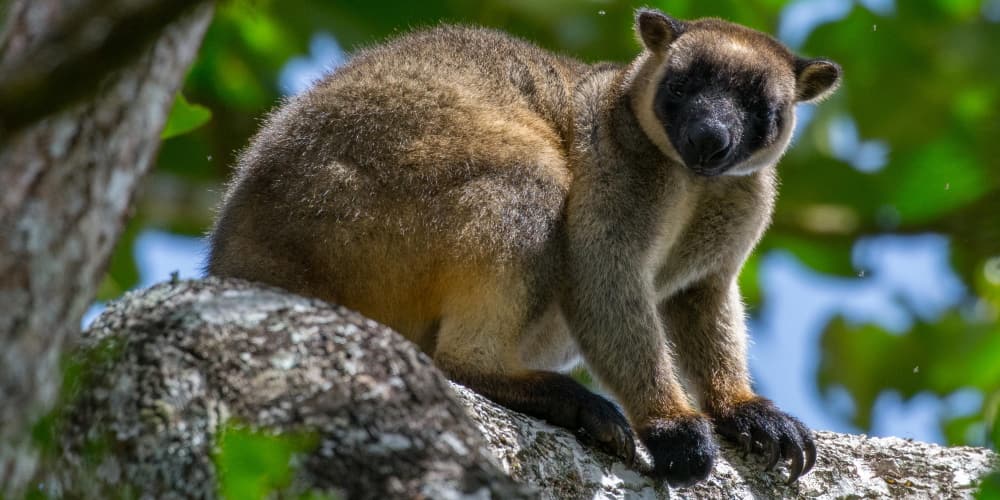 by Janine Duffy (most pics by James Boettcher)

The bizarre, brassy and beautiful mammals of Australia’s north Queensland.

There are many more mammals in Australia than most Aussies ever see. If you want to see some of our strangest ones, there’s no better place than far north Queensland.

The Wet Tropics World Heritage Area in northern Queensland is one of Australia’s richest regions for native mammals. It is home to 35% of Australia’s total mammal species.

I am excited by the birds, but even more so by the mammals. Seeing some of these bizarre beauties is so high on my bucket list that it’s spilling over the top! 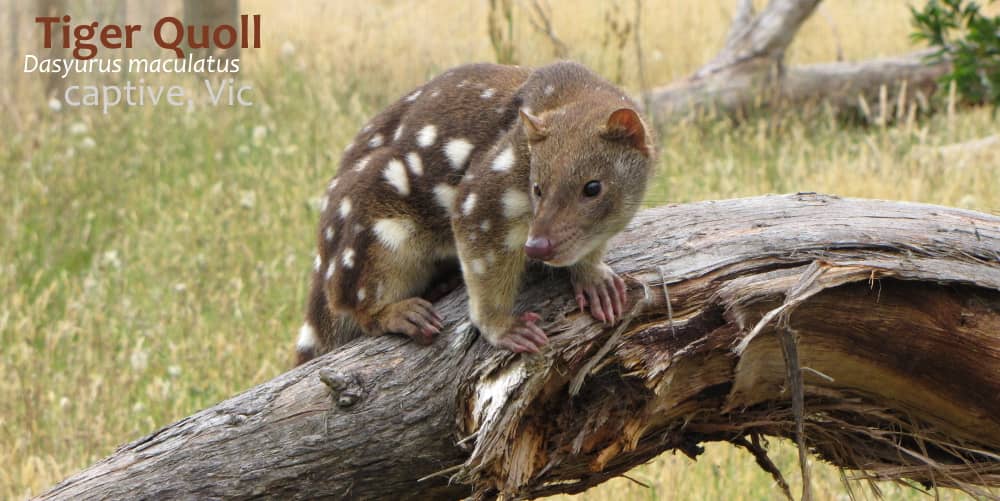 One of the main reasons we are travelling to far North Queensland in September 2020 is to help out with surveys for this beautiful, poorly-known Australian native carnivore. Most Australians have never seen a Tiger Quoll in the wild – this may be the best chance.

Tiger / Spotted* Quolls are an elegant marsupial, related to Tasmanian Devils and more distantly, to the extinct Thylacine. They are rufous brown with white spots, darker in the north.  The pictures here are of a Victorian animal in captivity.

The North Queensland race gracilis is of conservation concern, with possibly only 400 animals They need every bit of monitoring and support they can get. The Australian Quoll Conservancy are working hard, with remote cameras, citizen science, creation of wildlife corridors and re-introductions of this important mammals.

Tiger Quolls are listed as Near Threatened by IUCN: https://www.iucnredlist.org/species/6300/21946847

*Note: some agencies list their common name as Spotted-tailed Quoll, others use Tiger Quoll, or Spotted Quoll.  All are correct. 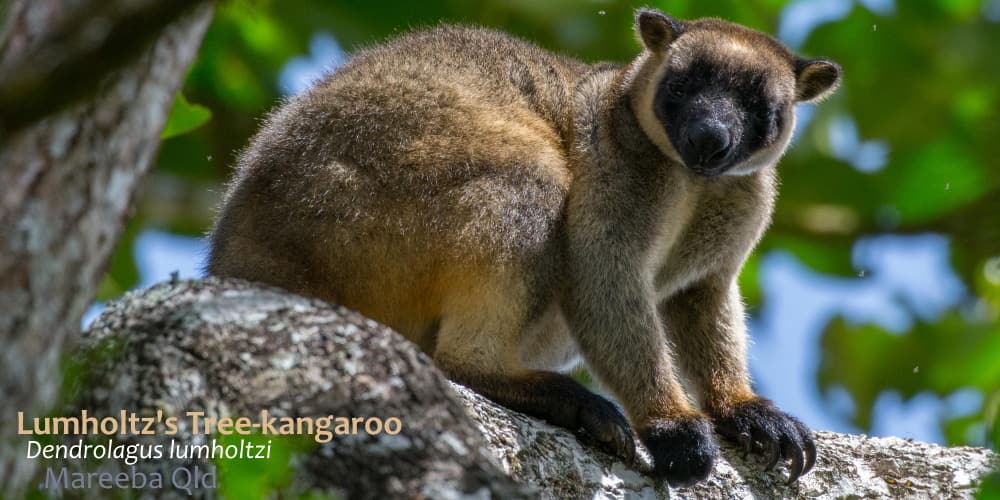 Only found in a small area from Cardwell to Daintree River, this extraordinary macropod* lives in trees. They were once found mostly on the lowland rainforests near the coast, but as that was cleared they moved into the higher elevation forests. They now live through the Wooroonooran & Gadgarra National Parks, but are most easily seen in the fragmented forest patches of the Atherton tableland.

These tree-kangaroos have the longest known pregnancy of all marsupials: 42 to 48 days.

These special mammals are classifed as Near Threatened by the IUCN Red List, and though they occur within the protected Wet Tropics WHA, dogs and cars are a consistent threat and climate change is predicted to affect them. https://www.iucnredlist.org/species/6432/21957815

Platypus live throughout Australia’s eastern and southern river systems, from Tasmania to far North Queensland. But they can be hard to see in most places, due to dark water, poor visibility and shyness. However, in far North Queensland several areas offer superb platypus viewing, and our Guide James knows these places.

Platypus are in decline across their range, mostly due to reduced stream flows, increasing droughts and occasional severe flooding all from climate change. Changes to their river habitats from agriculture, foresty and urbanisation are also causing declines. They are listed as Near Threatened: https://www.iucnredlist.org/species/40488/21964009 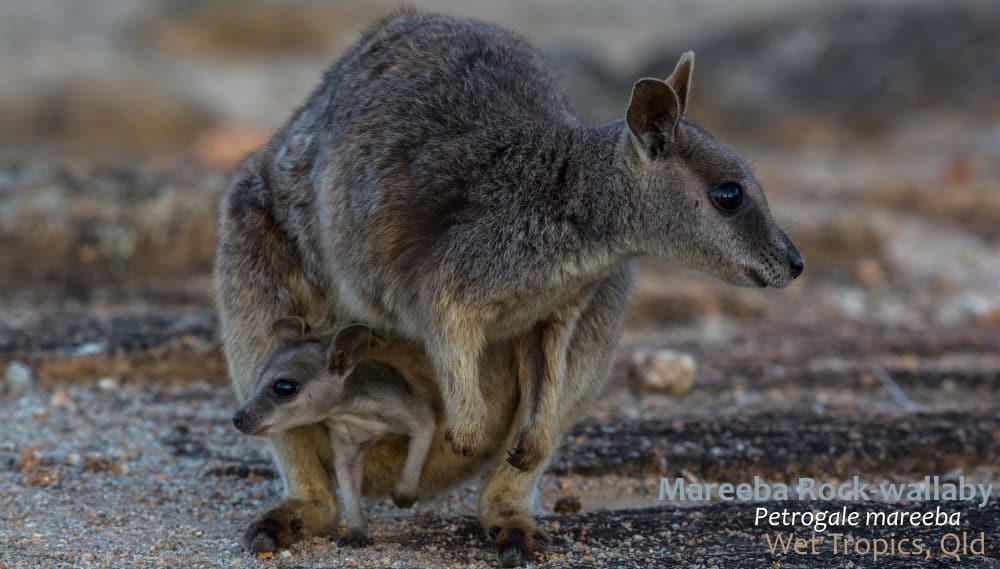 This beautiful little macropod lives in a tiny area of far North Queensland, just west of Port Douglas. They are so similar to several other rock-wallabies that it is only possible to distinguish them through a microscope – however location is usually a reasonable indicator. Any rock-wallabies seen around the towns of Atherton, Mareeba, Granite Gorge are this species.   (Note: Allied Rock-wallaby lives around Townsville & Charters Towers; Unadorned live from Airlie Beach to Gladstone; Sharman’s is extremely rare to see)

They are very social mammals, living in colonies of up to 50 animals. They seem to prefer more open woodlands amongst rocks, whereas other closely related rock-wallabies prefer rainforest and vine forests. 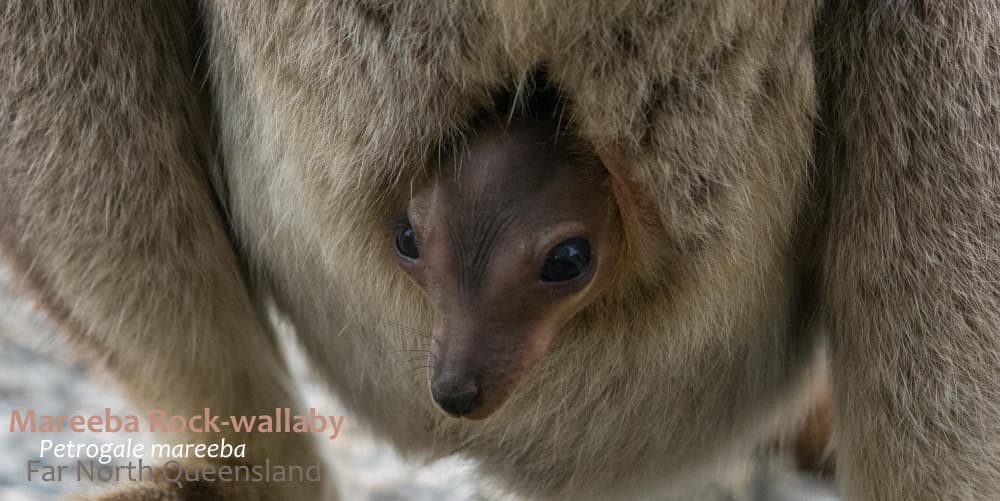 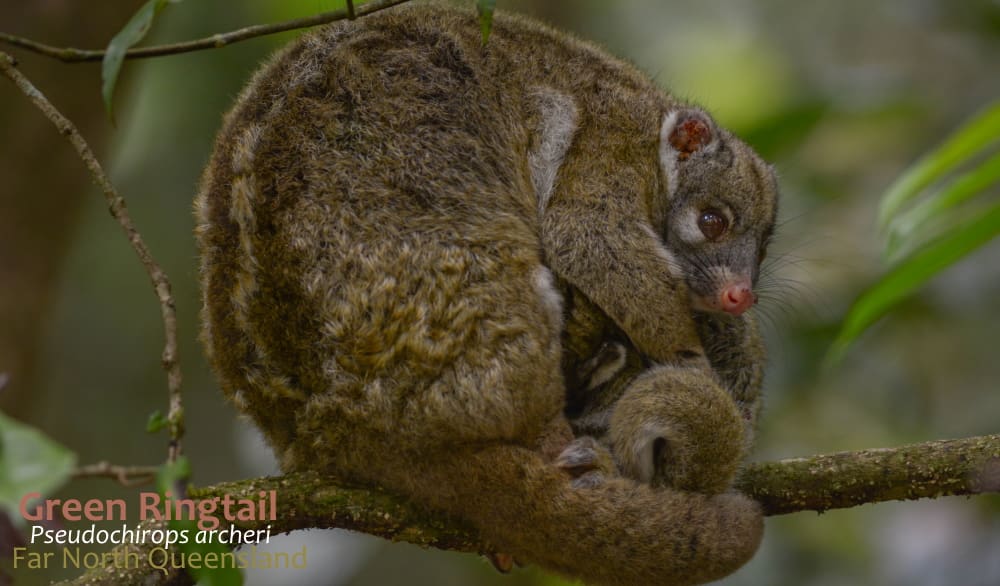 This unusual possum is coloured like the mossy branches of rainforest trees, so can be hard to spot unless you have a keen-eyed, experienced Guide (like James). Their fur has a metallic sheen in the sunlight – see the pics here: https://www.inaturalist.org/taxa/42771-Pseudochirops-archeri

Unlike other ringtails, it does not make a den, but simply curls up into a ball on a branch to sleep during the day.

Green Ringtails are found in a similar region to Lumholtz’s Tree-kangaroo – mostly around the Atherton Tableland inland of Cairns.

Like koalas down south, Green Ringtails are threatened by increasing temperatures as a result of climate change. This study found that their range could decrease by 85% by 2085

Green Ringtail Possums are classified as Near Threatened by the IUCN: https://www.iucnredlist.org/species/18502/21962719 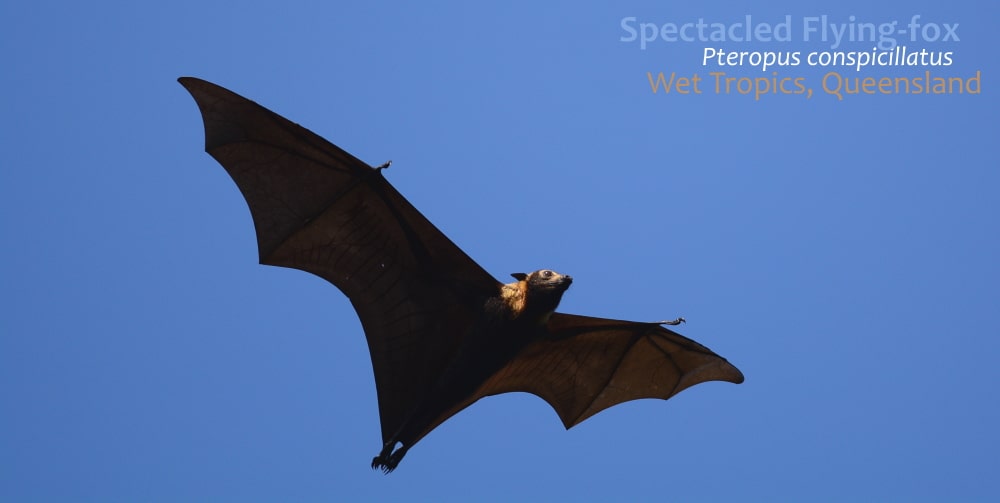 A beautiful gold and black flying-fox (fruit bat) of Australia’s north. They are quite a big bat, males can weigh up to 1kg. They have a very prominent brassy ring around their eyes – hence the name Spectacled.

Read about the other flying-foxes we see on trips here.

These flying mammals live in Australia only in North Queensland, mostly from Cardwell to north of Cairns, and north of Coen. They also live in Papua New Guinea, West Papua and the Moluccan Islands of Indonesia.

In Australia they are now listed as Endangered, after an emergency uplisting from Vulnerable.  In 2019 it is estimated that 30% of the population died over a few days from extreme heat. 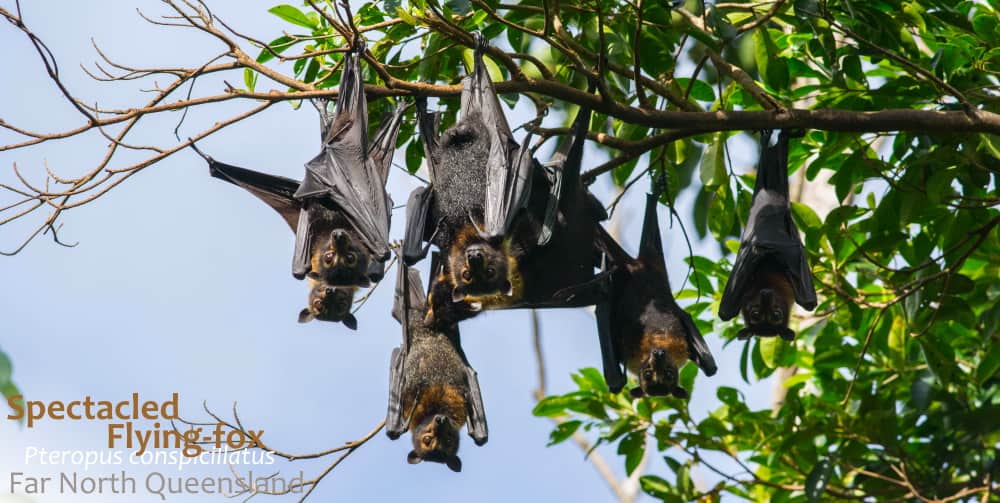 Join us and James from FNQ Nature Tours on this special conservation itinerary in September 2020.

Thankyou to James Boettcher of FNQ Nature Tours for providing the beautiful images for this post.