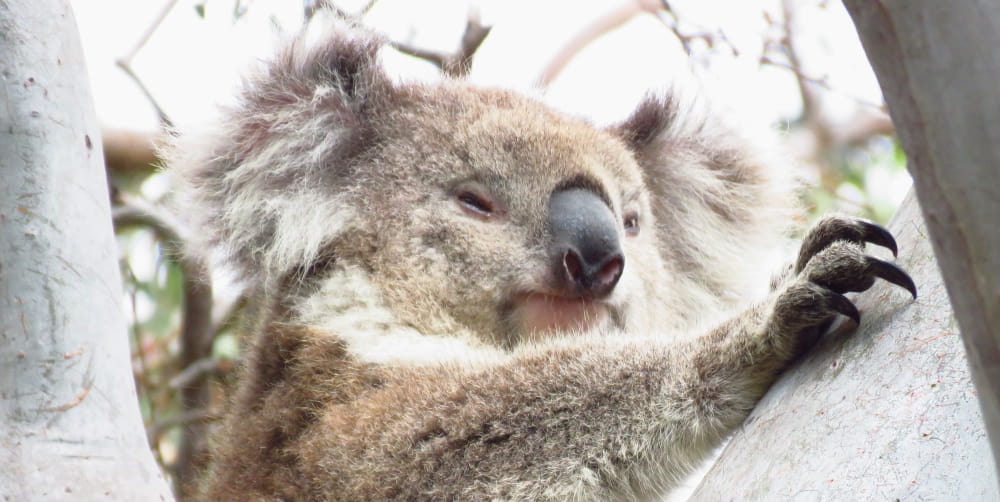 The personality of koalas: Koalas are posh.

Koalas have been in the news a lot lately, because they have been hit hard by climate change, bushfires, drought and cruelty. The pictures have been awful, and the reality maybe even worse. It is important we act urgently to save them. But it’s also important that we enjoy koalas, smile and even laugh a little amongst the tears – because we must feel something other than sadness if we are to take action. Lack of feeling leads to apathy. At the end of this article, I will explain what we need to do urgently to save them.

Koalas are cute. They are fluffy. They have lovely brown eyes and a big shiny nose. You’d think koalas have a personality to match: Soft, sweet, understanding.

Koalas are haughty. They sit in their lofty gum-tree throne looking down their regal noses at the rest of us. 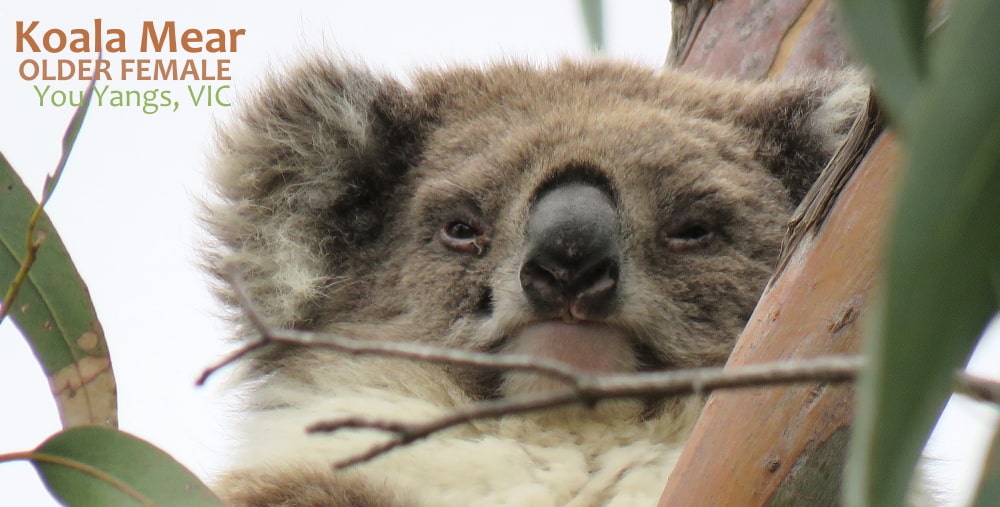 I’ve been working with koalas my whole life. At first I thought they were cute but dumb. Wrong!! I quickly realised my mistake.

I love koalas so much because they are aloof. They are a challenge. There is more to this adorable fluff-ball than meets the eye. 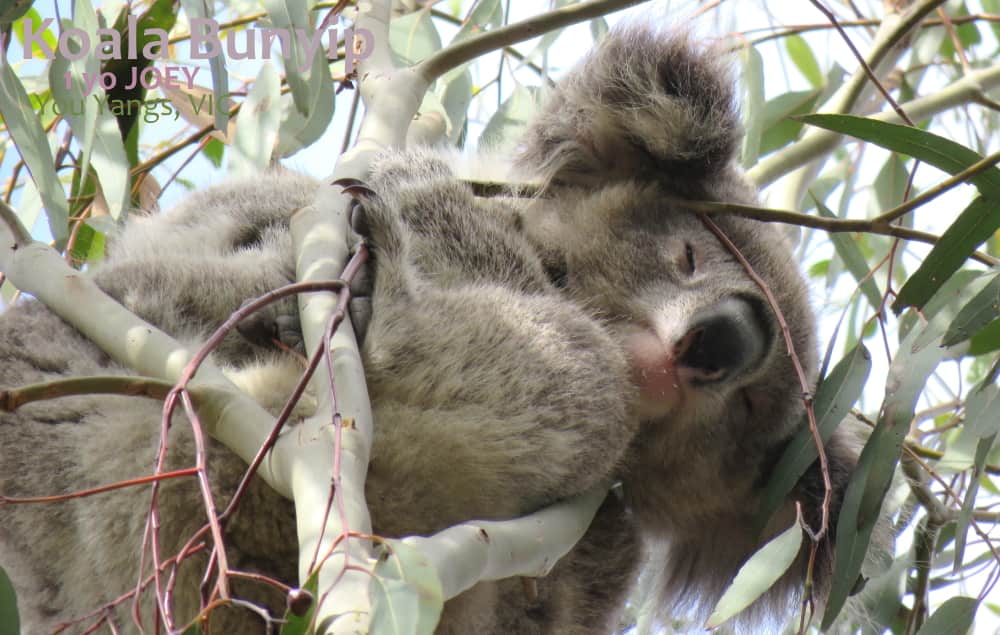 A koala always knows you’re around. You can’t sneak up on them – their primary senses are in their ears and nose, so even with their eyes closed they know what’s going on.

Remember when you were a kid and your grandma always knew when you were up to something?  She would scold you, knowing what you were doing even before you did it?  But secretly, you think she was enjoying your mischief.  Your grandma was a koala.

Koalas know everything because they see, hear and smell everything. Koalas live high in trees, with commanding views, scents and audio of their environment. They know the wallabies, the kookaburras, the brown-headed honeyeaters, the snakes, the feral foxes and domestic dogs, and the people that pass through their world.  Read about the special relationship koalas have with brown-headed honeyeaters.

If you are fortunate enough to live on a property with resident koalas, the koalas know you. They know you as an individual, different to other people who visit. Don’t be surprised if they let you spray them with a hose, but rush away terrified if a stranger tries. 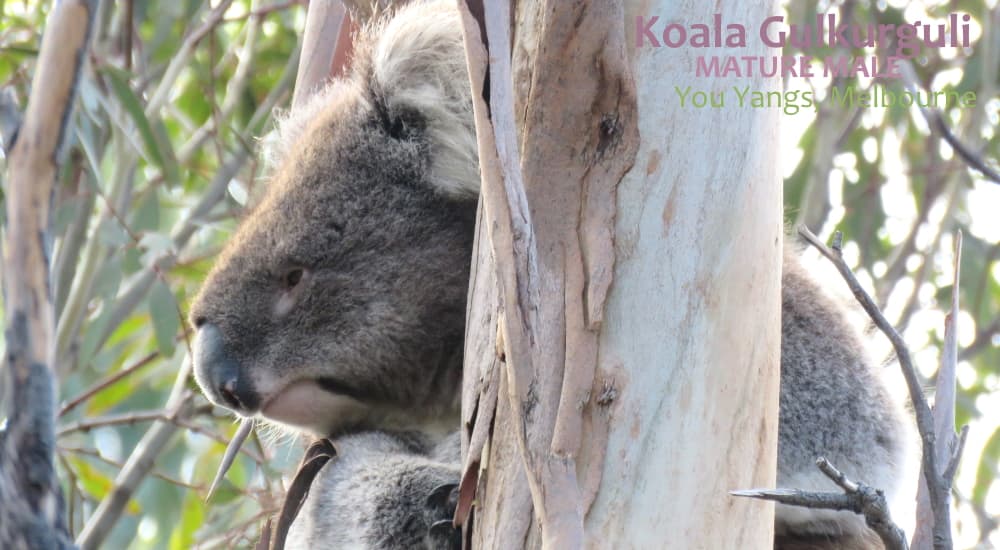 Koalas are so distant that they don’t even like to live with their own kind. Each koala lives alone in a huge mansion with vast landscaped grounds*, which they are reluctant to share. Some will share their home with relatives, but even then the relationship seems …. grudging.

I once watched an independent one-year old female, Kozo, return to her mother’s side on an extreme hot day. Kozo was quite distressed by the heat, and approached her mother Kiki. She reached out cautiously to touch noses with her mother. Kiki touched Kozo’s nose once. A few minutes later Kozo tried again. This time her mother smacked her.

Koala mothers are loving to their babies, but as soon as the baby grows up, mother has to distance herself. It’s just not part of a koala’s personality to be soft and loving for long.

When forced to spend time with each other, koalas rarely fight, but turn their backs on each other in a snobby way. I have watched rival males do this countless times. Just the presence of another koala is so intimidating that the dispute is usually solved on the spot.  Read How Koalas Avoid Fighting

Despite all this, koalas have a complex social structure.

*a koala’s huge mansion is a very large bushland home range, usually 5 to 100 hectares in size.

Don’t ever, ever touch them

Like the Queen, you dare not touch this royal personage.

Remember when the Australian Prime Minister Paul Keating touched the Queen on the back?  There was global horror!

I once went up a ladder to check on an old lady koala that I’d known for years. Koala ‘Mary’ had the sweetest personality. She tolerated us watching her with no sign of irritation. She was aging, and her health was failing.

I stood on my ladder checking her over visually from 1 metre away. She looked at me calmly at first, but then ignored me. Then I made an error.

I leaned on her tree to get a better look. Note: I did not touch her, but I touched her tree.

Suddenly my darling koala Mary reared up, horror in her brown eyes. Her claws lashed out, missing my face by millimetres. She roared with anger, and climbed up the branch away from me. 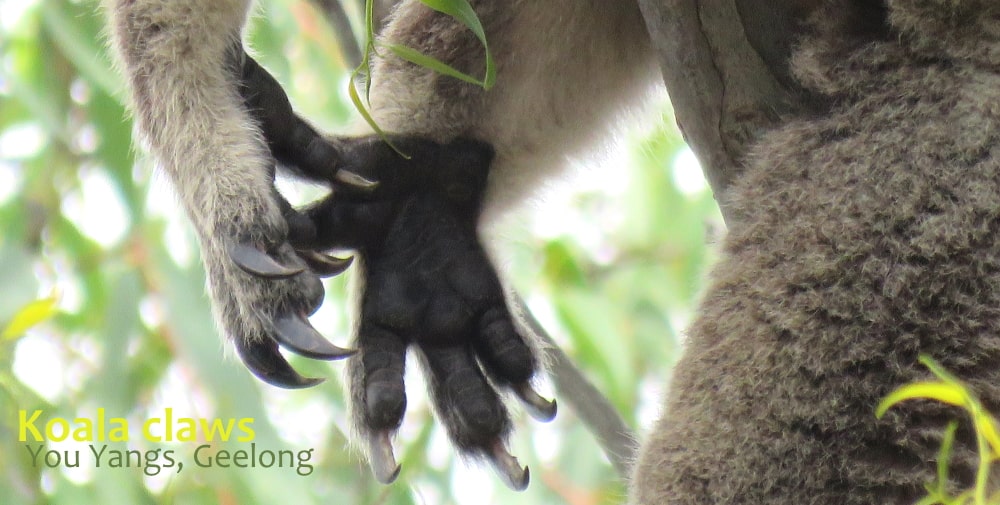 I just managed to stay on the ladder, shaken. She could have hit me, and taken out my eye. She didn’t, and I wonder if I was spared because she knew me.

Don’t take that sweet-looking fluff-ball for granted.  Or it will be global horror.

Note: yes I know, lots of people touch koalas all the time.  But they are not wild koalas, they are either trained (in a wildlife park) or very, very sick koalas.  They are not their normal selves!

Koalas are subtle and complex

Koalas have subtle body language. To understand a koala you have to be aware of the slightest ear twitch, movement of the mouth, widening of the eyes.

If you love koalas, you can find yourself staring at them for hours, watching every twitch and flinch.  It’s better than TV.

Koalas have complex social structures, hierachies and relationships, managed by voice. The many different calls they make are not fully understood by humans, but they are amongst the most vocal marsupials.  Listen:

Above all, Koalas are not dags

A dag is an Aussie slang word for someone who dresses badly, is silly and doesn’t take themselves seriously. Dags wear their oldest clothes out to a party, wear their ugg boots shopping, and will admit to doing stupid things.

Koalas always look immaculate. If they had UGG boots you would never see them wearing them outside of the house.

A koala would never do something silly in company. If they slip while climbing a branch, they will very casually hang by one hand, and scratch their leg with the other, as if they meant to do that all along. 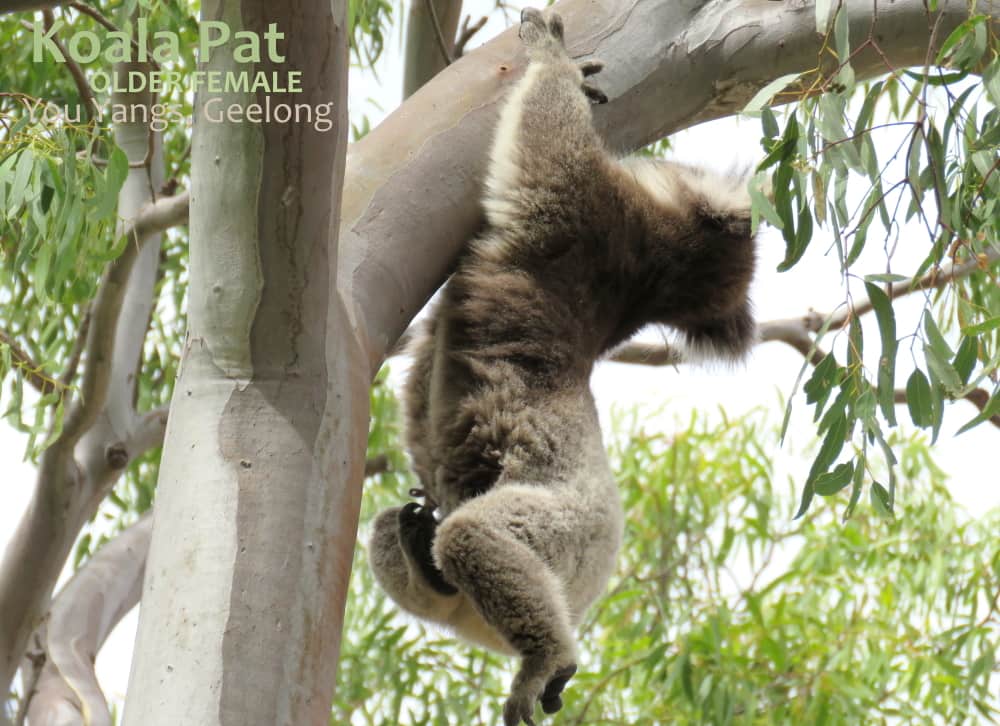 The very worst thing you can do to a koala is to demean them. They are the wildest, most subtle and regal creatures on this earth.

But being lofty won’t save them from what is coming their way. Climate change is burning them in bushfires, overheating them in heatwaves, drying them out, and starving them (1,2). Only we can save them – by turning down the heater (ie. stopping climate change by eliminating fossil fuel use), planting lots and lots of high quality koala trees and protecting the trees we have. 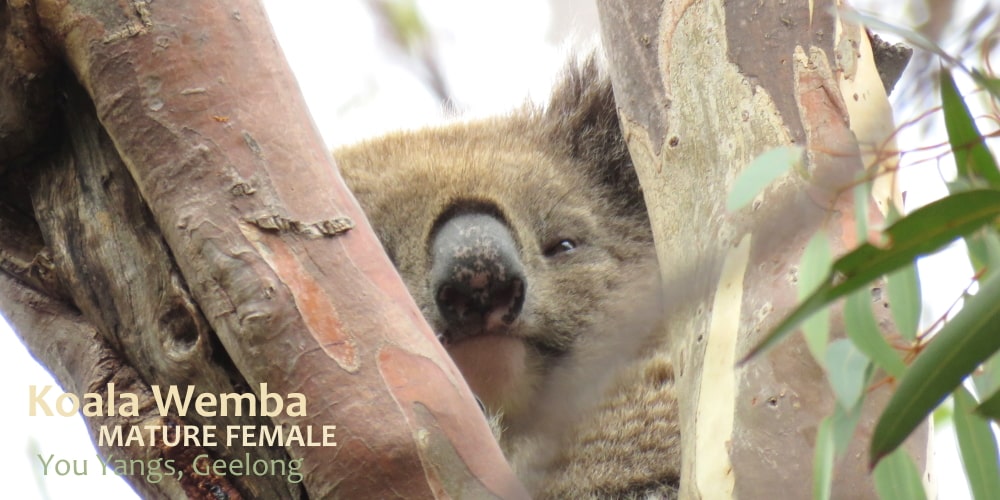 (2) IUCN Koalas one of 10 species most affected by climate change: https://www.iucn.org/content/species-climate-change-hit-list-named