How to identify whales along the Great Ocean Road, Australia 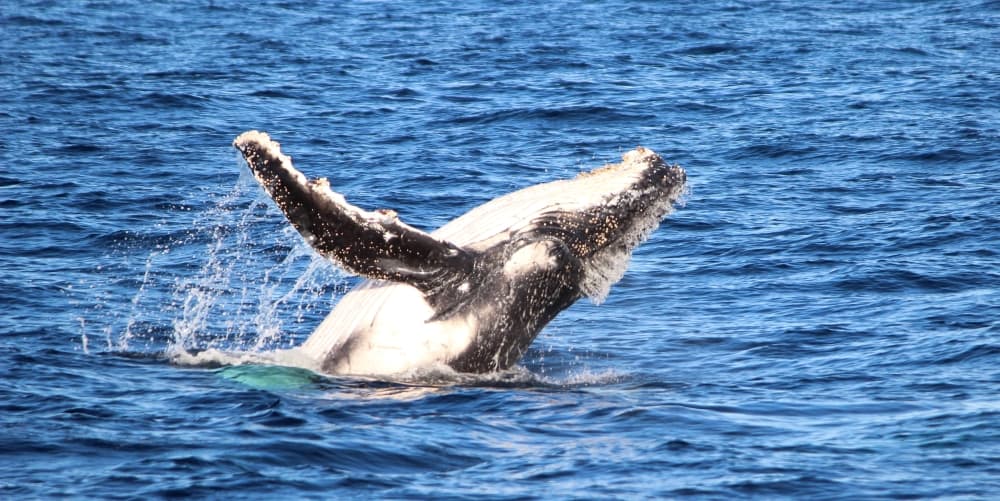 An easy guide to identifying whales at sea along the Great Ocean Road.

On our 3 day Great Ocean Road wildlife tour we spend a lot of time at the coast, with the Southern Ocean as our backdrop. During the winter months – June, July, August – we are quite likely to see a whale out to sea.

Seeing whales from a boat is the best way to see them properly – you can get closer, and sometimes you can see multiple whales, and identify them easily. We recommend you do this with our good friends at Wildlife Coast Cruises.

But there’s something thrilling about driving along the Great Ocean Road and seeing a whale – or its blow – explode out of the ocean, unexpectedly. 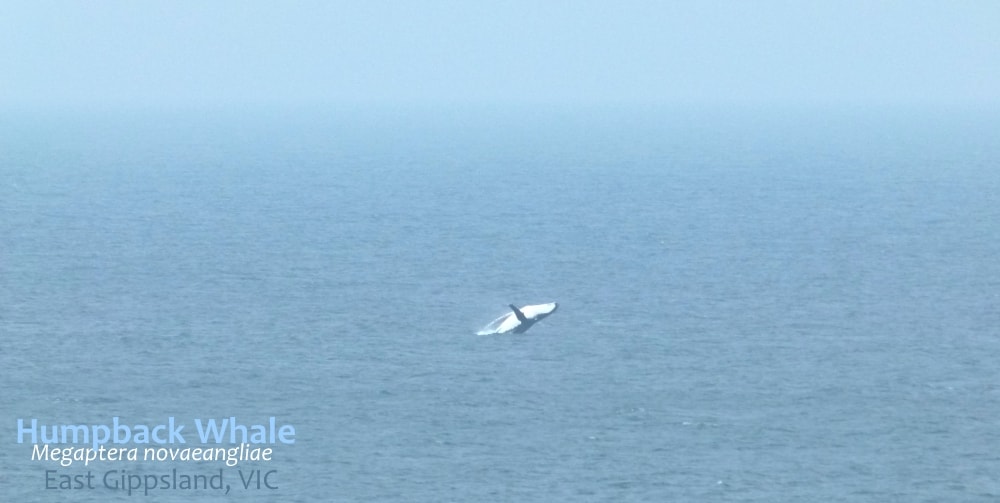 Its far away, incredibly brief, and there’s usually no time for a photograph. But it stops everyone mid-step and mid-sentence:  “gasp….… A whale!!”

Then there’s the wait. Will it breach/blow again? How far did it travel since that last breach? How to identify the whale? Where to focus the camera to capture the next appearance? 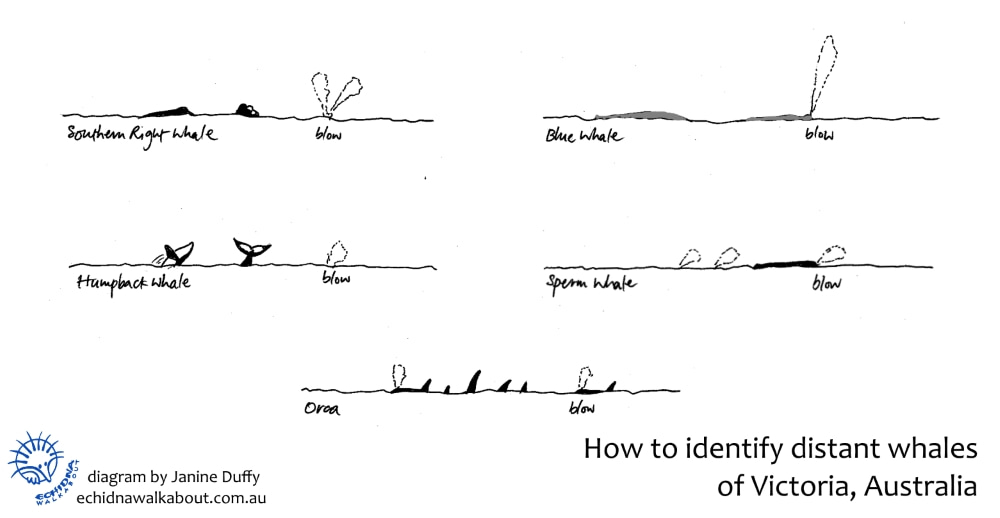 You see: A whale blow, fairly close to shore. A big, black whale lazily lolling about on the surface. A bit of tail, a bit of head, sometimes a flipper. It is probably a:

Southern Rights are the most likely whale seen along Great Ocean Road in winter from late May to early November.Southern Rights normally surface every 10-20 minutes, but can stay submerged for one hour.The Great Ocean Road is one of Australia’s important breeding and calving sites for the endangered Southern Right Whale. These whales were hunted nearly to extinction by the commercial whaling industry, and even after 50+ years of protection, there are estimated to be only 3,500 in Australian waters. These whales have actually been legally protected since 1930, but illegal whaling by Soviet Russia during the 1960s and 70’s hampered their recovery enormously.

A group of Southern Right Whales:

And some Southern Right Whales very close to shore: 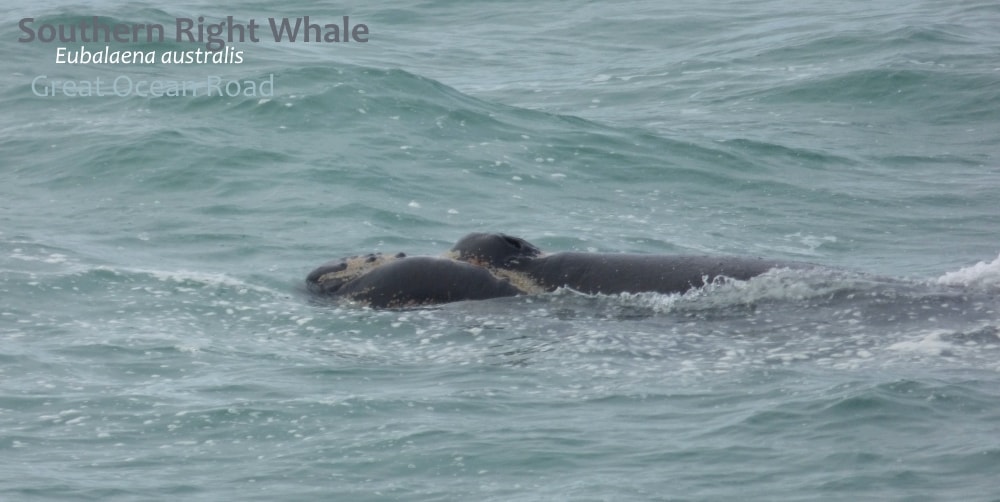 You see:  A huge black & white whale jump (breach) out of the water, making a huge splash. Huge flippers, out at an angle. A big white tail clear of the water. It’s probably a:

Humpback Whales are fairly likely along the Great Ocean Road, and very likely along the East Gippsland coast. Humpbacks are amongst the most active and easy to identify whales, spending a couple of minutes at the surface, breaching, spy-hopping and lob-tailing. They are a bit social, migrating in pairs and small groups up to about 10 individuals. Humpbacks can remain submerged for 45 minutes, but usually come up every 7-15 minutes.

Some great footage by Wildlife Coast Cruises of Common Dolphins, Humpbacks, then a Southern Right Whale at 01:51

You see: A huge blow well offshore. Followed by another 10 to 30 seconds later. A huge, long straight back. It’s probably a:

Blue Whales are the largest animal to have ever lived (yes, the are bigger than any dinosaur!). They tend to be solitary. When feeding they will dive for around 9 minutes, then stay at the surface for about 3 minutes, blowing an average of 9 times.

An amazing video from Naturaliste Charters showing Humpbacks, a Blue Whale (at 00:15) and Southern Right Whales (at 01:09).

Orca are seen occasionally, anywhere along the Victorian coastline at any time of year. The Great Ocean Road, Phillip Island and East Gippsland are some of the most likely places to see Killer Whales in Australia, but these ocean predators range far and wide, and can’t be considered a common sighting.

If you really want to see Orca, book a Bremer Canyon Killer Whale Expedition with our good friends at Naturaliste Charters, WA. Tours run 4 January to 25 April every year. Watch some of their amazing footage here:

You see: A whale blow at an angle, well offshore. A series of angled blows from several individuals. Its probably a pod of:

Sperm Whales are very social, and except for breeding males, most are seen in fairly large groups.

Also read our blog about dolphins seen along the Victorian coastline.

If you want more than brief, exciting glimpses of whales in Australia, or if you want a high likelihood of whale sightings book Wildlife Coast Cruises Winter Whale Cruise. Cruise operates daily early June to early August. When you see a whale, make sure to send your photos to this page: https://www.facebook.com/twobayswhales/ (submit sightings of all whales in Port Phillip – Melbourne – or Westernport Bay – Mornington Peninsula & Phillip Island)

Recommended itineraries that include whale watching. 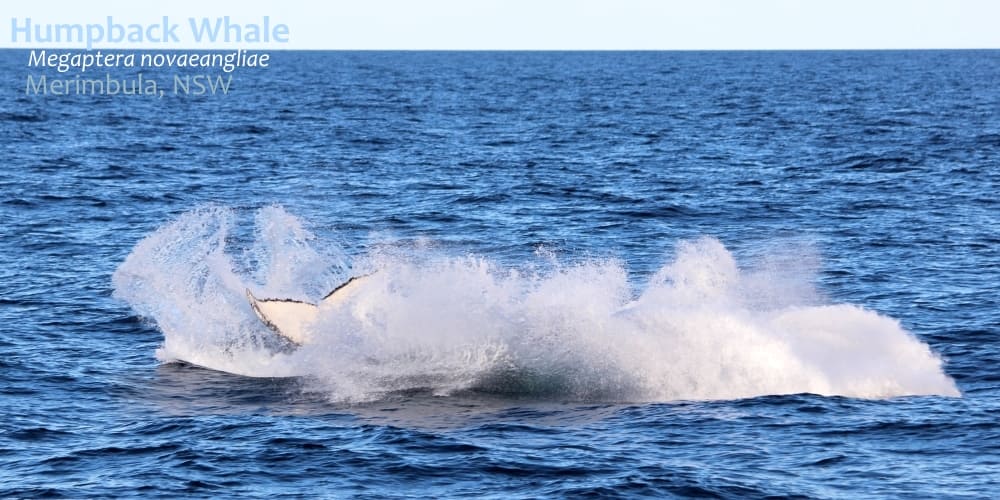 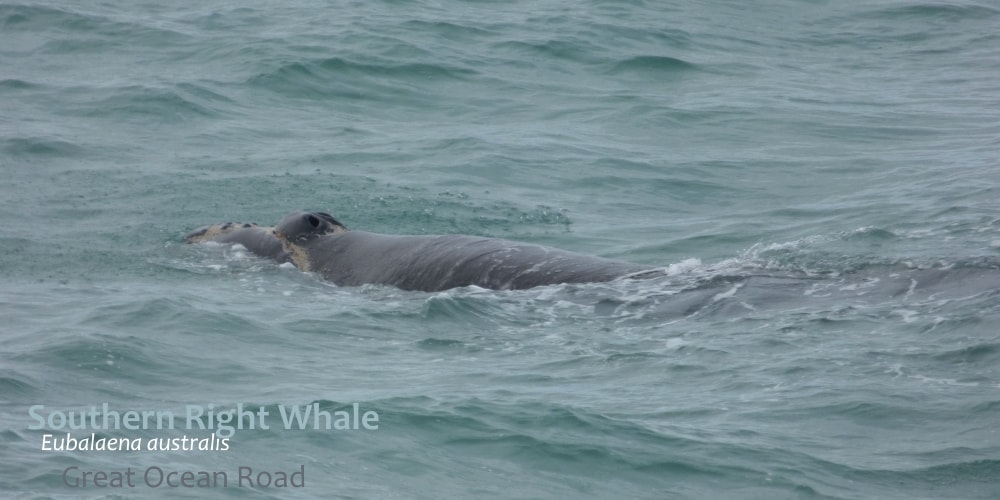 New Facts about Whale Sharks: they recover quickly from wounds and may even regrow parts of their bodies; Big ships are hurting them, but Western Australia’s tour operators are helping; Globally endangered, but increasing at Ningaloo Reef; Male Whale Sharks grow fast when young, females grow bigger but more slowly; Whale Sharks give birth to live young, 300 at a time, but almost nothing is known about their breeding