Saturday 17 October 2020 was the Global Big Day – a day where bird lovers worldwide are encouraged to go out and see as many birds as they can, with a mission to raise money for bird protection and conservation. Echidna Walkabout proudly contributed, both by sighting birds in Australia, and financially.

In 2020 the mission was to assist BirdLife International in their appeal to end illegal bird trade – that despicable industry that steals wild birds from their homes and forces them into a tiny cage, and if they survive, to spend the rest of their lives entertaining humans. Others are killed for their body parts. It is cruel, and damaging to bird populations and the ecosystems they support. Read about illegal bird trade and BirdLife International’s campaign here 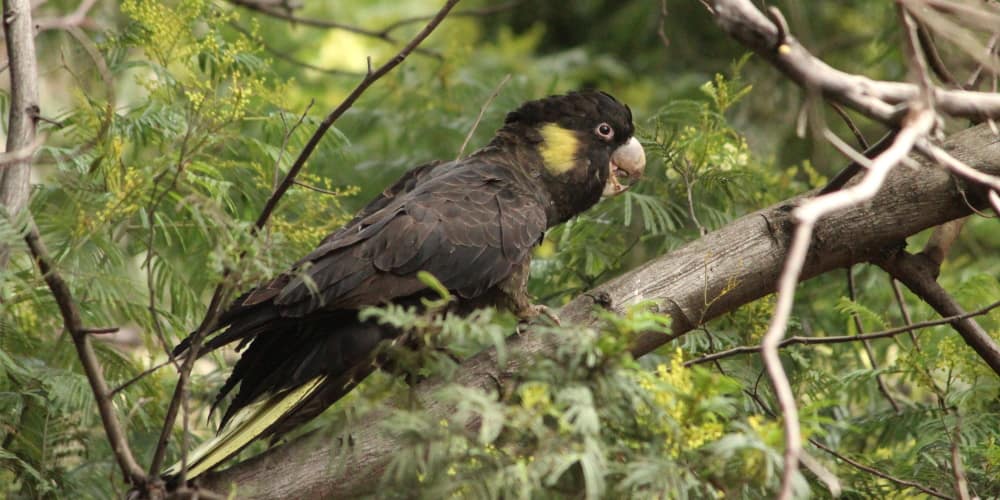 Yellow-tailed Black-cockatoo in Melbourne. Cockatoos are some of the birds most targeted by illegal poachers.

On Global Bird Weekend 2020 the equivalent of Australian dollars $34,600 (GBP 18,896) was raised for this important BirdLife International project. 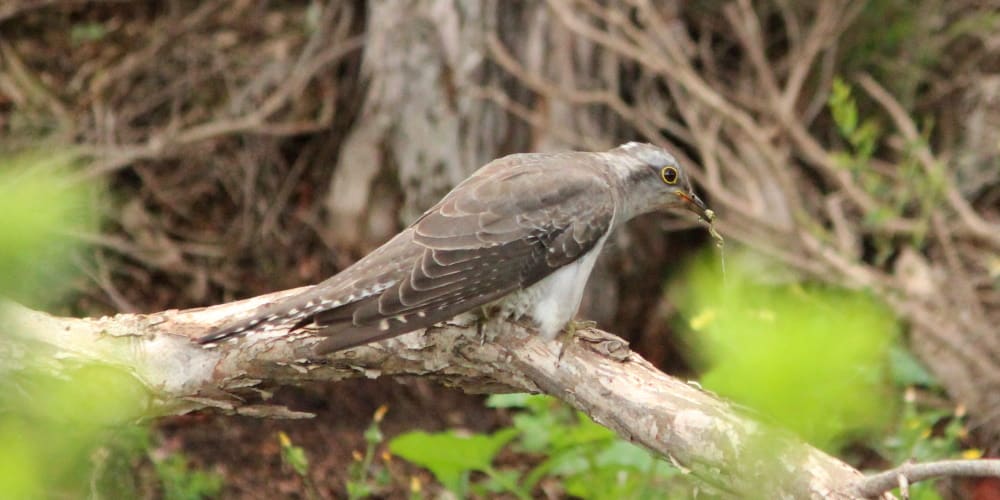 See the tours that we run for NatureTrek here: https://www.naturetrek.co.uk/tours/wildlife-of-southern-australia

As Global Big Day October 17 dawned Australia led the charge (as we get October 17 first, being close to the dateline) and by sunset our time the Echidna Walkabout team members had submitted 117 birds to start off NatureTrek’s fundraiser. 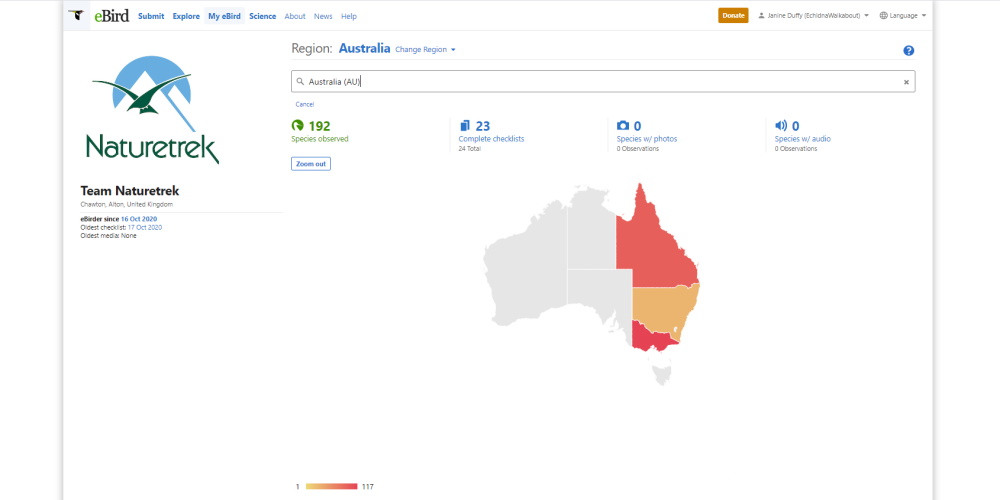 As the day ended Team NatureTrek were the largest fundraiser for the cause, raising GBP 3319 (over AUD $6000!)

You can still donate to this great cause until 31 October. https://www.justgiving.com/fundraising/Naturetrek-Wildlife-Holidays

Team NatureTrek submitted 105 checklists, saw 1066 birds in 15 countries on the world birding big day. Australia was the leader in numbers of birds seen – 192 species, with our Echidna Walkabout team in Victoria seeing the most: 117 species. Not bad considering most of us in Victoria are still in lockdown due to COVID and couldn’t travel further than 5km from home! 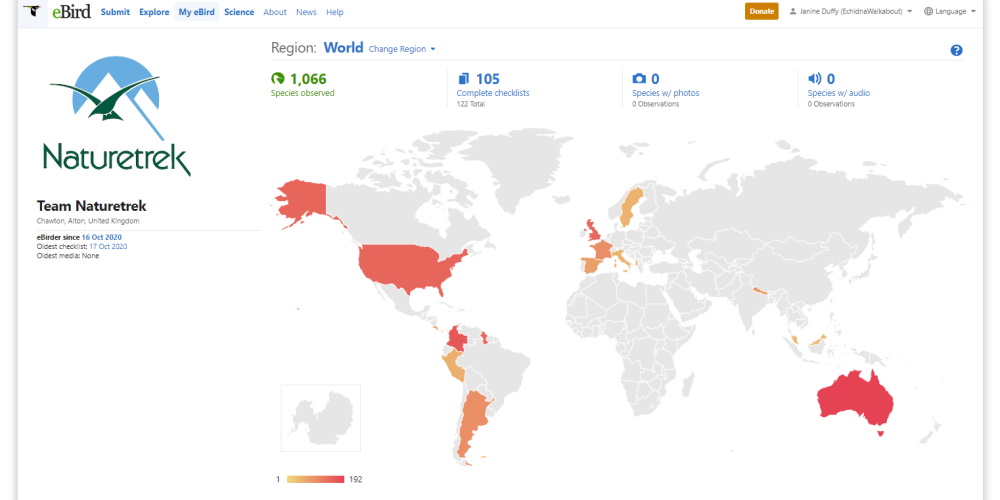 The organisers hoped that 25,000 people around the world would participate, but we did better. 31,140 people participated, saw 7013 species and submitted 75,095 checklists. 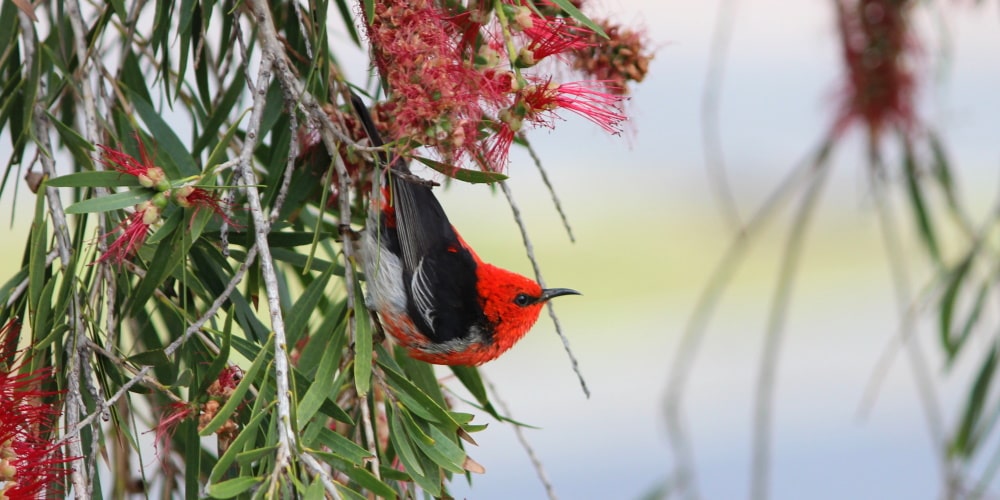 Echidna Walkabout Nature Tours is a long term supporter of eBird and wildlife atlassing for all species. We started submitting bird lists in 2008 to Eremaea Birds, the Australian pioneer listing site that was later used as the model for eBird. As part of our social enterprise mission, all our guides are encouraged to submit eBird lists for birds, and provide photographs of mammals, reptiles & invertebrates so that we can upload to iNaturalist.

Watch out for the Global Big Weekend in October 2021. We’ll be there! 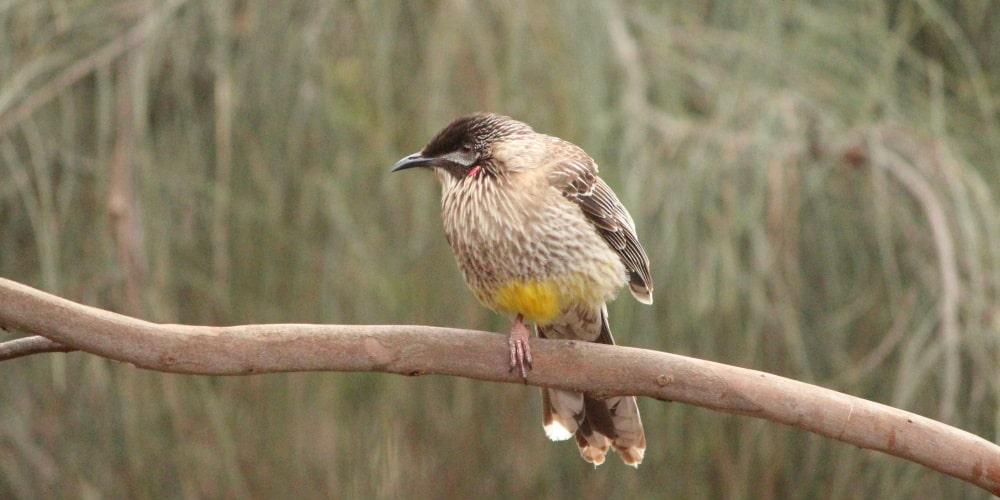