A handy summary guide to the dolphins of the Great Ocean Road & East Gippsland, in Victoria Australia.

Dolphins can be seen along the Victorian coast all year round. They frequently play and hunt in the surf near the shore, in pods of 6 or more. 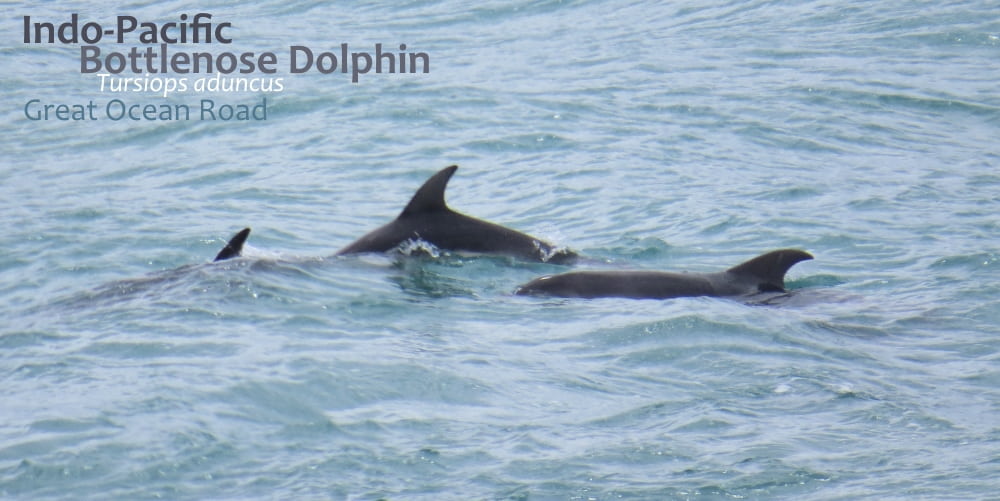 In Victoria we have five very active and acrobatic species of dolphin that can be seen from boats or from land.

Marine Mammals of Victoria: a guide to identification

This is the most commonly-seen type of dolphin seen from land in East Gippsland and the Great Ocean Road. 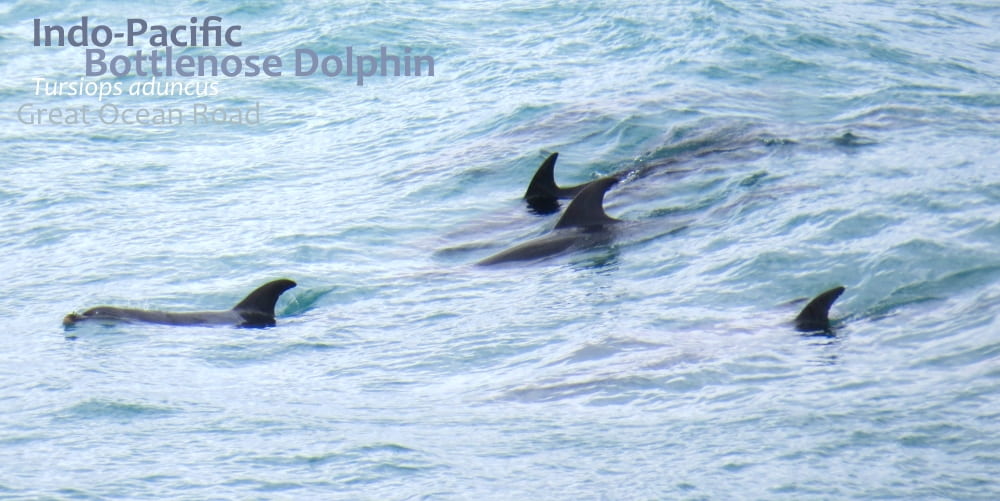 Size: medium (3m)
Beak: short “bottlenose”
Colour: grey back, pale belly.  Dark grey cape has a short blaze of light colour under the dorsal fin.
Inshore: not as much as Indo-Pacific

This species of dolphin is present along the Great Ocean Road and East Gippsland, but often offshore.

We see Burrunan Dolphins on the Wildlife Journey in and around Lakes Entrance and Raymond Island, especially in September and May. 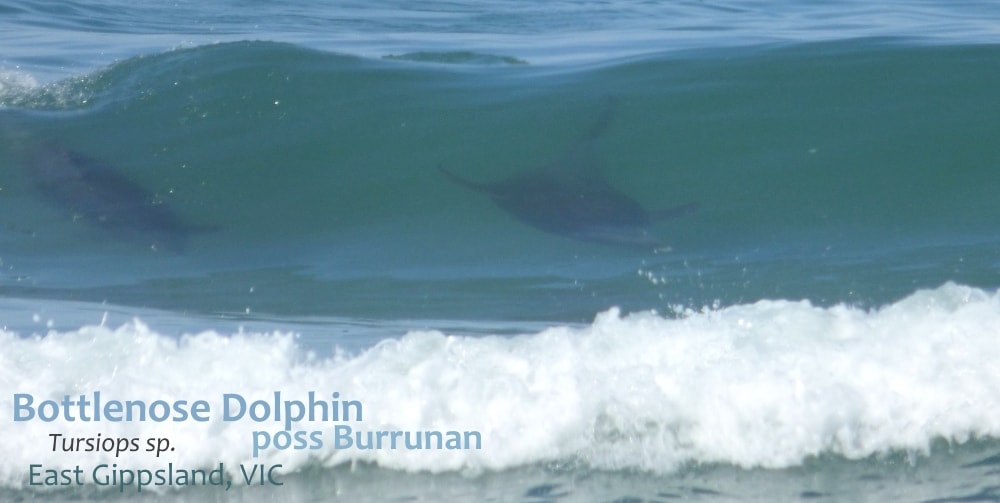 Love cetaceans (whales & dolphins)?  Read about the whales we see along the Great Ocean Road.

Seeing these big dolphins is a rare treat. They are striking – older animals are very white on the head and back. Young dolphins are nearly black, but on close view striations can be seen all over their backs – the result of scars from a life in the wild. 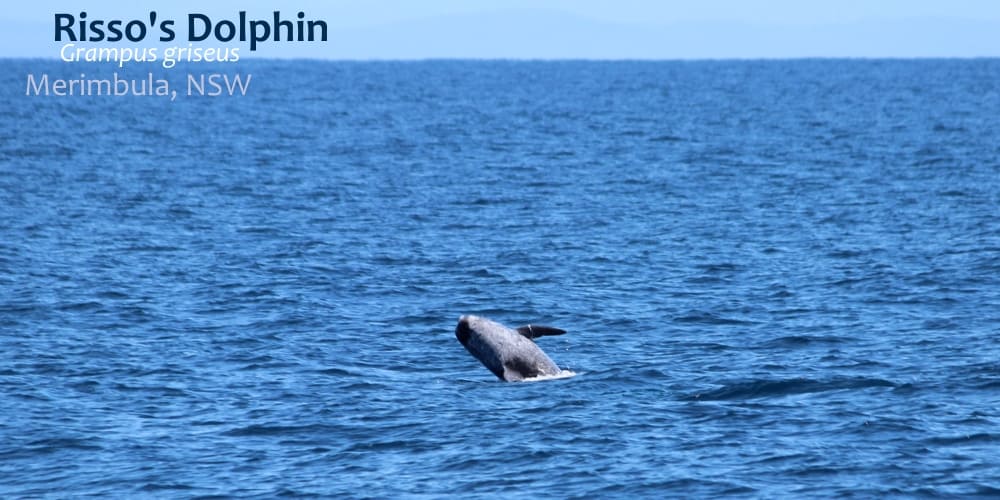 They also have some great pics and information here: WDC Risso’s Dolphin

We mostly see dolphins from land, or from the ferry to Raymond Island on the Wildlife Journey. If you are really keen to see dolphins, check out Wildlife Coast Cruises. They have boat cruises all year round that see dolphins. Ask us how you can link their cruise with one of our tours. 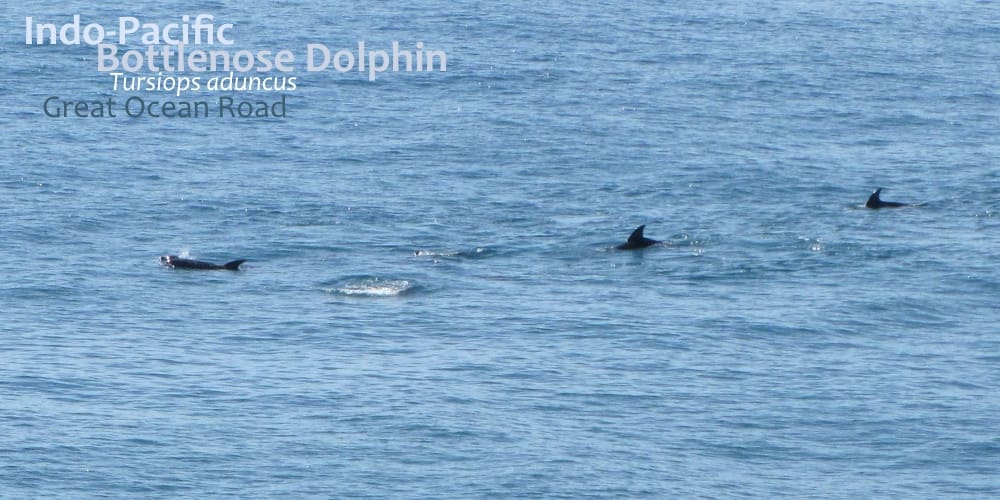 Koala Tree Planting around the You Yangs, Victoria

The purpose of our community information events and this article is to get trees planted for...
Read More

Koalas climb trees every day. But that doesn’t mean it’s easy for them. Pat is an old female koala...
Read More