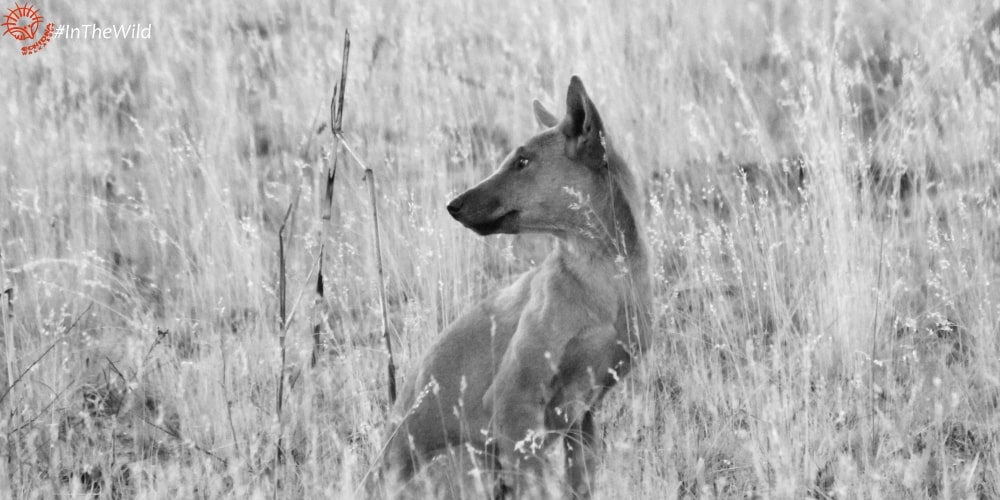 You have to see a wild Dingo in Australia. The Dingo is Australia’s unique, threatened, native wolf.

The Top End offers many wildlife highlights, for Aussies and for international travellers. Each night of our 6 day Wild Top End tour, over dinner, the day’s favourite experiences are recounted. Photographs are shared, oohs and aahs and details remembered.

And often, the top sighting of the day is: The Dingo. 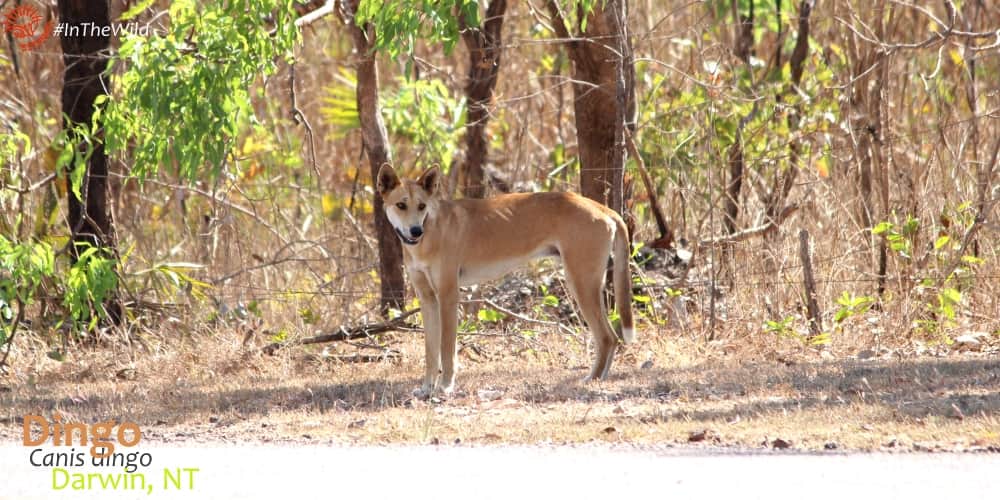 Australia’s Northern Territory Top End is one of few places in Australia where you can see wild Dingoes going about their normal business. Hunting in the wild. As wild wolves do. 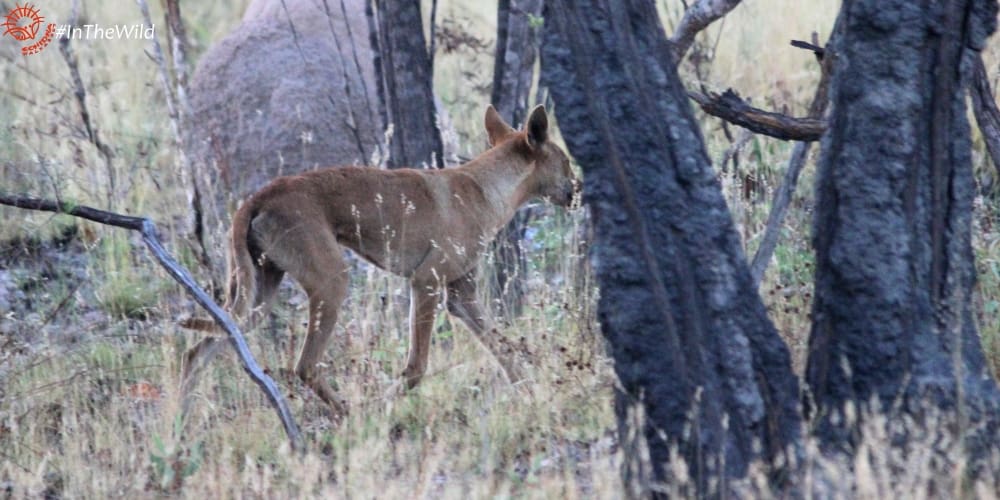 The Northern Territory is also the only ‘state’ in Australia where these beautiful native animals are fully protected.

Are Dingoes wolves or dogs?

Recent research has concluded that Dingo is not a subspecies of wolf or dog, but a full species in its own right Canis dingo. The first full scientific description of dingoes found that they have substantial behavioural, morphological (physical) and molecular (DNA) differences to wolves and dogs. (Crowther, 2013)

Dingoes have consistently broader heads, and longer muzzles than dogs or wolves. Their pelage (coat) has a wider range than any species of wolf – gold, yellow, ginger, white, black, black-and-tan and sable are all natural dingo colours. Their DNA is different to dogs and wolves too, and they even possess a unique chromosome haplogroup. 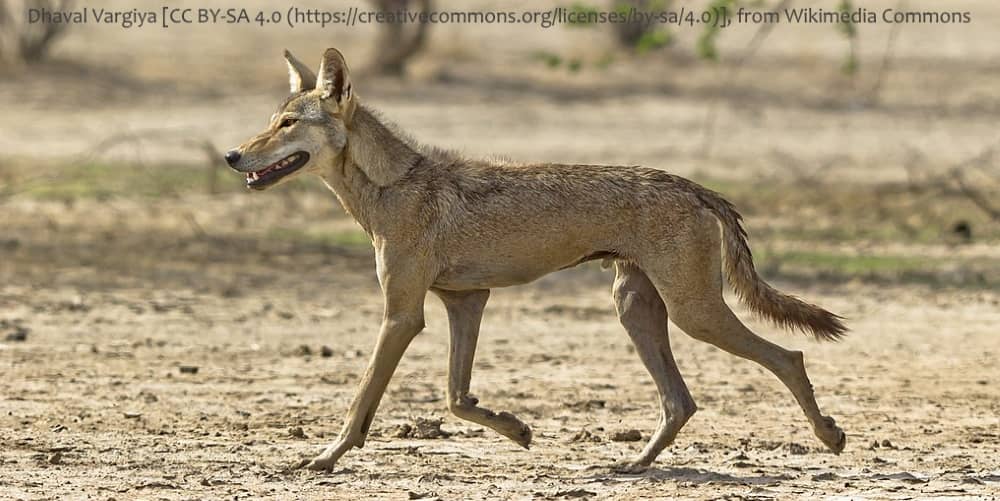 An Indian Wolf Canis lupus pallides: Dingoes are not descended from this animal 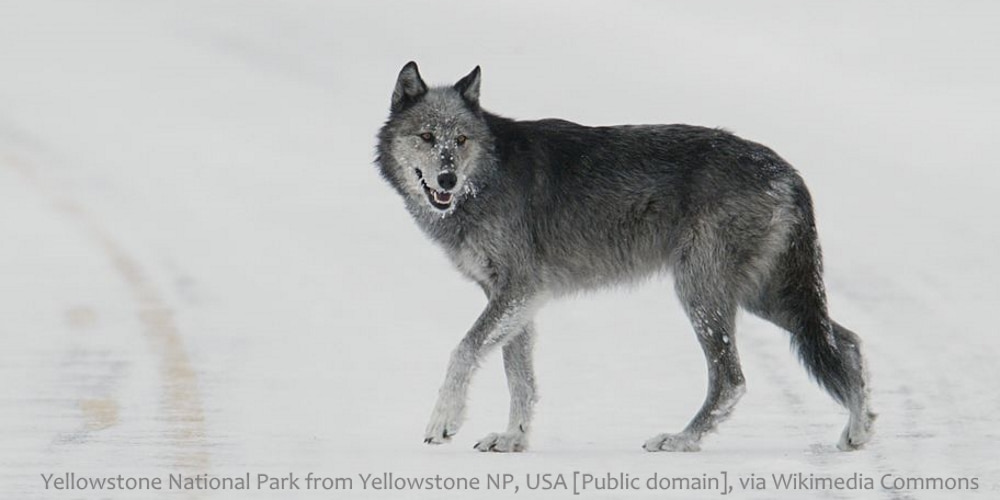 A Grey Wolf Canis lupus: Dingoes are not descended from this animal either

For a long time, in Australia, the true status of Dingoes has been debated.

Are they a wild relative of the Asian / Indian (Grey) Wolf Canis lupus pallipes that found its way to Australia by itself?

Or are they a wild (feral) version of a domesticated dog Canis familiaris that was traded in to Australia by seafarers from Asia? No-one knows the answer to these questions. But what researchers have found is that Dingoes share little with either living domestic dogs or Grey Wolves.

Scientists have proposed that the ancestor of the Dingo – whether it was wild or domesticated – no longer exists.

So it is simply not scientifically possible to classify Dingoes as a subspecies of Canis lupus (wolf) or Canis familiaris (dog) if the Dingo arose separately. It would be like calling humans a subspecies of Gorilla.

Are Dingoes native to Australia?

Nativeness is a disputed concept. In Australia we tend to regard all the animals and plants that were in Australia before 1788 as native – except for the Dingo. Because we believe that the Dingo was assisted by humans.

Read this Australian Geographic Article on what makes an animal native.

Dingoes may have been introduced by humans, but so long ago that native wildlife has adapted to them. (Carthey, 2012)

Read about some of the new native birds of Australia

So why are Dingoes still called Wild Dogs?

Calling Dingoes “wild dogs” diminishes them and obscures the issue of their protection as a native mammal.

Demonising predators has been part of human history since livestock farming began. In the case of the Dingo, many myths persist about their aggression, damage to the sheep industry and destruction of wildlife.

In fact, live sheep exports kill more sheep than dingoes do.  Read the myths and the reality here

Yet this unique, threatened native animal is on a government-sanctioned kill list in every state of Australia, except the Northern Territory. 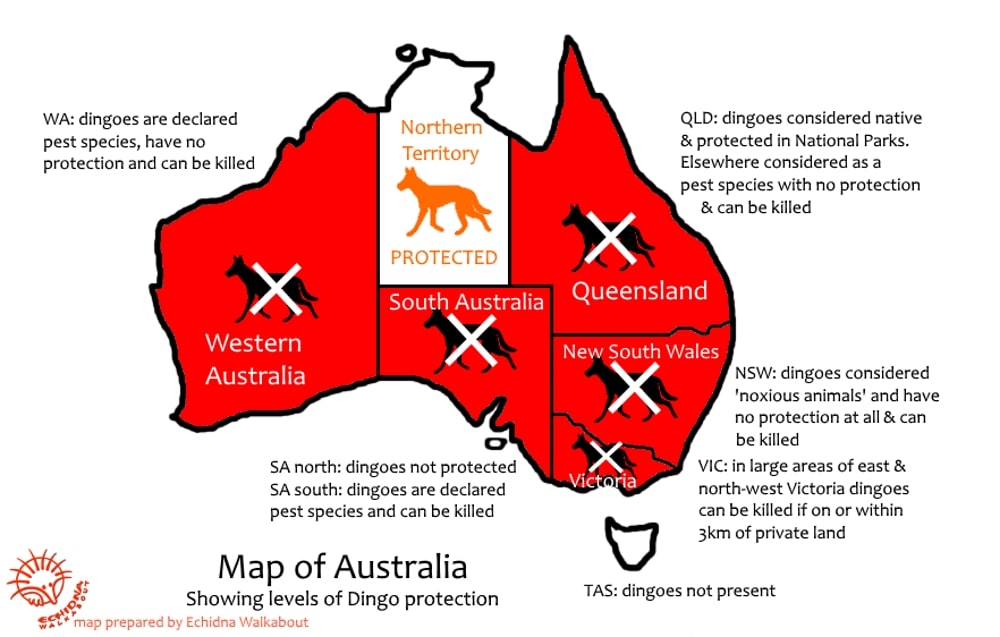 These draconian laws rely partly on the difficulty of distinguishing a pure Dingo from a dingo-dog hybrid. But in WA, a state where killing Dingoes is legal, it is proven that over 59% of ‘wild dogs’ are pure dingoes.

The Dingo is internationally-listed as a Vulnerable species by the IUCN. Vulnerable is one step off endangered.

Most vulnerable species in Australia have protection plans in place.  For this species to be still under government-sanctioned persecution is an international embarassment

Australia: Next time you see a wild Dingo, please don’t call them a dog.

And good on you Northern Territory!  Support this wonderful part of Australia by coming on a 6 day Wild Top End tour with us. 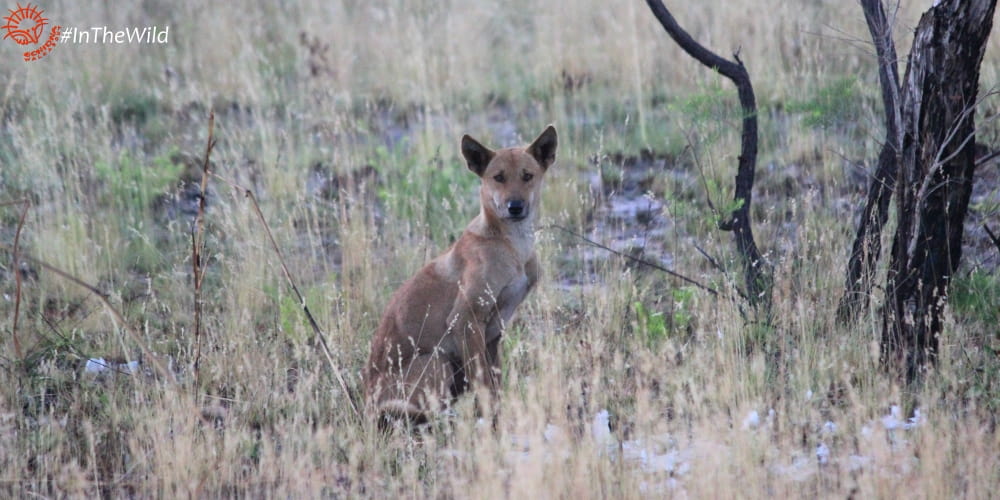 Crowther (2013) “An updated description of the Australian dingo (Canis dingo Meyer, 1793)” in Journal of Zoology: http://savefraserislanddingoes.com/wp-content/uploads/2014/04/canis-dingo.pdf

Carthey (2012) “When Does an Alien Become a Native Species? A Vulnerable Native Mammal Recognizes and Responds to Its Long-Term Alien Predator” in Plos One: https://journals.plos.org/plosone/article?id=10.1371/journal.pone.0031804

Oskarsson (2011) “Mitochondrial DNA data indicate an introduction through Mainland Southeast Asia for Australian dingoes and Polynesian domestic dogs” in Proceedings of the Royal Society B: https://royalsocietypublishing.org/doi/full/10.1098/rspb.2011.1395

About the recent self-introduction of Cattle Egrets and Spotted Whistling-ducks: https://www.chriswatson.com.au/blog/please-allow-me-to-introduce-myself

Despite being native animals, Dingoes are categorized as pest species that can be killed in these states: