Humpback Whales Megaptera novaeangliae are the singing, dancing superstars of Australia’s coastline. Here’s five different and amazing facts about them that you won’t find anywhere else. 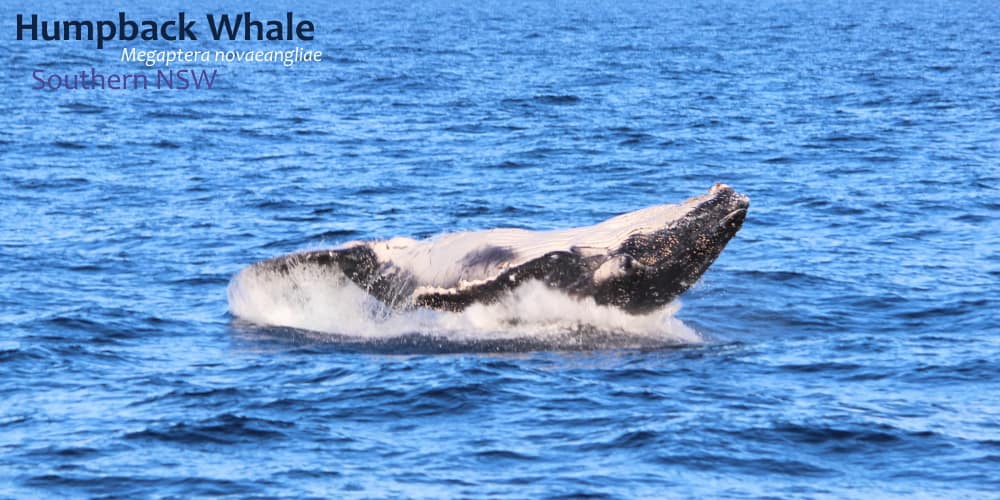 Humpbacks migrate thousands of kilometres, but no-one really knows why.

Antarctica is cold, but there’s heaps of food for whales. Adult whales are very much at home there, and some may stay there year round. But baby whales are small, and need to get big quickly so that they can survive predators and have lots of healthy babies themselves.  More information in this study from Pacific Coast of Central America.

So their mums undertake the longest mammal migration in the world (1) to give birth in tropical water. Their dads go to, because that’s where most of the females are.

After the babies are born, everyone returns to Antarctica. Dads and teenagers go first, mums with newborns go more slowly, sometimes with an escort (another adult whale). The whale calf drinks heaps of milk and grows very fast. But it still takes years for them to reach adult size.

Theory B: They are trying to protect their babies from predators.

Adult Humpbacks are pretty safe from predators, but Humpback calves are not. So the mothers go to the tropics where there are fewer Killer Whales (Orca) & Great White Sharks.

8,000 km is a long way to go to avoid predators that still could be there – Orca are present in all the world’s oceans. But if there is a substantial reduction in risk, it may be worth it.

Also – the situation for whales today might not be the same as it was 200 years ago. Destructive commercial whaling reduced great whales to such low numbers that their predators, Killer Whales, may have reduced in number as well. Also, they may have switched to eating other prey to survive. The Humpbacks’ instinct to migrate could have been formed in a time when there were many more Killer Whales hunting them.

As great whales numbers increase, Killer Whales may return to hunting them as they once did.

It’s likely that the Humpbacks migrate for a multiple of reasons.

Humpbacks are fighters, not runners.

Some of the great whales are built for speed: Blue, Sei, Fin & Minke Whales. They can swim at top speed 35 knots (Sei), 20 knots (Fin & Minke), and can usually outrun their predators. Blue Whales can swim at 15 knots for several hours (2). Killer Whales can sprint at 30 knots (3), but probably can’t sustain that speed for long, and killing a large whale takes time.

Humpbacks & Southern Right Whales (and the northern hemisphere Gray & Bowhead Whales) are fighters. They defend themselves against predators using their oversized flippers and tail, and overall bulk.

Humpbacks are particularly well-equipped for fighting. The huge flippers, which are one of the easiest ways to recognise them, are very powerful and can slap hard. The front (leading) edge of the flipper has a line of knobs, and is sometimes encrusted with barnacles, the equivalent of a 5 metre heavy studded club.  Learn how to recognise Humpbacks from other different Aussie whales here.

When Humpbacks defend themselves, or others (see next fact) against Orca and sharks they are very effective. 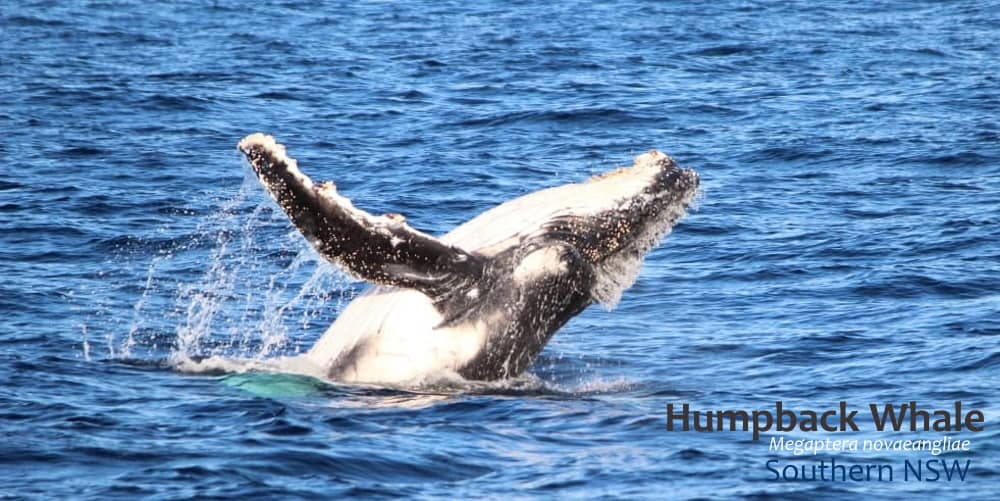 “If you hear a killer whale attack, go in and break it up” may be the mantra of Humpback Whales, according to scientist Robert Pitman.

Pitman saw a Weddell Seal, in Antarctica, trapped on a small ice floe by a group of Orca. The Killer Whales were creating waves to try to wash the seal off the ice.  Just as two Humpbacks appeared on the scene, the seal was washed off the ice.  The closest Humpback rolled over onto his back, and the seal rolled onto his belly. The Humpback appeared to try to hold the seal there, protecting it from the Killer Whales long enough for the seal to swim to safety. Read the account here.

There have been many documented cases of Humpback Whales interfering with Orca attacks on seals, sea lions, other whales, even a Sunfish. There is even a possible case of a Humpback protecting a human from a Tiger Shark. 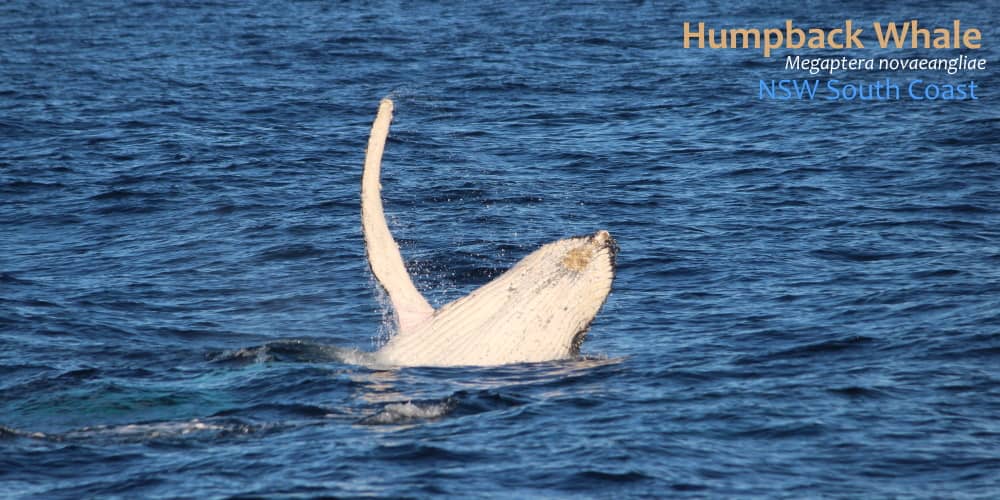 Humpbacks don’t have big lungs, but they can hold their breath for 20 minutes.

For their size, great whales including Humpbacks don’t have particularly big lungs. Their lung size is around 3% of their body size. Even humans have larger: about 7% of our body size.

So how do they survive holding their breath for so long? They have collapsible lungs, a powerful diaphragm, a very high proportion of oxygen-carrying haemoglobin/myoglobin in their blood and muscles, they slow their heart rate and reduce blood to organs that don’t need it.

Watch this informative video by Prof Tracey Rogers of UNSW:

Humpbacks like to holiday in the same place every year.

If you see a Humpback near Broome or Ningaloo in Western Australia, you know where they’ll be in summer. Pretty much every Group D (IV) Humpback Whale spends their summer in Australian Antarctic Territory Area IV* near Davis Base (Australia), and every winter near Broome, WA.

The situation is different on the East Coast – if you see a Humpback near Merimbula, Jervis Bay NSW or up the Queensland coast, you know that come summer they will be in the Australian & New Zealand Antarctic Territories. Most of the Group E1 (V) Humpback Whales spend every winter on the Great Barrier Reef, and every summer in Area V* Antarctica, near Dumont d’Urville Base (France) and Scott Base (NZ) & McMurdo (USA).

More about the amazing Aussie Humpback Migration in the next blog… 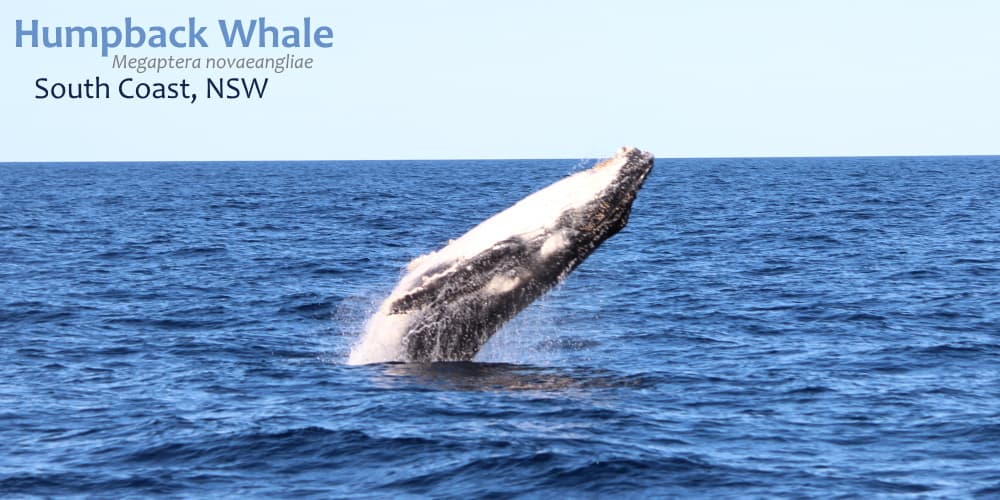 We see Humpback Whales on several of our tours – the new Island Birds & Humpbacks Ningaloo, Wildlife Journey, and Great Ocean Road. Our good friends at Naturaliste Charters, WA run regular whale watching trips throughout the year – we are planning to incorporate this into a 7 day trip in March 2021. Contact us if you want to know what is the best season to travel for whales. 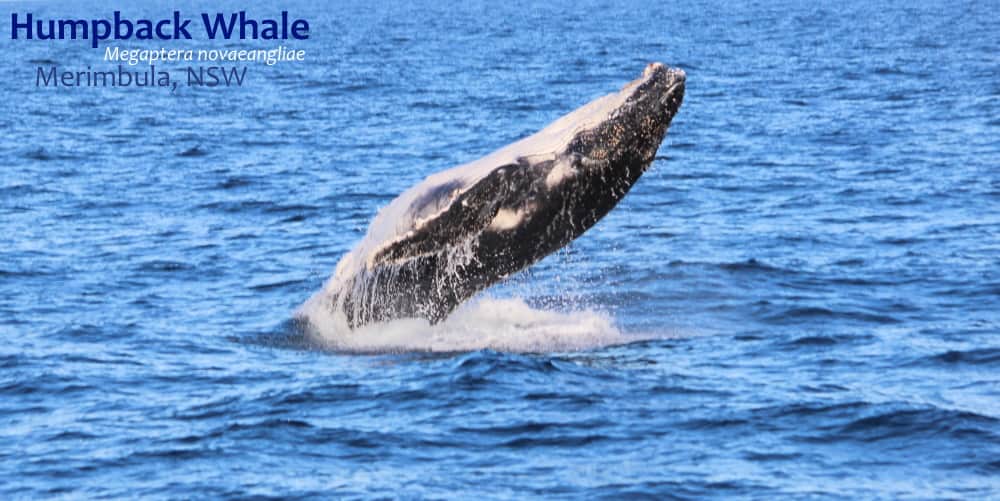 More information about status and threats to Humpback Whales: http://www.environment.gov.au/cgi-bin/sprat/public/publicspecies.pl?taxon_id=38

How to identify Australian whales: https://www.echidnawalkabout.com.au/how-to-identify-whales-along-the-great-ocean-road-australia/