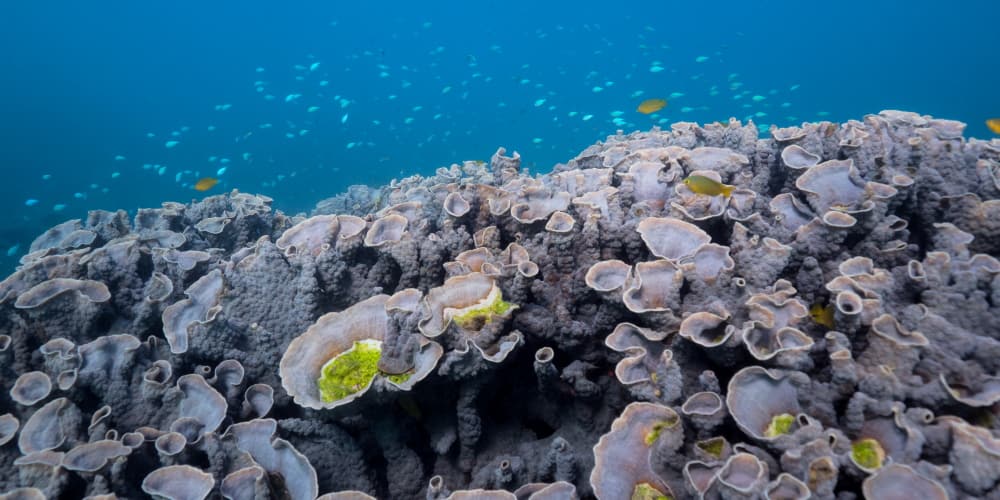 We expected to see big fish. But, like so much in life, the unexpected became a highlight.

At Ningaloo Reef, the little fish are a delight.

Our friends at Exmouth Dive and Whalesharks always get swimmers in to the water for a snorkel on the reef first thing in the morning. It helps everyone relax with their equipment, learn how to use it, and lets the dive team assess who needs a bit more assistance.

The locals take it for granted, but snorkelling on Ningaloo Reef should be a bucket-list item on its own.

We plunged in, to the clear, warm turquoise water. Just metres below white sand formed the floor. It was so clean. Like a fastidious housekeeper had swept up that morning.

The beaches of Ningaloo are sparkly clean too – read about how much wildlife lives on those! 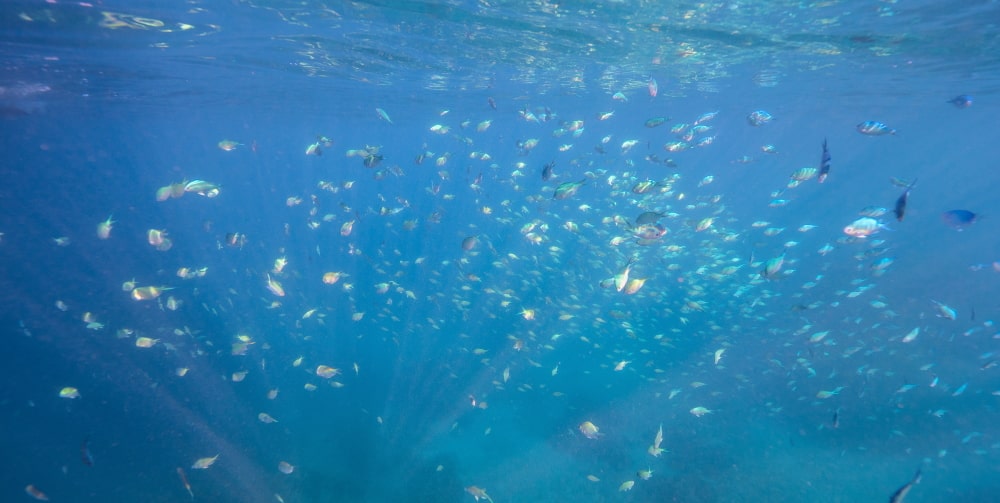 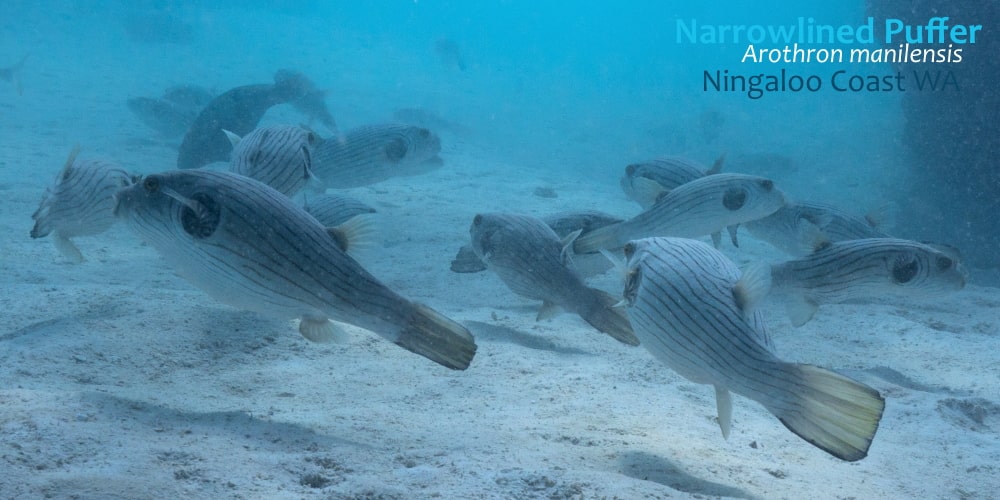 Erratic boulders of all sizes were scattered like cushions across the clean white floor as far as the eye could see – which was far in this clean bright water. Out of the boulders sparks of light flashed.

It took me a minute to realise that the boulders were the reef, and the sparks were little fish.

Going closer was not an option, it was imperative. The sparks of bright yellow were Cigar Wrasse Cheilio inermis, Blue-dash Butterflyfish Chaetodon plebeius and schools of Manyline Sweetlips – big white fish with yellow fins. But down here nothing is a simple as it first appears. Looking closer the Manyline Sweetlips are not white at all, but silver with fine yellow stripes all over their bodies. 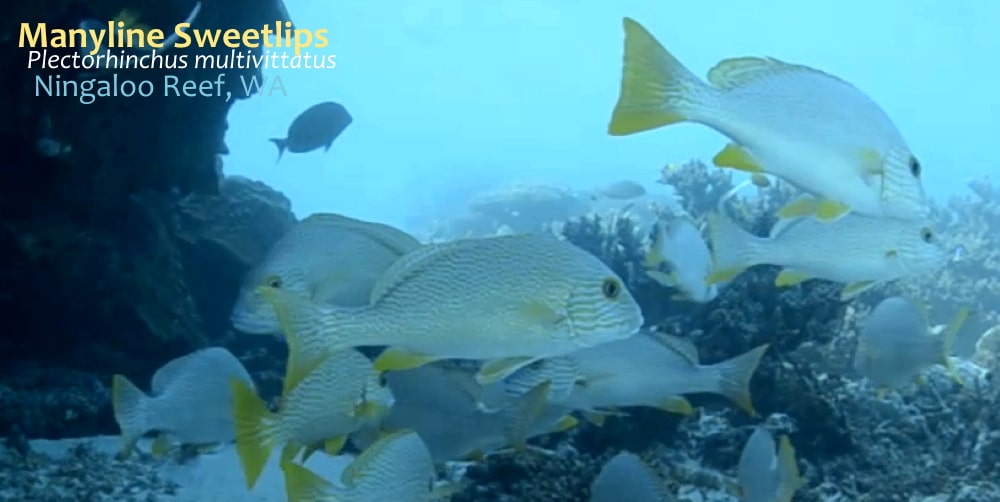 “Ha” laughs a Raccoon Butterflyfish Chaetodon lunula as it darts past. “You’re easily impressed if you can get excited by a Manyline Sweetlips… look at me!”

He’s right, my attention was grabbed. This Ningaloo reef fish was dazzling, intense yellow with black stripes and a white bandana that glows ultra-violet. He’d be the star at a dance party.

Ultra-violet whites and blues are not unusual down here. A Bluestreak Cleaner Wrasse Labroides dimidiatus hangs around under a coral boulder, flashing lines of blue-white. Its worth watching these fish, they clean other, bigger fish of the reef.

I realise that the sand under the coral near the wrasse is waving slightly. Well hidden to my inexperienced underwater eyes, a Jenkins’ Whipray Himantura jenkinsii floats calmly. 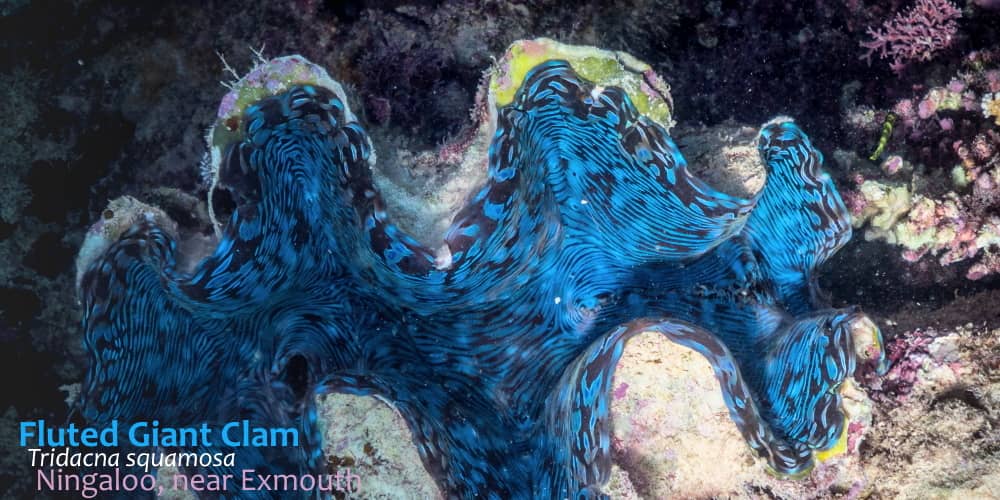 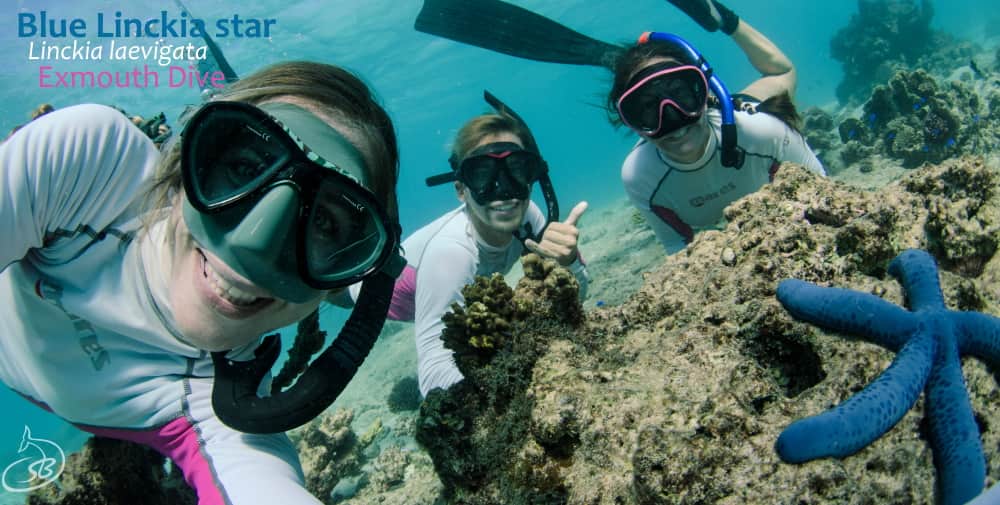 Black, white and yellow are a popular colour scheme in this hotel. Longfin Bannerfish Heniochus acuminatus wear it in vertical stripes, Two-line Monocle Bream Scolopsis bilineata wear it as a crazy cap on their heads. Adorable Clark’s Anenomefish Amphiprion clarkii (a type of clownfish like Nemo) have bright yellow tails on their black bodies with three broad white stripes.

There’s another species of anenomefish here too – Australian Anenomefish Amphiprion rubrocinctus, but they are resplendent in burnt-orange and black. They have just one white line behind their head. 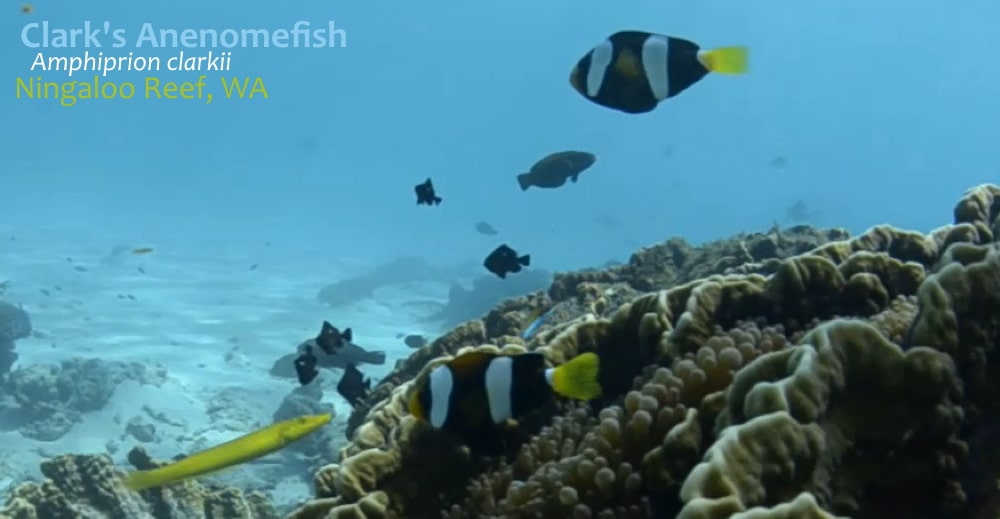 Then there’s the colourful ones! Parrotfish are not afraid to be gaudy – Sixband Parrotfish Scarus frenatus rock a purple and green scheme with an extraordinary fine paisley pattern on the side; Surf Parrotfish S. rivulatus do green, blue pink and orange; Steephead Parrotfish Chlorurus microrhinos mostly restrain themselves to blue, purple and green, but sometimes they are red; Greencheek Parrotfish S. prasiognathos are dashing in turquoise and yellow. Yellowbar Parrotfish Calotomus zonarchus shine plum and turquoise, a colour scheme they extend even to their lipstick. 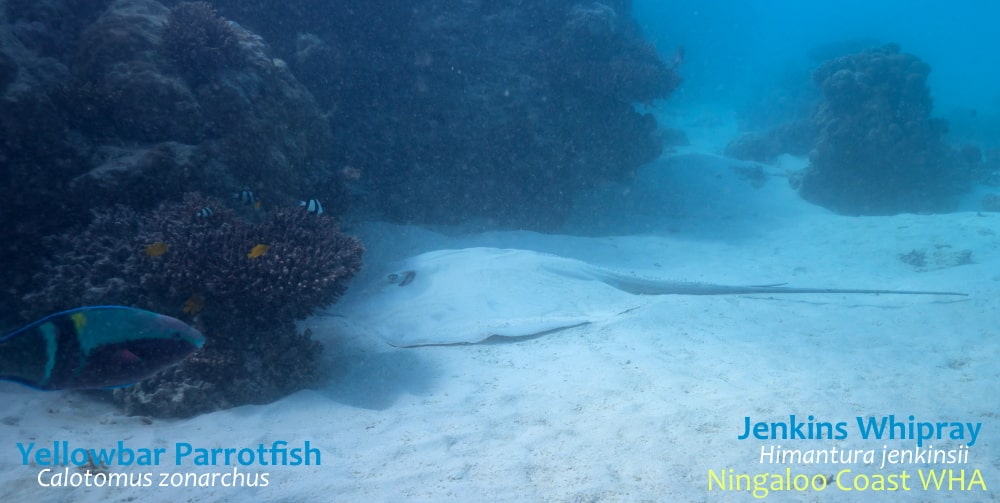 To help wildlife, we record every animal – bird, fish, reptile, mammal, invertebrate – we can and submit photographs and notes to eBird and iNaturalist. See some of the underwater wildlife we see here: https://www.inaturalist.org/projects/ningaloo-wildlife

Our next conservation experience to this area will be in September 2020, then again in April 2021, and includes several opportunities for snorkelling and recording the little reef fish of Ningaloo.  This tour is run in partnership with Exmouth Dive & Whalesharks Ningaloo.