These are the adjectives commonly used to describe crocodiles. But beautiful????   Let me explain.

Last August cruising on the East Alligator River, that separates Kakadu from Arnhemland, a 3 metre female saltwater crocodile swam – no, glided – past in the apple-green water. She was framed by hanging melaleuca leaves, her sparkling cat’s eyes focussed on the bank. She moved as elegantly as a dancer. And she was beautiful.

We see many large crocodiles on our 6 day Wild Top End tour in northern Australia. The Mary River just west of Kakadu is wonderful for them. The Mary is a braid of lazy pandanus-fringed billabongs full of floating lotus lilies, a rest stop for thousands of Plumed and Wandering Whistling-ducks, Intermediate and Great Egrets, Magpie Geese and a few pairs of Jabiru and White-bellied Sea-eagles. See these birds here.

In contrast, the East Alligator is a straight, fast-flowing river overhung by giant paperbark melaleucas. Tributaries hide Australia’s largest heron – the Great-billed Heron – and tiny Azure Kingfishers. Saltwater crocodiles thrive in both rivers. They are usually seen resting up on the banks. 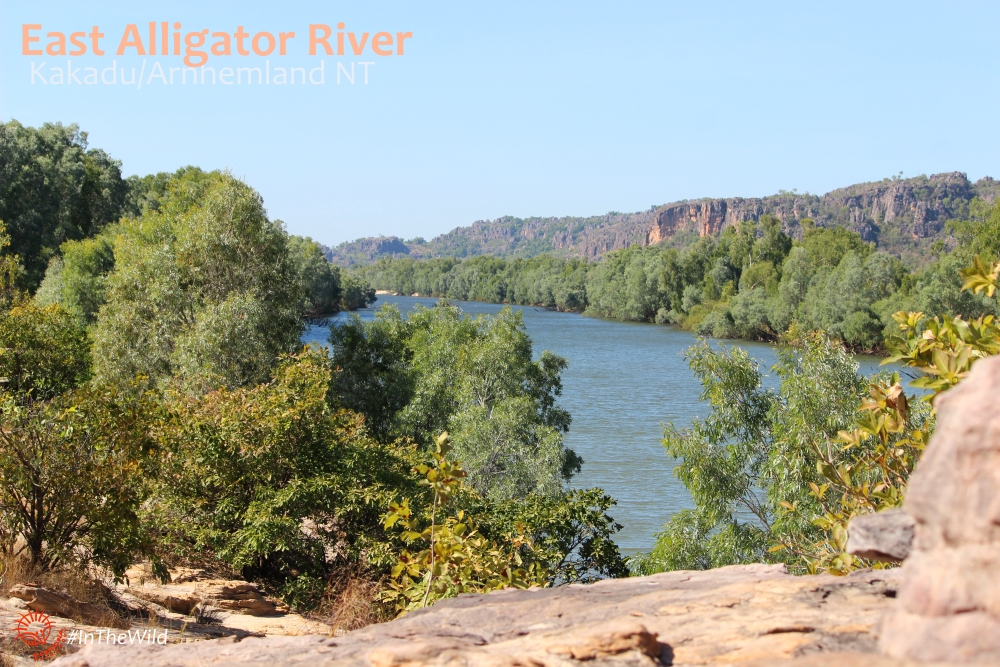 It is not unusual to count 40 large salties on a one hour boat cruise on either river.

They can be hard to spot at first. Their gold, green and black colouring matches the harsh sun and shade on a sizzling Top End day. And we’re used to thinking that 5 metre-long, 60cm-diameter cylinders are fallen trees ….. NOT animals.

The saltwater crocodile is a masterpiece of form meets function. Their huge bodies (can be up to one tonne in weight) move through water barely disturbing a ripple. Like an athlete, their skin glows with robust, muscular health. Their eyes are clear with intelligence and a mammalian*1 ability to learn. They are beautiful in the way an elephant or a rhino is (if you haven’t seen an elephant or a rhino in the wild, do it, please. You will not believe how gorgeous a big grey wrinkly thing can be). Not convinced? Look away from the huge head with big teeth and look closely at the back and tail. The pattern is so abstractly striking it could be a mosaic or a stained glass window. Then think about their age. Pretty much every crocodile you see in the Top End is over 20 years old*(2). Every one of them survived being born tiny into that dangerous river you would never dream of swimming in. They have no choice but to live in that river full of fish, turtles, sharks and other crocodiles all wanting to eat them. Its no wonder the survivors are so smart – the stupid ones wouldn’t last long.

The danger doesn’t end when they outgrow the hungry sharks and barramundi. Crocodiles are territorial and will kill intruders. So their entire life is a balancing act of compromise, negotiation and wariness. To do this well, and reach 70 years of age and 5 metres in size – wow, this is a creature worth respect. 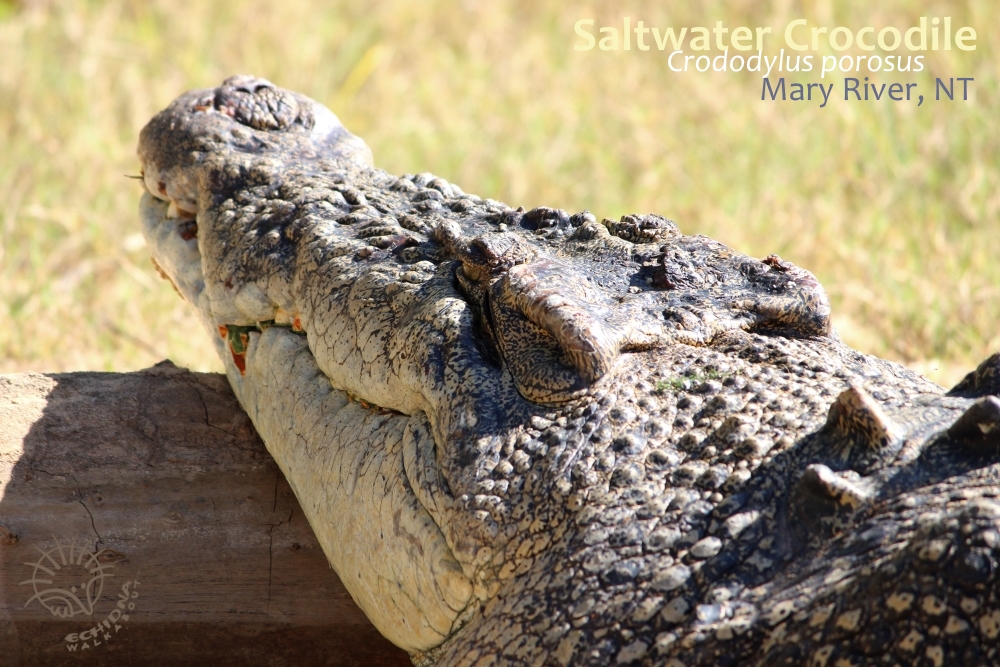 Every time we see a large crocodile in the Top End we are thrilled to be in the presence of such grandeur.

Read about the other wildlife we see in the Top End here.

Do a crocodile tour with us next August in Australia’s Northern Territory: Wild Top End. *1 Crocodiles are the most intelligent of reptiles, with an ability to learn that rivals dogs and apes. They have also been recorded using tools. Scientific American magazine Forgive me for the use of the word “mammalian” – I know creative intelligence is not confined to mammals, but I was trying to get a point across.

*2 Seeing a small crocodile (under 2m) on a tour in the Top End is a fairly rare sight – they are there, but most are busy hiding.