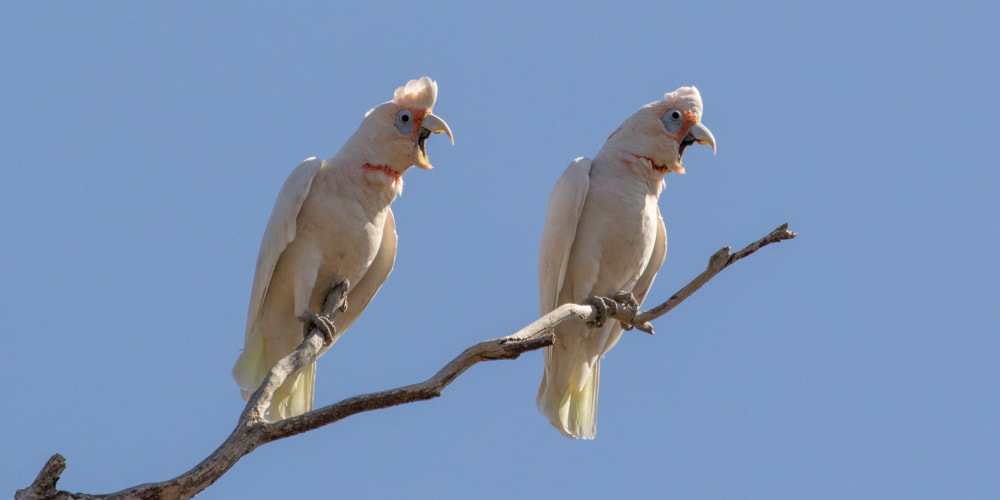 More cockatoos live in Australia than anywhere else in the world and the Grampians Range (Gariwerd) is one of the best places to see them.

You can see many of these magnificent birds, sometimes in extraordinarily large “groups”, on our Coast Mountains Outback tour series.

Talking of groups of cockatoos, if you Google “collective nouns” for cockatoos you’ll get a few laughs but no definitive answers.

But before we look into some of the crazy names for cockatoos let’s learn more about the region then consider why there are so many ‘cockies’ in and around Gariwerd – or, as I like to call it, Cockatoo Central.

Shaped roughly like 5 huge concertinaed boomerangs the sandstone ranges of Gariwerd are about 100 klms long by 50 klms wide jutting spectacularly out of the surrounding plains like a series of giant saw-tooths – in fact one of the longest of Gariwerd’s ranges is called Serra after the Portuguese word for saw.

Aboriginal people have a different take on the appearance of the ranges: Gariwerd relates to the shape of a sleeping person’s nose in profile. Each range is tilted with the east face (nostrils) precipitous and the other face (the bridge) reclining gradually westward. Deep valleys, rich in a staggeringly diverse flora, separate each range. 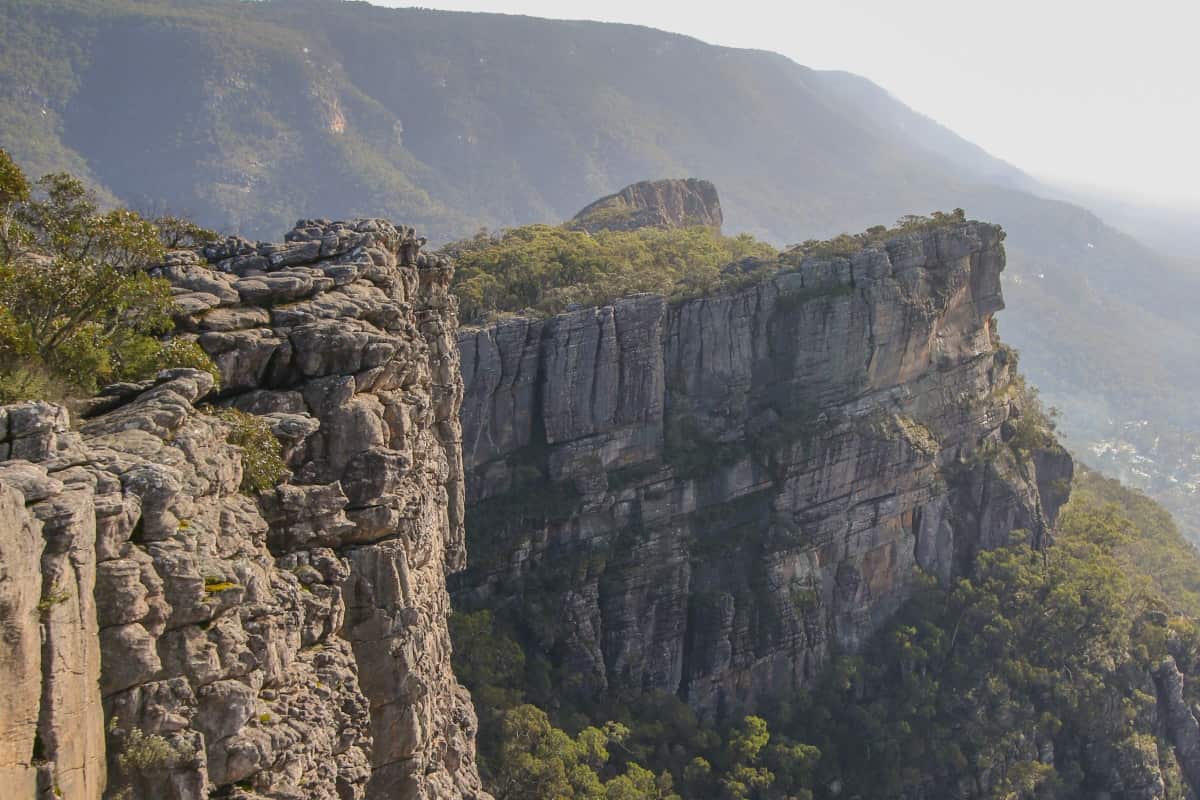 Gariwerd’s surrounding plains were once covered by sea – with the Gariwerd ranges forming a large central island – which receded and eventually transformed into expansive grasslands; conversely, the mountains are covered in dense and often unique vegetation. These varied habitats, combined with a steep decline in annual rainfall from south to north and an abundance of old trees with cockatoo nesting hollows, mean that Gariwerd can support the needs and seasonal movements of half of Australia’s cockatoo species.

Here’s a list with general size, colour, group size and relative abundance (note: the Cockatiel is a rare visitor but can pop up on the surrounding plains) 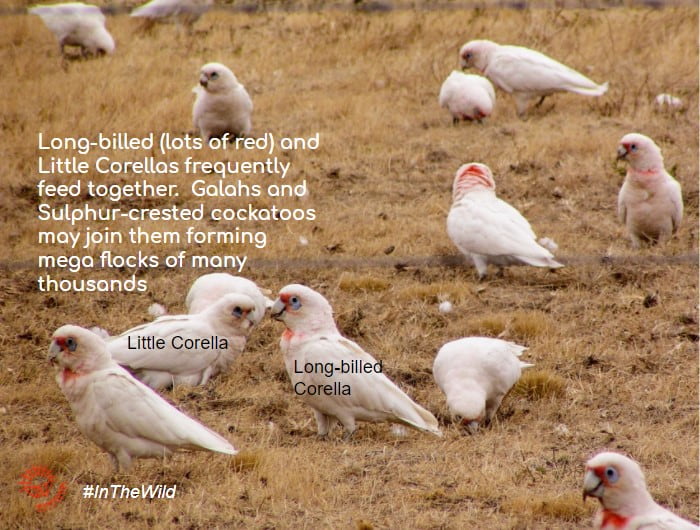 COCKATOOS PICTURE GALLERY: This photo comes from a picture gallery with notes so you can take your time to view all of the birds mentioned above (you can move through the gallery by swiping or clicking the forward and back arrows on your keyboard). Photos by Echidna Walkabout Wildlife Guides Janine Duffy, Martin Maderthaner and Roger Smith.

“When one considers that every one of these birds could live from 40 to 90 years, I saw before me many generations of life on the wing”.

From high in the mountains of Gariwerd one hot summer’s day I saw a mixed group of Corellas and Sulphur-crested Cockatoos feeding in such large numbers on the grasslands that they filled a huge paddock; being white, it looked like heavy snow had fallen on the golden summer grasses, a contradiction that took me some time to absorb.

As if to help me come to terms with what I was looking at the entire flock took off in one impossibly large group – maybe half a kilometre in diameter – that cartwheeled across the sky, flashing and dazzling-white in the midday sun, screeching and yodelling so loudly I could hear them clearly from 5 kilometres away.

I also heard the softer more melodic calls of Galahs and realised that this massive flock also included hundreds of these magnificent pink and grey cockatoos (my favourite bird) which are more difficult to see both in the air and on the ground. 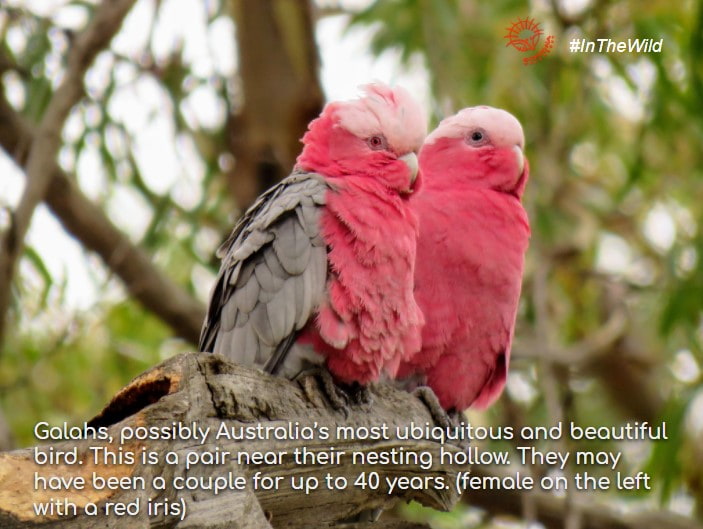 When one considers that every one of these birds would live for 40 to 90 years, I saw before me many generations of life on the wing. Like us, cockatoos are highly gregarious and form powerful family bonds that last a lifetime.

Through binoculars the whole display took on an air of the ethereal.  I suddenly became immensely proud of living in a land with such extraordinary and abundant beauty – it gave me an insight into how Aboriginal People feel about their land.

All to soon the display ceased as the birds split into smaller parties and departed in different directions. 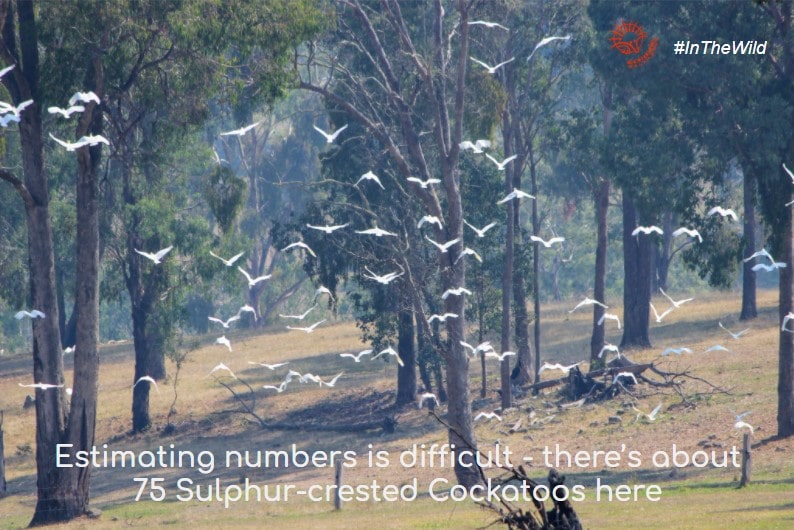 So what is the name for a group of cockatoos?

Cacophony, pandemonium, flock, bloody nuisance, cockery, cackle all seem to miss the point. I prefer words like tribe, multitude, wave, rollercoaster, company, spirit or even an Australian of Cockatoos.

Yes, I’ll go with “An Australian of Cockatoos”.   Let’s see if we can get that to come up on a Google search!

Here’s a video we shot on one of our Wild Top End trips. It gives you an idea of how much noise Little Corellas can make. (sorry if it’s a bit wobbly at times – it was hard to keep up with all the action)

This is the third blog about our Coast Mountains Outback tour series created by our Senior Wildlife Guide, Martin Maderthaner:

“We continue inland to the dramatic Grampians (Gariwerd), a massive sandstone mountain range renowned for its wildlife, wildflowers, waterfalls and vistas.  A range of different hiking routes cater for all fitness levels.  The Grampians is at the southern end of one of the world’s longest mountain ranges, the Great Dividing Range. This is the barrier between the wetter coastal belt and the drier interior………..”  from Martin Maderthaner’s description.

FACTS & INFORMATION
Find out how to book our new Coast Mountains Outback tour series
GARIWERD: (GAR-I-WERD) is an Aboriginal word of the Djab Wurrung and the Jardwadjali who remain the traditional people of this area. The word is a compound noun. Gar means ‘pointed mountain’ and is related to the  word for ‘nose’. The –i translates into ‘the’. Werd means ‘shoulder’ and appears in ‘werdug’ (pronounced werdook) ‘his shoulder’. The entire word means The Mountain Range.
You can discover more about Gariwerd here: Budja Budja Aboriginal Cooperative
View more of our Multi-day tours   #ConservationTravelAustralia

This is Part 3 of a series about our new Coast Mountains Outback tour. Read Part 1 and Part 2

In Memory of Michael Williams
The Coast Mountains Outback tour series is dedicated to Michael Williams, Echidna Walkabout Wildlife Guide and Nature Photographer who left us in March 2019
RIP 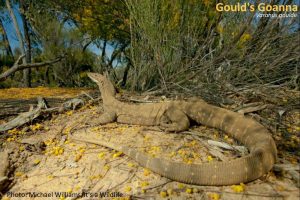