Bronzewing Pigeons: the art of Powder Down 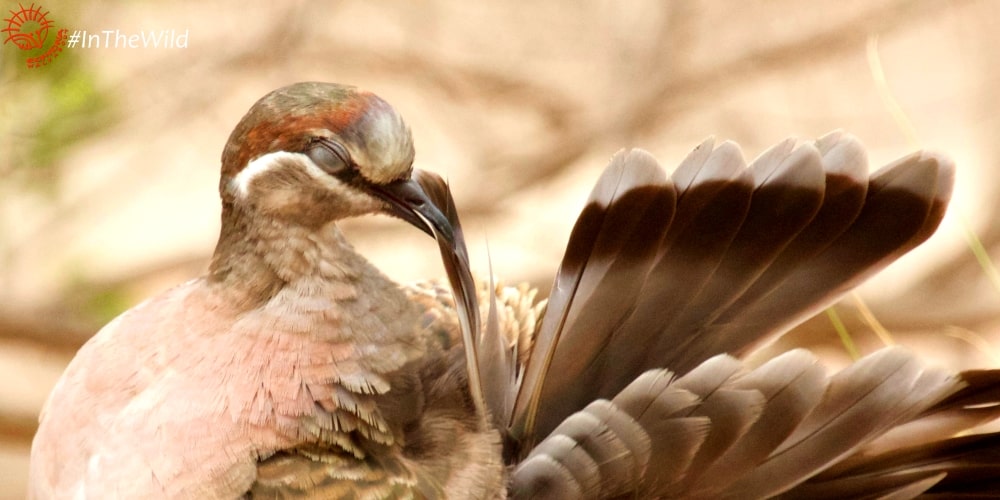 There is something soft and artistic about Common Bronzewings. They don’t suffer from harsh sunlight like the rest of us – a magical filter is always applied.

Wildlife Guide Martin’s photos of a female bronzewing preening show this magnificently. No filter, that is how she looked. 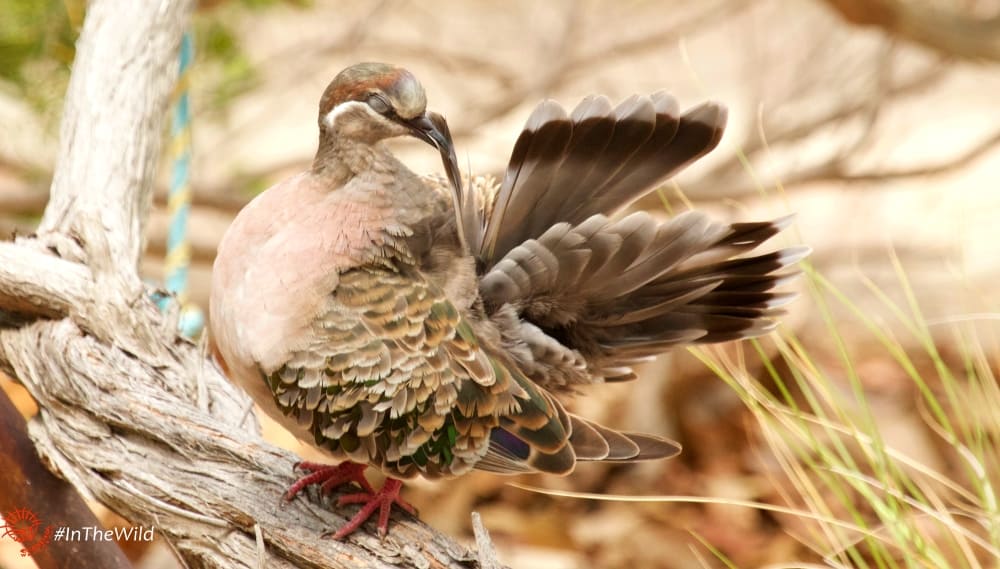 It’s not an illusion, and they are not really magical beings (or maybe they are, just a little). Common Bronzewing pigeons have powder down, a wonderful substance that gives them the ethereal softness of a nymph in a forest pool, or a unicorn in the fog. Or a ghostly white owl in the moonlight….. You get the picture. 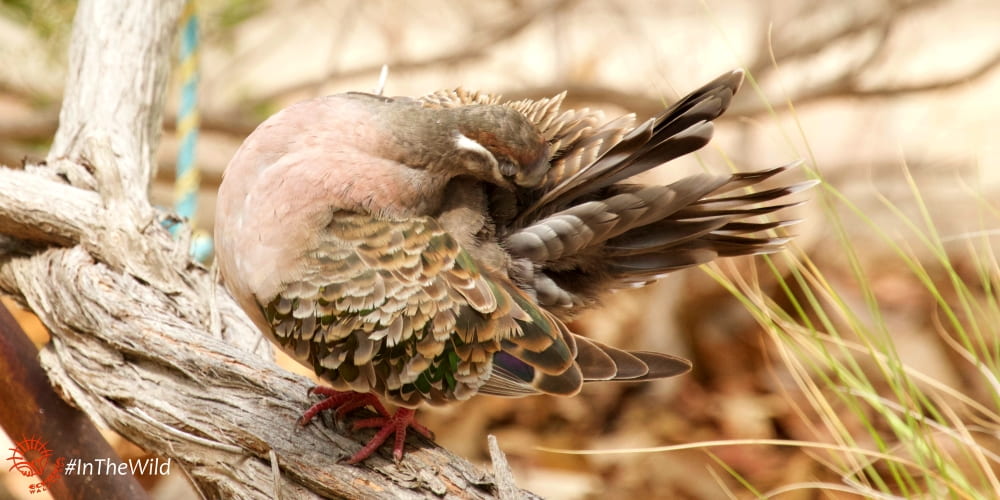 Having clean, bright feathers is important to birds. Feathers serve as body insulation, flight streamlining and mechanics, protection from predators, attraction or rivalry to others of their own kind. Clean feathers perform these tasks best.

Most birds preen (clean) their feathers several times a day. They can spend many hours on it. Every one of their thousands of feathers gets individual treatment, every day.

How many feathers does a pigeon have? 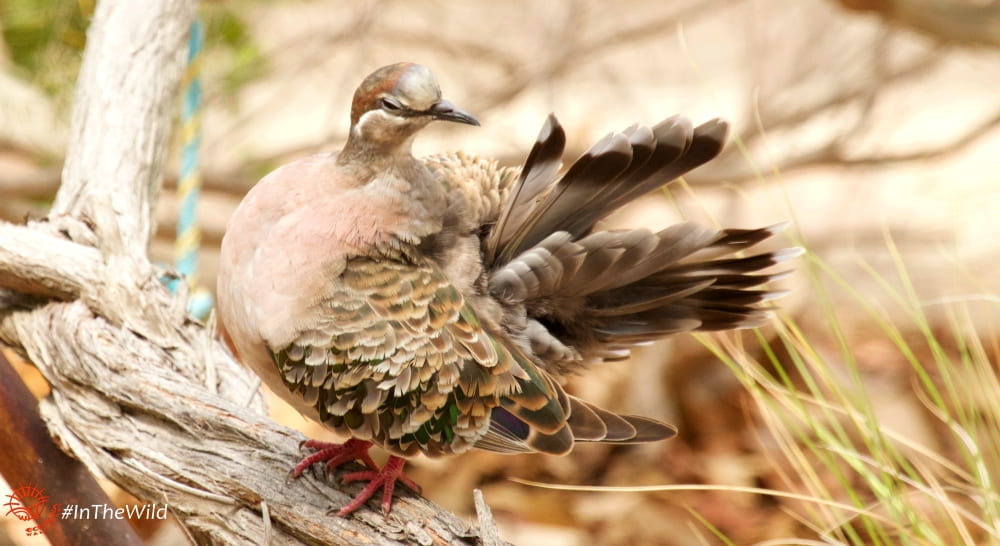 Pigeons and bronzewings are special – they are among a small group of birds* that have powder down. Some of their feathers are designed to wear to a waxy powder, which is spread over the body feathers and keeps them waterproof and clean. This powder down gives bronzewings their soft appearance. Most birds don’t have powder down, but they do have a uropygial (preen oil) gland near their rump. Spread over the feathers by the beak, this oil performs the same job as powder down – waterproofing, flexibility and cleanliness. As far as I can ascertain, some species of pigeons do have a preen oil gland as well as powder down. 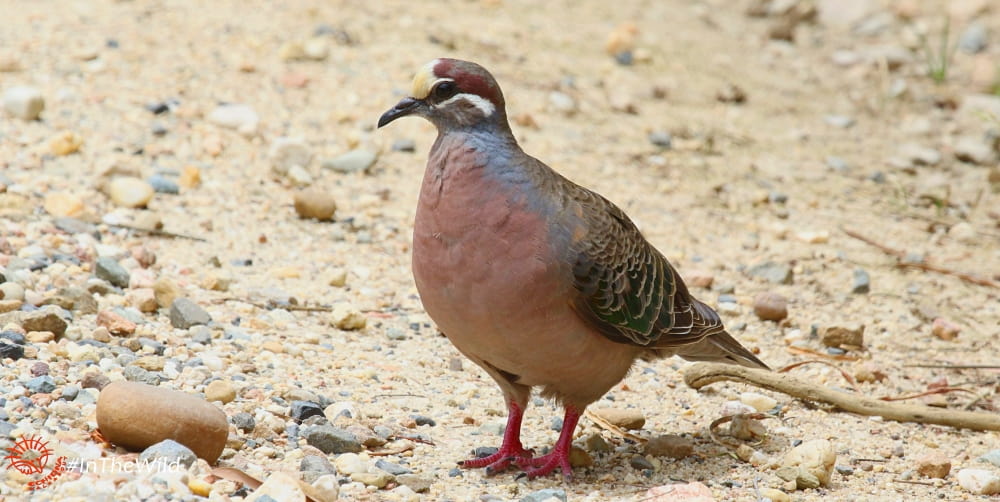 Common Bronzewing pigeons are plentiful particularly on the first day of our Wildlife Journey, on Raymond Island, where these photographs were taken.

Common Bronzewings Phaps chalcoptera are distributed over the whole mainland of Australia, and some parts of Tasmania. They are a large, ground-dwelling pigeon with a metallic rainbow sheen in their wings which gives them their name. They are quite shy, but on Raymond Island they live with humans who are very considerate of wildlife, and have become quite relaxed.