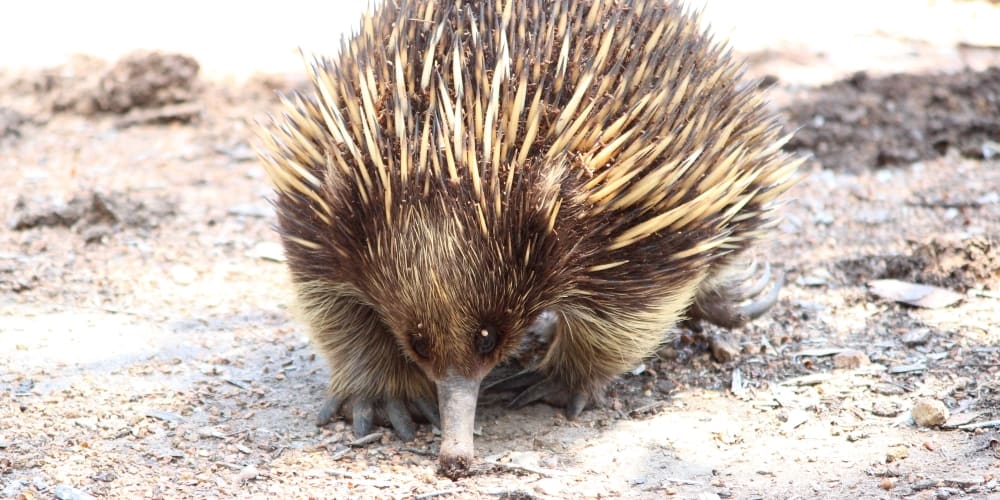 Raymond Island, in the Gippsland Lakes National Park, is one of Australia’s best islands to see wildlife.

On a recent Maximum Wildlife tour, an Echidna was calmly foraging in the picnic ground. We had come there to enjoy lunch, but the echidna photographing opportunities were more tempting than food!

Wildlife is number one on Raymond Island, East Gippsland. Local Raymond Islanders love and respect their wildlife, and it shows – all over the 6km x 2km island native wildlife is abundant and relaxed. Eastern Grey Kangaroos mow the lawns, Rainbow Lorikeets feed in garden shrubs, Burrunan Dolphins cruise past the ferry, Common Bronzewings walk along local streets, and Echidnas forage in the playgrounds.  Read about Common Bronzewings and their startling super-soft plumage here. 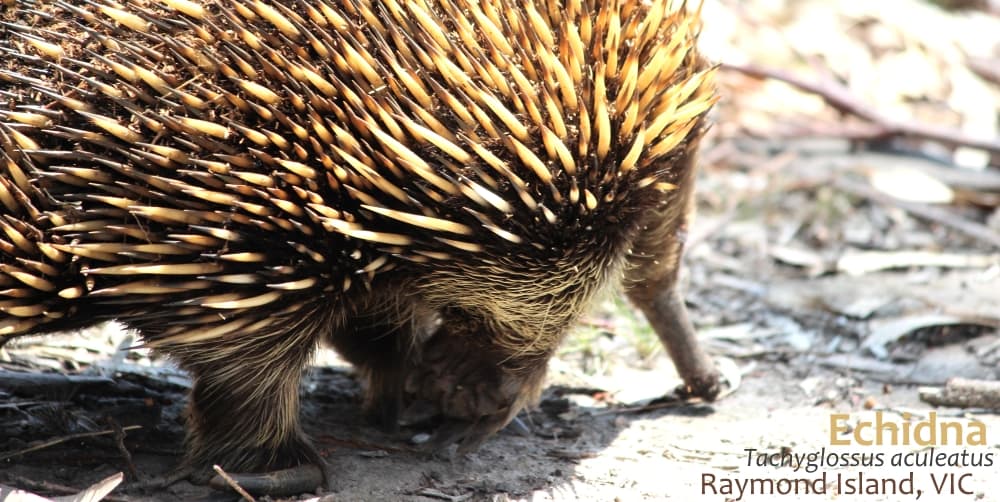 On this trip to the island, the best wildlife sightings started the minute we arrived. A Short-beaked Echidna Tachyglossus aculeatus was under the slippery slide in the playground – much to the concern of picnickers. Read how we ‘rescued’ the echidna here.

After being liberated from the slippery slide, the undaunted echidna continued to forage in and out of the garden beds, across the paths, and under the picnic tables for the next hour. 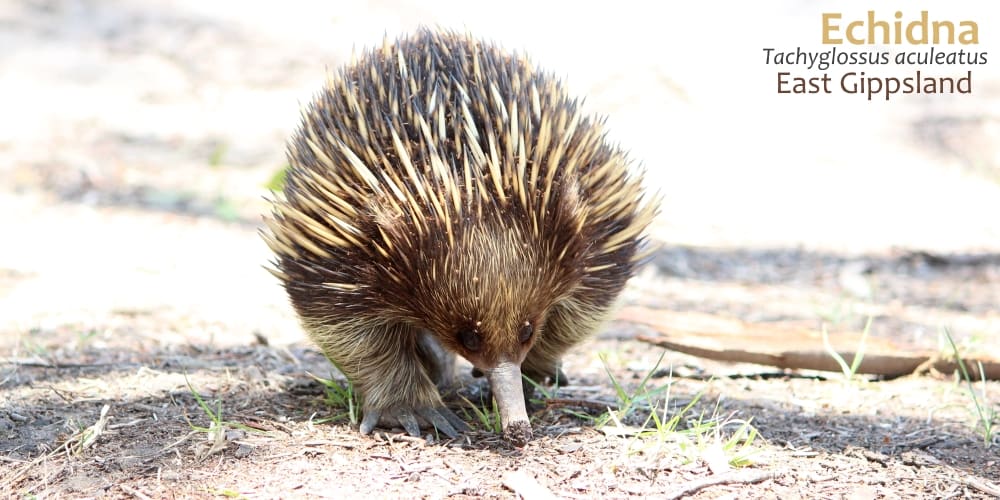 One of my guests was a keen photographer, and took thousands of shots from all angles, always staying a good distance away as I had requested. Finally satisfied, she sat down on the warm grass, back against a gum tree and just watched.

The echidna wasn’t ready to stop being a wildlife star. She walked right over to my guest, and nudged past her boots. 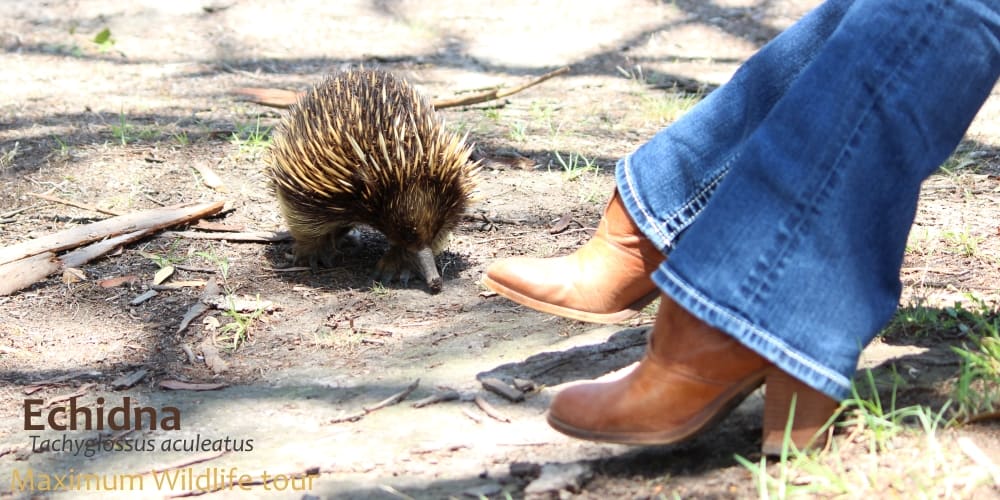 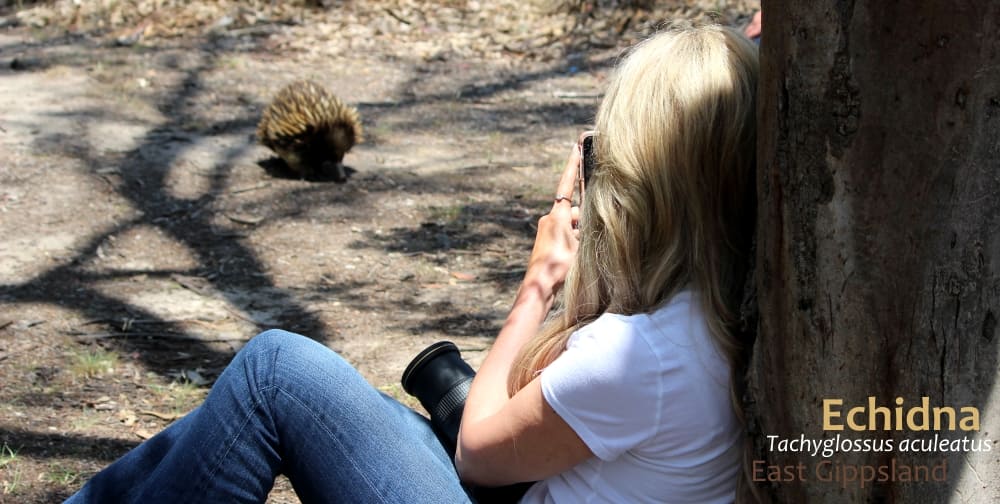 Of course this was too much for my photographer guest. The echidna was too close for the big lens DSLR, and she had to resort to the iPhone.

We visit Gragin (Raymond Island) on Day 15 of our 21 day Maximum Wildlife tour.