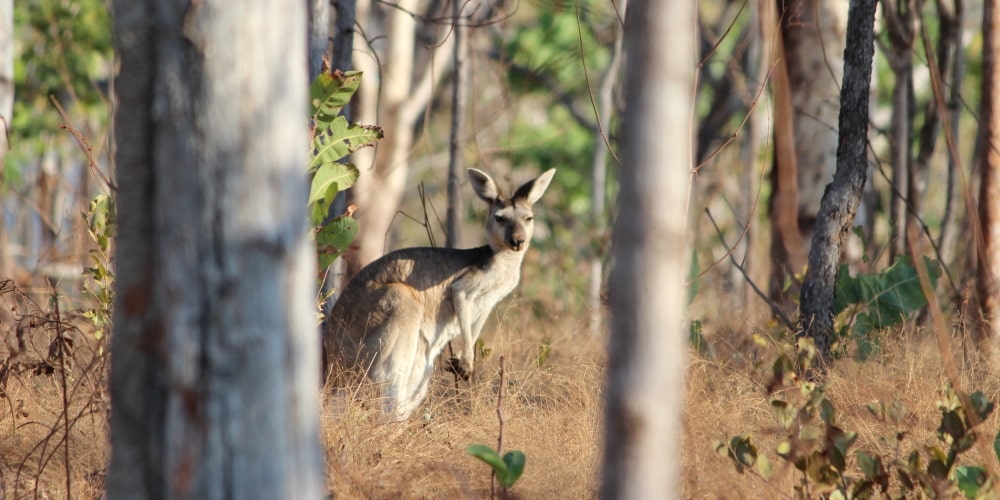 They replace the Red Kangaroo north of about 19 S latitude and are similar in colour and behaviour. They overlap a little with Eastern Grey Kangaroos in coastal northern Queensland. 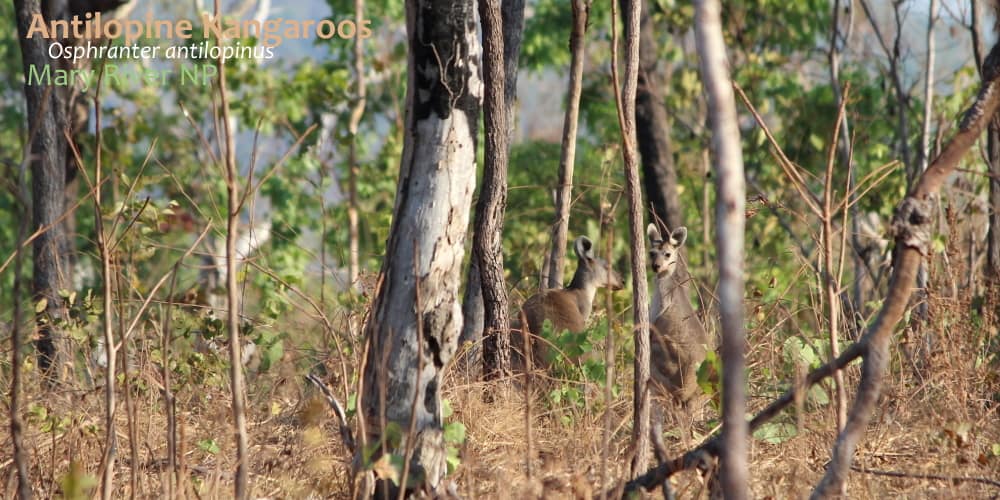 We usually see them in the Mary River area on the Wild Top End 6 day tour, and around Timber Creek on the Maximum Wildlife tour, but they can be seen through Kakadu and around Katherine – Nitmiluk.

Antilopine Kangaroos are some of the most social of Australian macropods: groups of 3 to 8 are normal and larger groups are seen at times. Adults groom each other at any time of year, not only as part of a mating ritual – which is rarely seen in other kangaroo species. Their numbers are decreasing (1), and they are vulnerable to climate change. Until Euan Ritchie’s PhD in 2007 (2) there were very few scientific publications on any aspect of the Antilopine Wallaroo. They remain one of the least-studied of Australian kangaroos.

They can be hard to identify from Euro / Common Wallaroo and Black Wallaroo at times, so we have prepared this informative guide. Antilopine Wallaroos have a distinctive head shape. Males, in particular, get a swollen look to the muzzle between the nose and the eyes, which gives them a rounded (mule-like) profile, and bullish look front-on.

It is not just an illusion – Antilopines have a very large bulbous nose which assists with heat loss (3).

Females also have this swollen nose feature, but it is less prominent.

The nose area is bare of fur. The muzzle is dark: black or grey, which compared to the white face gives them a big-nosed look. 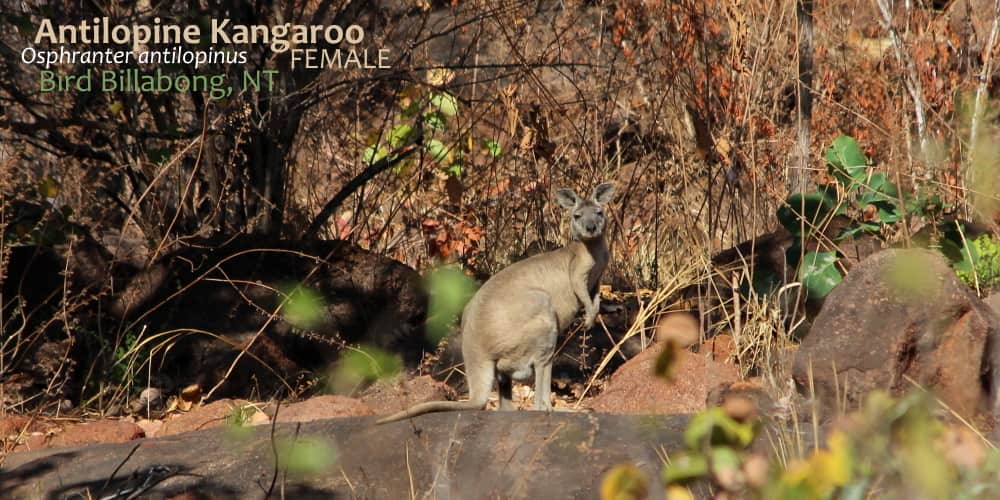 The eyes can be heavy-lidded, and appear squinty. They often have white above and below the eyes, making the eyes, when wide open, seem very black in a pale face. 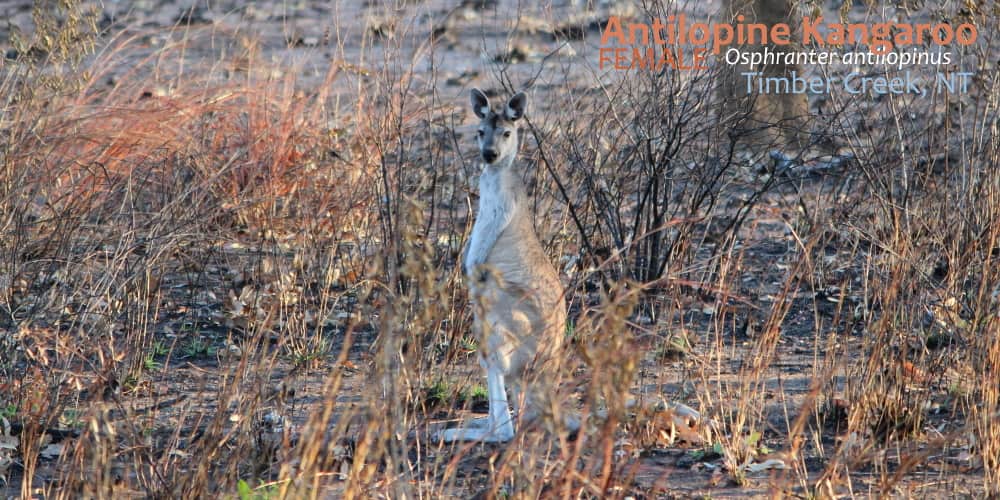 The fur is slightly longer than in a Red Kangaroo, but not as shaggy as a Common Wallaroo (Euro). Males have beautiful reddish fur on their backs, with contrasting white legs and belly. Females range from all over grey-tan, to grey with a golden tinge and white belly & legs.

See pictures and maps of the other macopods (kangaroos) of northern Australia here.

Antilopine Kangaroos are one of our favourite sightings in the Top End of the Northern Territory. What are the key ingredients of a great wildlife tour for families? After 26 years guiding...
Read More

On our Maximum Wildlife tour we travel to East Gippsland, in south-east Australia and Kakadu, in...
Read More

We See Wildlife in Surprising Places!

Sometimes, if you know where to look, you can see wildlife in the most surprising places….. Like a...
Read More

The wallaby and the wagtail: great wildlife photography while travelling.

There are many places in Australia with great wildlife, and many wildlife and bird photographers....
Read More

The You Yangs is a granite mountain range to the west of Melbourne. The sclerophyll forest...
Read More