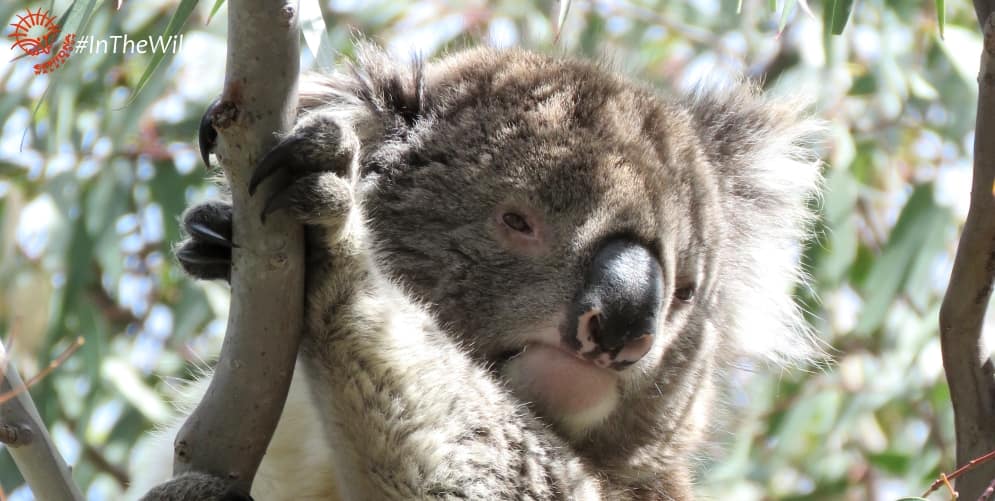 It just seemed to suit him..

He was first seen in October 2013, as a fairly young male. We assume he was around 3 years old at that time. Zack has already been seen 29 times in 2018. He is a frequent superstar! He has been seen sharing a tree with females Elizabeth, Emma and an unnamed female in 2018 – hopefully she had a joey as a result!

In early 2016 Zack suffered an injury to his right thumb (T2) that resulted in him losing the claw, and some hair loss. On 10 February the injury looked red and swollen. We monitored him over the next few weeks, and he continued to move around well and retain his general body condition. By 17 March the swelling had reduced and hair was starting to grow back. He is still clawless on that thumb at the time of writing (Sept 2018) but all hair has regrown and he is using that thumb normally.

For many years Zack lived adjacent to dominant male Anzac. Anzac tried several times to be rid of him, but Zack held fast. Now that Anzac has passed away, Zack seems to be consolidating his position, moving further into Anzac’s old territory. He has Cruiz to deal with to the east, and young male Lluvia making inroads.

His female neighbours are Pat, Misty and mother and daughter YuYu and CoCo. New female resident Ruth also shares some of his home range.

How do we know all this about Zack?

Our Wild Koala Research Project has been monitoring the koalas of the You Yangs and Brisbane Ranges for 20 years, using our non-intrusive method of nose pattern identification. Researchers and Wildlife Guides paid by Echidna Walkabout Nature Tours are on site +/- 310 days per year monitoring the koalas.