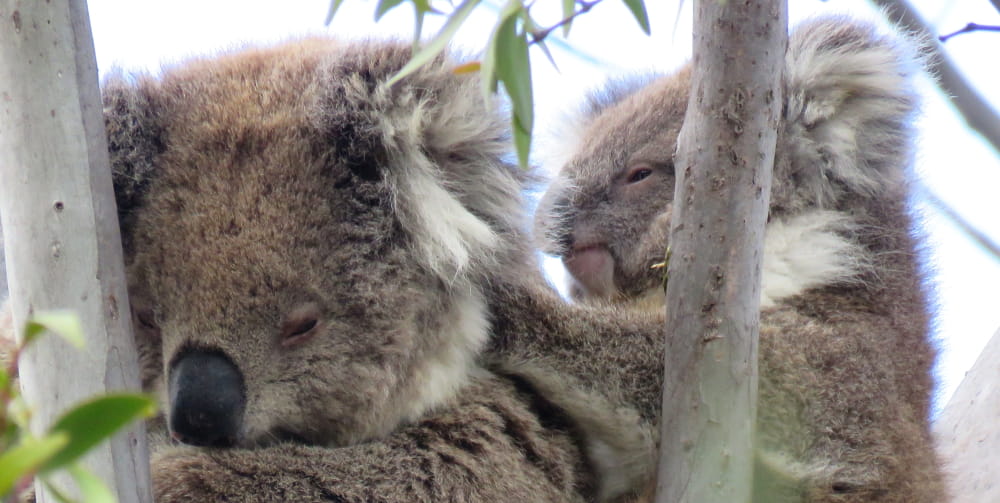 Winjku means freshwater in the Kunwinjku language of western Arnhem Land & Kakadu. Read more here: https://www.njamed.com/
When Winjku emerged, the You Yangs was experiencing record drought-breaking rainfall. Janine & Roger were in the Top End at the time, listening to the exciting reports of rain and baby koalas. In her first year of life she was seen 63 times by our researchers. That make her one of our most frequently seen joeys ever.

Gulkurguli is also father to Mimi, KiKi’s son – so he is Winjku’s half brother. 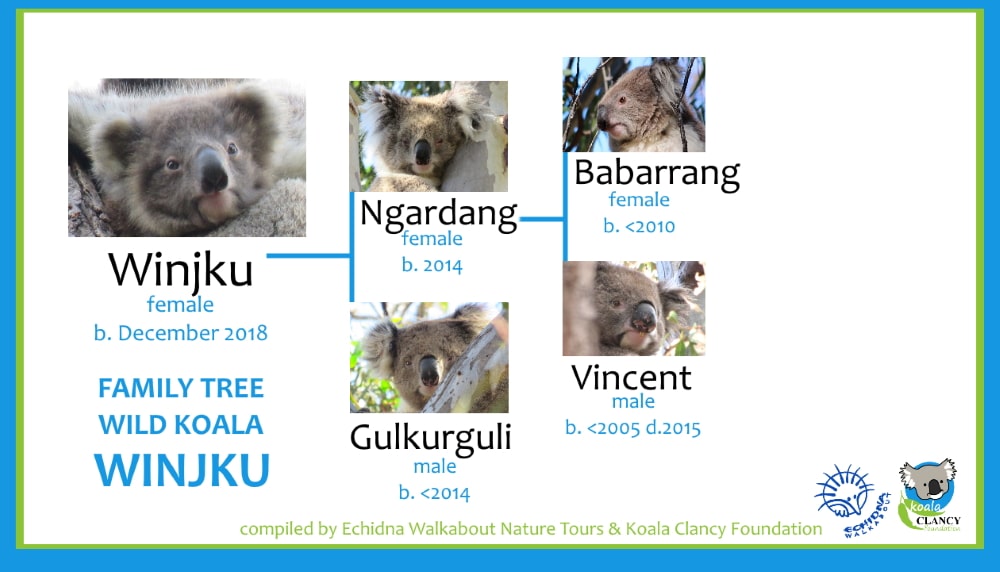 At the moment, her neighbours are her mother’s: her big sister Lakorra, KiKi and her offspring LuLu & Mimi, her father Gulkurguli. Nearby are Wemba, Yeera, Kozo and Winberry.

As a dependent joey Winjku was curious, she would look at our Koala Researchers and Wildlife Guides a lot. She was a real cuddler – she didn’t leave Ngardang’s embrace until she was 11 months old. But when she did leave, she was off exploring on her own, quite boldly. Little Miss Self-possessed, she always looked quite in control.  She made a few brief returns to her mum in early December 2019, but then struck out and hasn’t been seen near her mother since Christmas 2019. 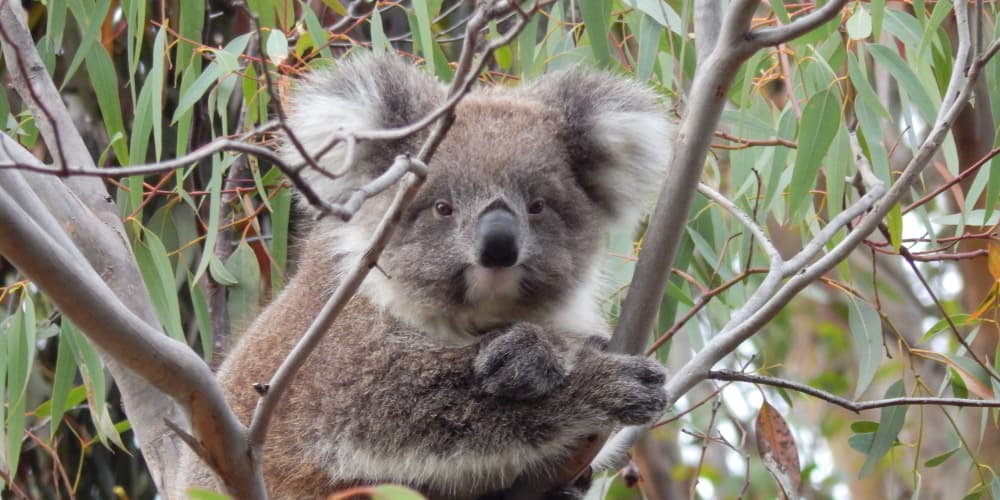 Winjku has survived the following extreme heat waves and droughts.

How do we know so much about Winjku?

All our tour guests play an important part in this research, by making it possible through funding, and by looking out for koalas on our tours. Echidna Walkabout is also the major supporter of Wild Koala Day on May 3 every year #wildkoaladay