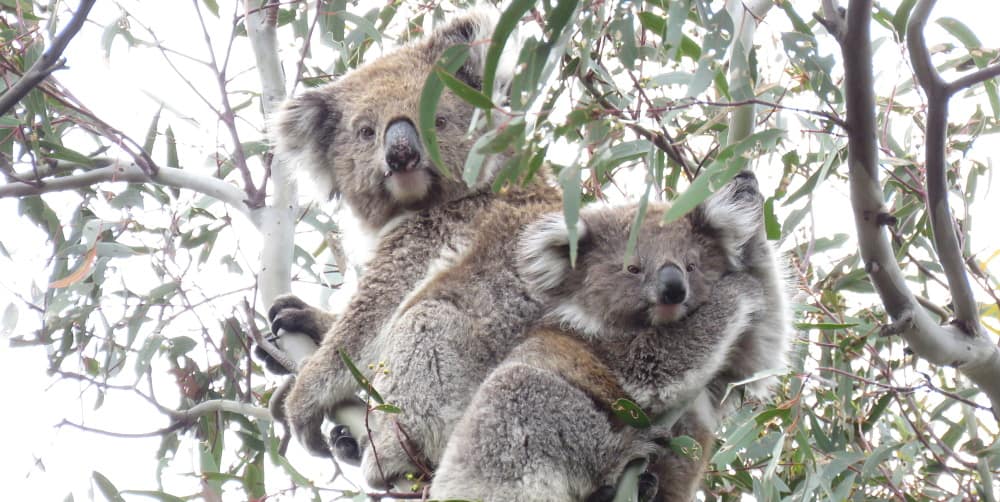 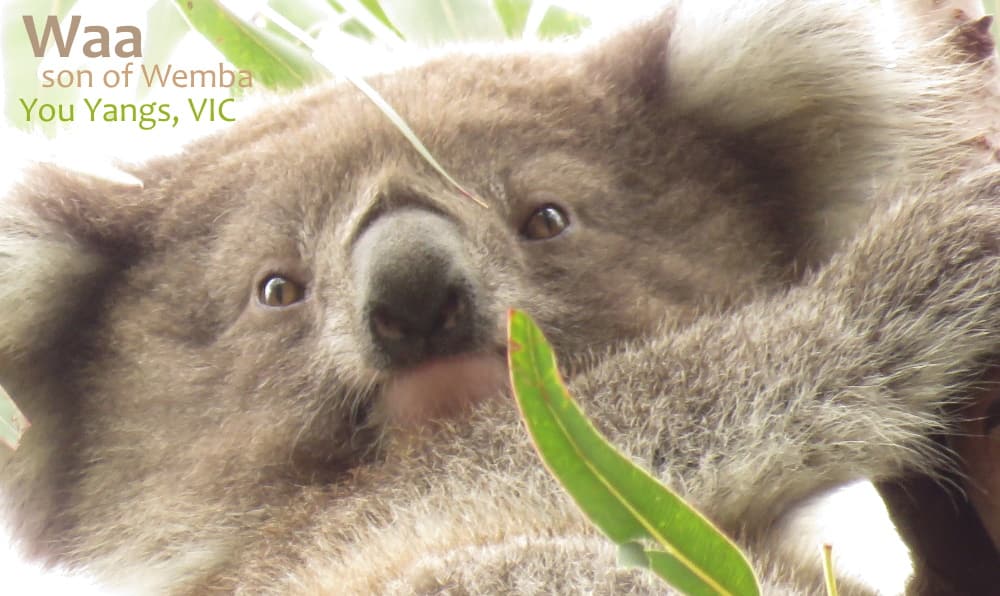 At the moment he is still with his mother, so his neighbours are Djadja, Mabo, Winberry, Kozo & Balyang.

Every time we see Waa he is nursing! He is a very hungry little fellow – probably determined to grow as big as he can. His mother Wemba is very tolerant, and seems to put up with him with great patience.

Waa has survived the following extreme heat waves and droughts.

How do we know so much about koala Waa’s history?

Echidna Walkabout’s Wild Koala Research Project has been monitoring the koalas of the You Yangs and Brisbane Ranges for 22 years. In 1998 we discovered a non-intrusive method of identifying koalas by their natural nose markings (nose patterns). Since then we have been collecting koala research data during tours, and using it to advocate for koalas, plant trees where they are most needed, and remove weeds to improve koala habitat.