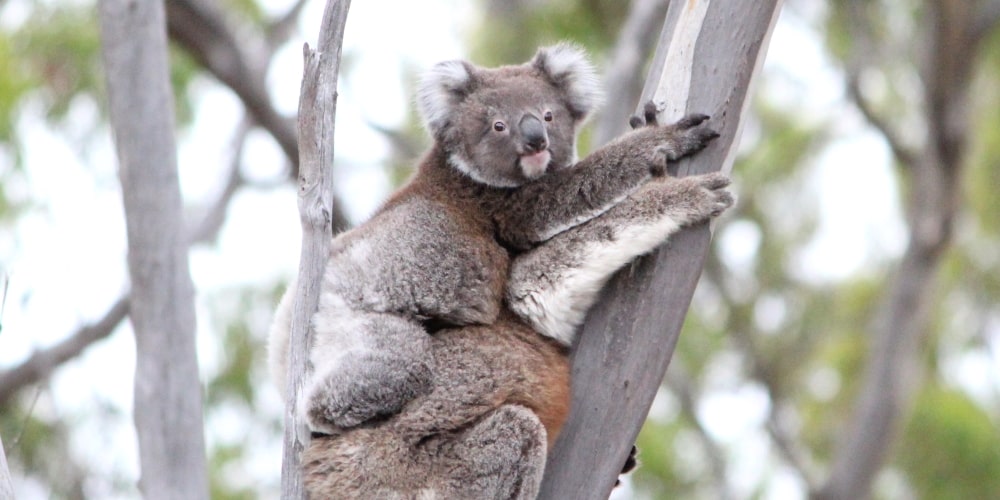 Indi is one of the traditional Aboriginal names for the Murray River that divides Victoria from New South Wales. It is particular to the upper reaches of the Murray – near its source in the high country of far East Gippsland. 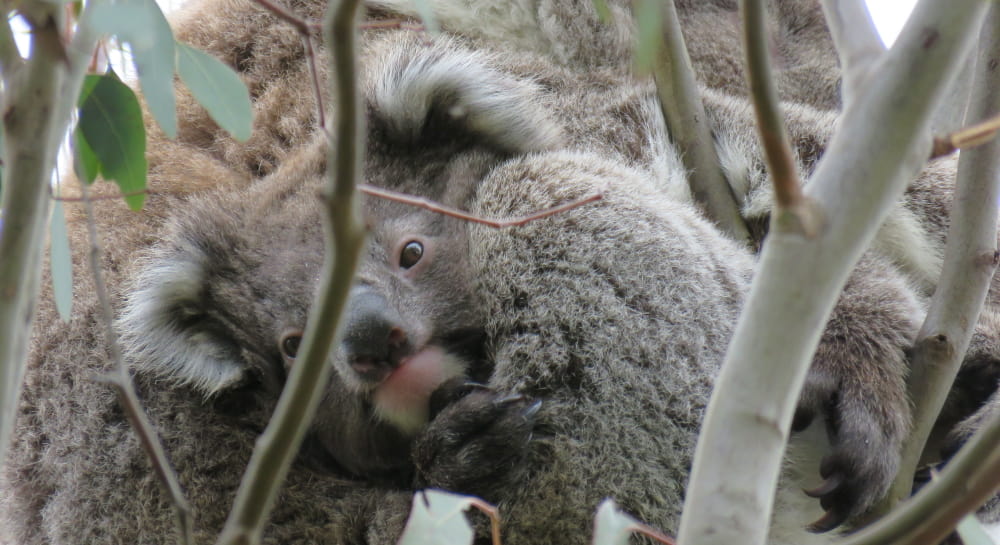 Indi is Kozo’s first joey, and the first known offspring of new dominant male Mabo. Indi now has a little brother, Balyang.  Through Kozo, Indi has a grandmother: KiKi, aunts and uncles Mimi, LuLu and Lara, a great-grandmother YuYu, all still living nearby. That’s three generations of one wild koala family: a dynasty!

Not known yet. She has not been seen since becoming independent, which doesn’t mean she’s not nearby, just that she’s shy.

We were particularly excited to hear about this baby, because we were worried about Kozo in the extreme heat events of January 2019. She seemed lethargic, not coping with the 46 degree C heat and we had to spray her with water multiple times. We thought it might be because she was young, just 2 years old, but we now know that it was because she was pregnant with Indi. No wonder she was tired.

It is incredible that both mother and baby survived those extreme heat days. Indi has survived the following extreme heat waves and droughts.

none yet, but some big ones coming soon!

How do we have so much research data about Indi?