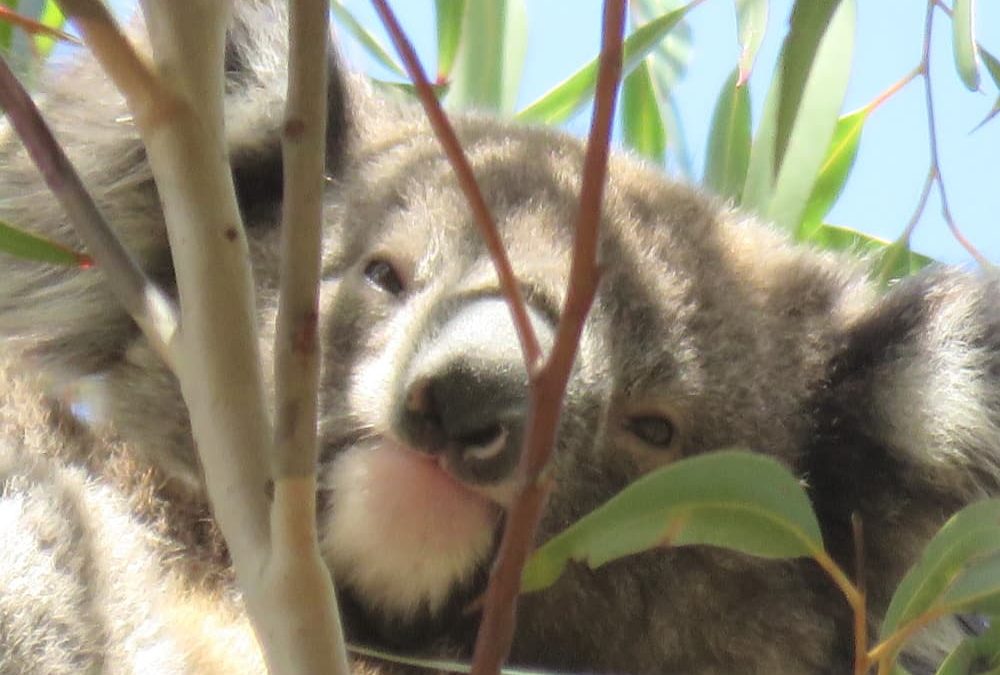 Balyang means Bat in the Wathaurong/Wada wurrung language. The word has also been used to name the township just north of the You Yangs: Balliang. 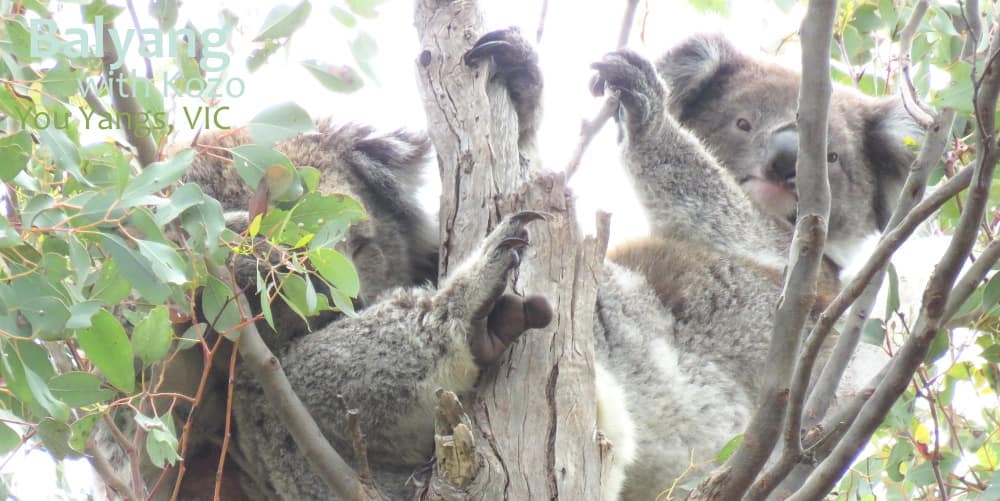 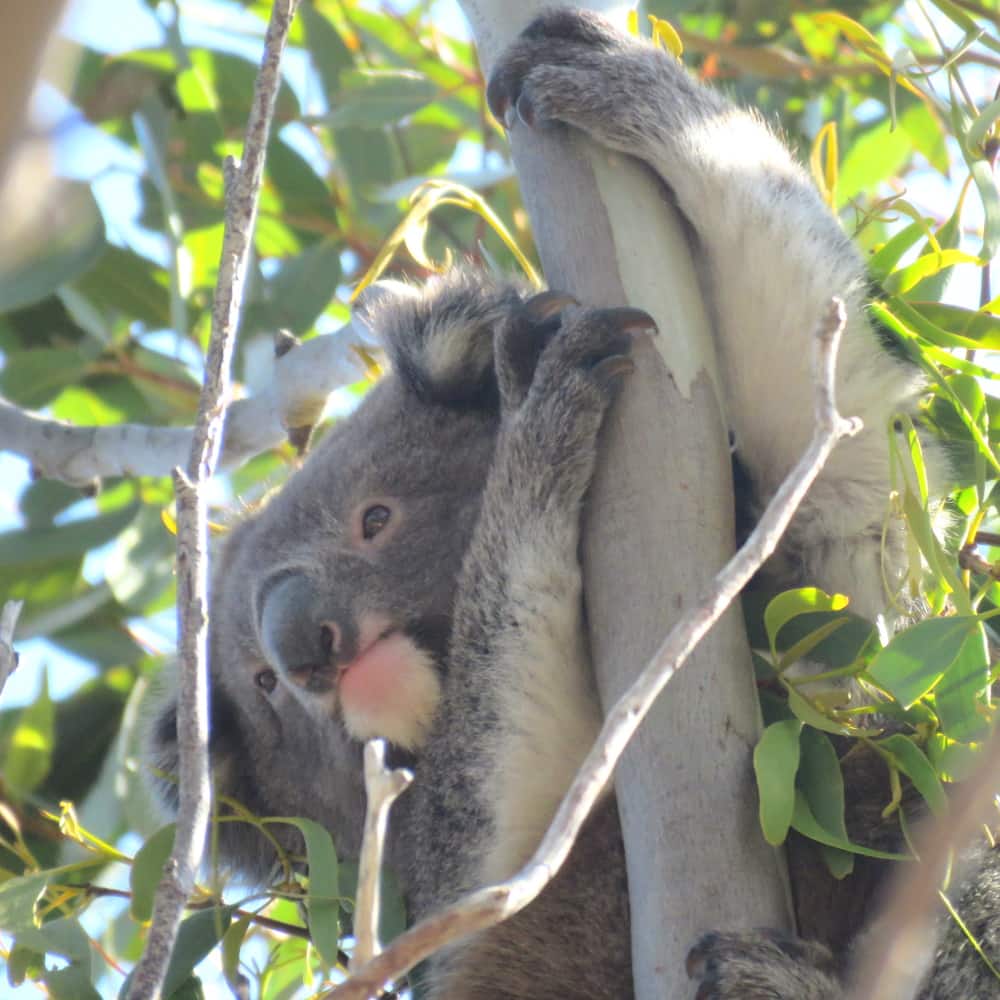 Balyang is Kozo’s second joey. His father is probably Mabo. He has a sister: Indi, born 2019. 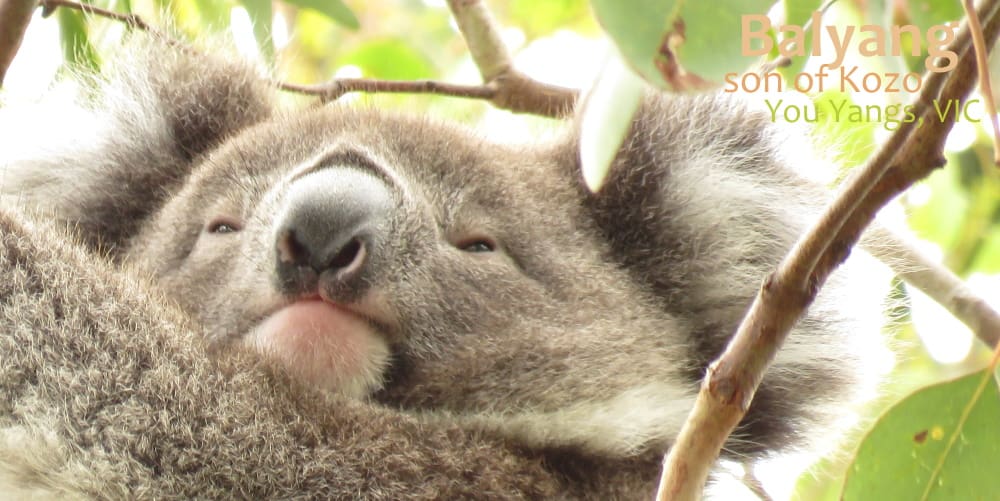 At the moment Balyang’s neighbours are Kozo’s neighbours: Mabo, Djadja, Wemba & her joey Waa, sometimes Winberry. But soon he’ll probably start moving all around seeking a home range of his own.

Kozo’s first joey Indi was quite shy and nervous.  Balyang isn’t like that at all.  Either its just different individual personalities, or Kozo was more relaxed with her second joey than her first.

How can we know all this about koala joey Balyang ?

Echidna Walkabout’s Wild Koala Research Project has been monitoring the koalas of the You Yangs and Brisbane Ranges for 22 years. In 1998 we discovered a non-intrusive method of identifying koalas by their natural nose markings (nose patterns). Since then we have been collecting koala research data during tours, and using it to advocate for koalas, plant trees where they are most needed, and remove weeds to improve koala habitat. 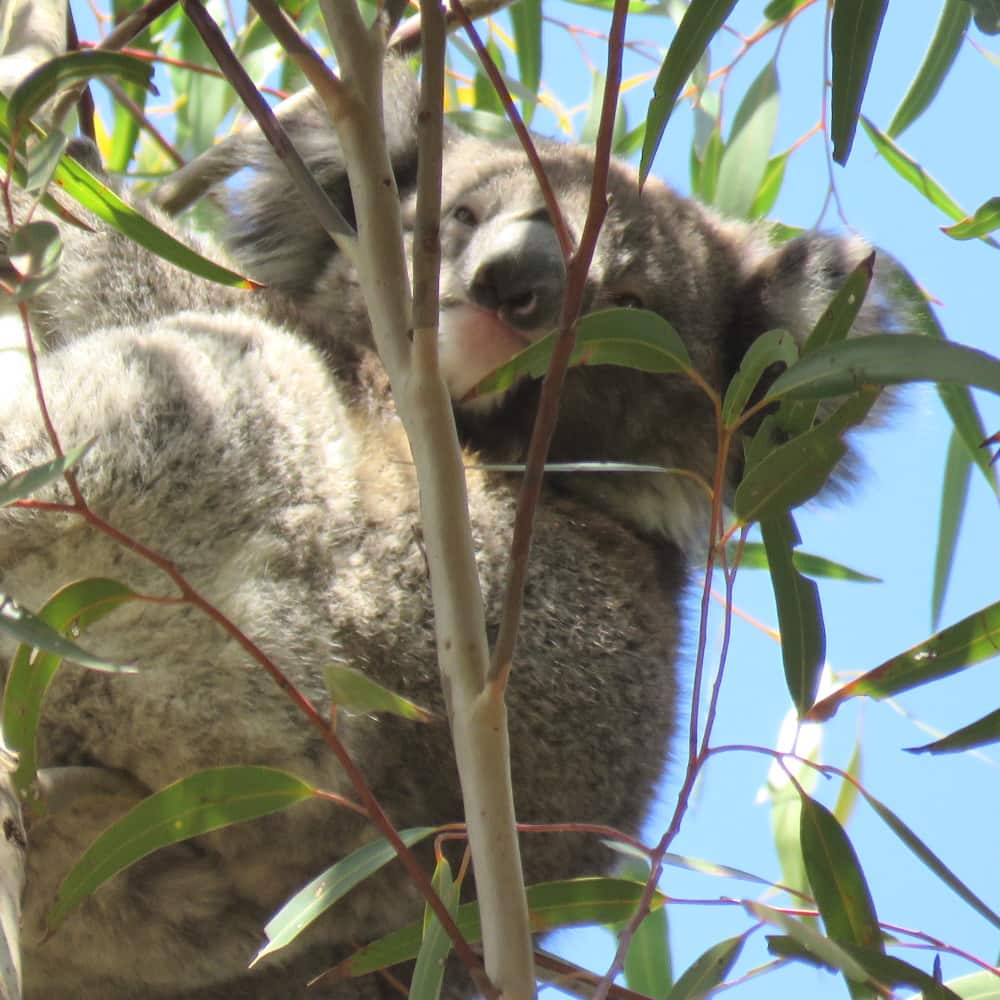