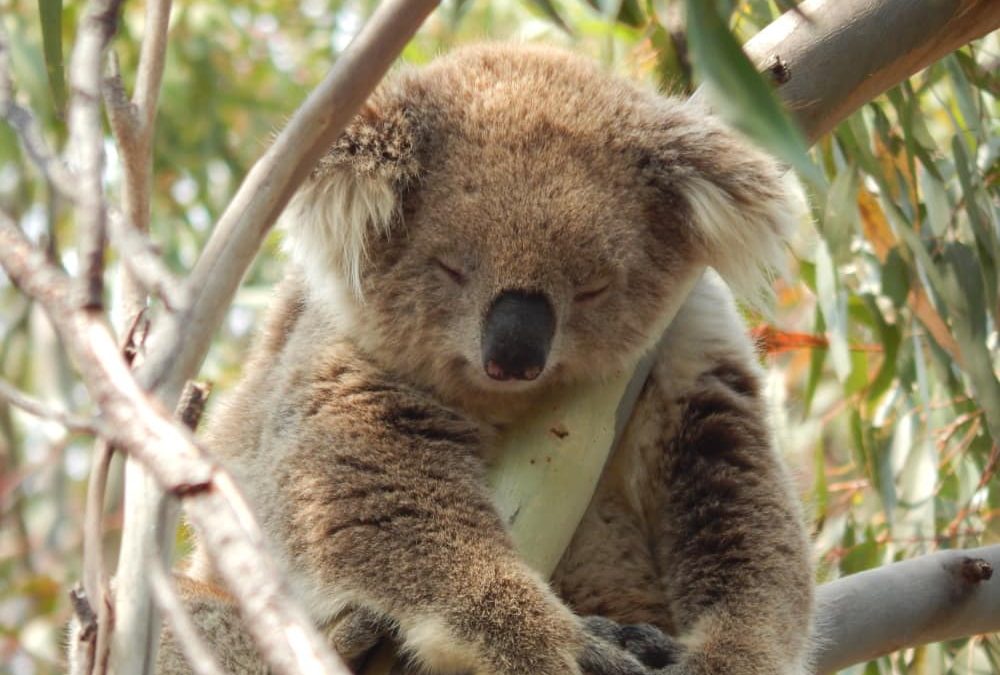 Babarrang with her cheeky photogenic daughter Djadja in 2016

She was first seen in November 2013, with a joey. She appeared mature when first seen, so she was probably at least 3 years old at that time.

Babarrang has two daughters that still live close – Ngardang, born 2014; and Djadja, born 2016. Her 2017 joey Burun (m?) has become independent and not been seen for a while (which is quite normal for male babies). His father was probably Clancy. She has another joey with her in 2019: Karrborr.  She also had a joey in 2013 who was not seen often enough to be named and registered in our population. Babarrang’s closest female koala neighbour is Bermborok. They have lived side by side for years. Males Jandamarra and Bungaleenee also share part of her home range.

How do we know all this about Babarrang?