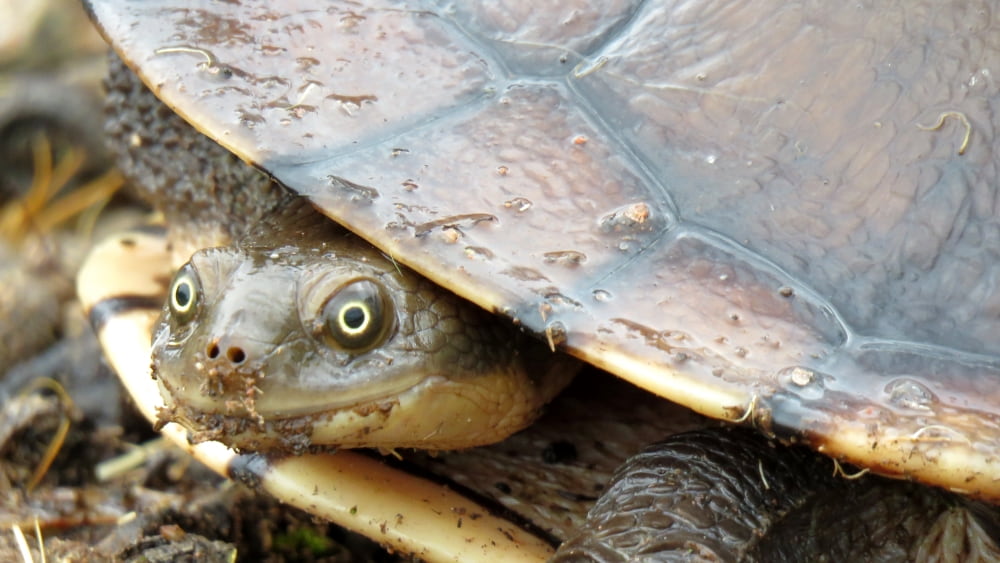 Travelling along Australia’s Great Ocean Road, you are sure to see lots of wildlife in their natural habitat, including possibly an Eastern snake-necked turtle Chelodina longicollis. Here are 5 amazing facts that will help you enjoy and understand these sweet (but sometimes stinky) little turtles.

1. This turtle is a pungent stinker

Eastern Snake-necked Turtles are also known as Stinkers because of a pungent smell they spray when feeling stressed. Their spray can reach more than 3 feet. If you need to pick one up to help it cross the road, make sure to wear gloves, and handle it carefully to avoid getting sprayed. 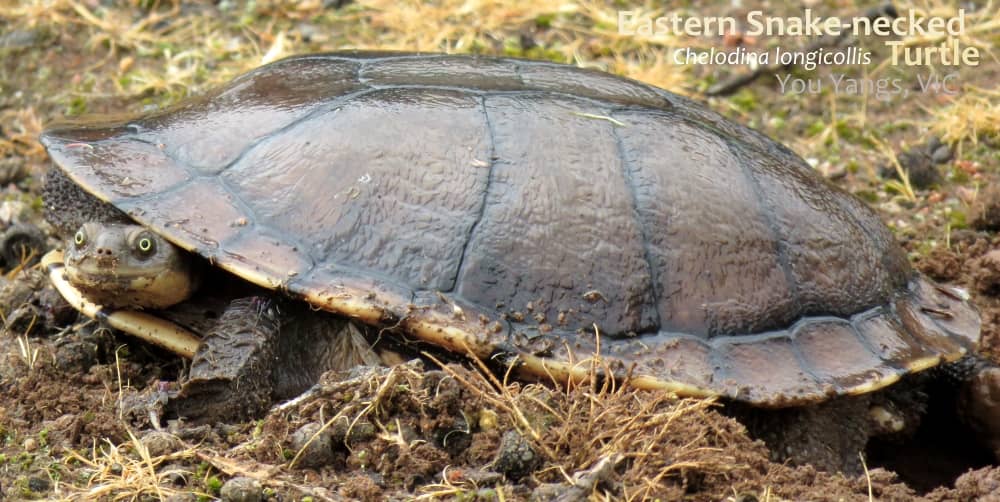 The amazing story of Lucky the baby turtle

While on a Great Ocean Road tour one of our Wildlife Guides saw a White-winged Chough flying to a nest with a baby snake-necked turtle in its beak. The chough dropped the turtle and our Guide picked her up – she was not moving so, assuming she was dead, he put her in his back pocket. Hours later he was showing others and the turtle hatchling moved!

A wildlife vet advised us to keep her in care* until the weather got warmer. We called her Lucky and after 6 weeks she was released in a pond close to where she was found. We hope she has grown up healthy.

*note: she was kept in care by a licensed Wildlife Carer

2. Boys and girls look the same until 6 years old

Its nearly impossible to sex baby Eastern snake-necked turtles. When they mature to about 6 or 7 years old the underside of their shell develops a V shaped indent at the tail for a male, or a U shape for a female. The U shape is a little wider, which allows the female to release eggs. 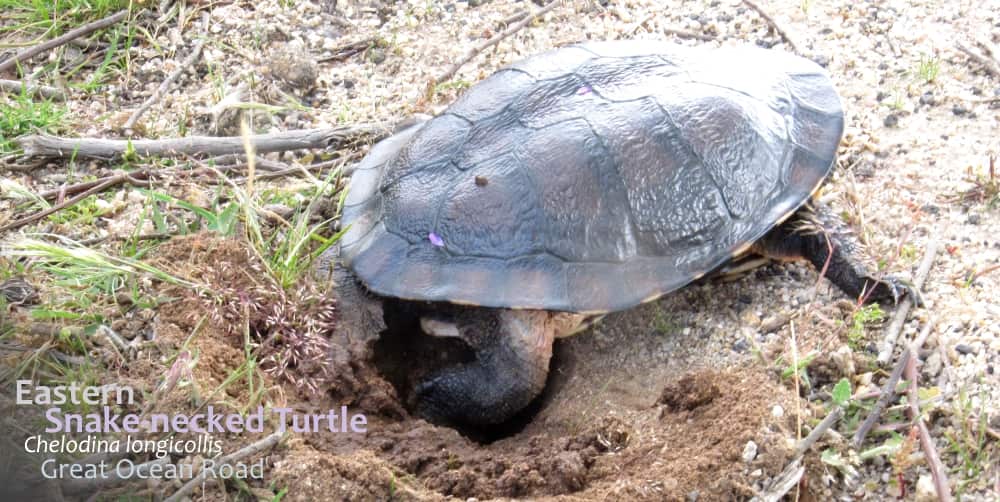 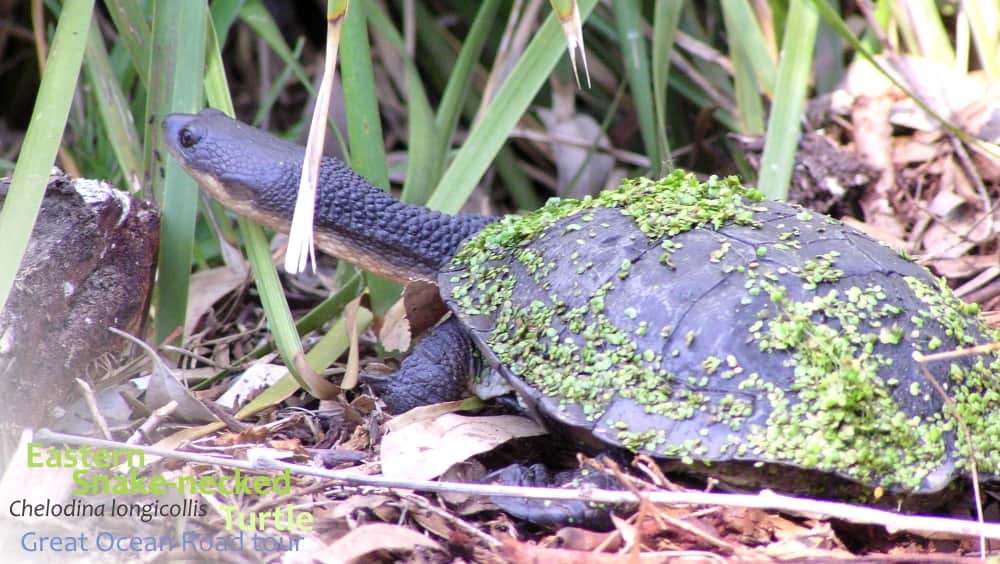 Baby turtles are very cute. They look like miniature versions of adults and can have a beautiful orange pattern on the underside of their shell.

3. They can make a slime web

The Eastern snake-necked turtle sheds both their shell and their skin as they grow.  When they are swimming, the shedding skin can appear as a floating, web-like slime around their legs and body, almost like a messy petticoat.

Eastern snake-necked turtles can live up to 50 years old and grow to a shell length of 25 cm. 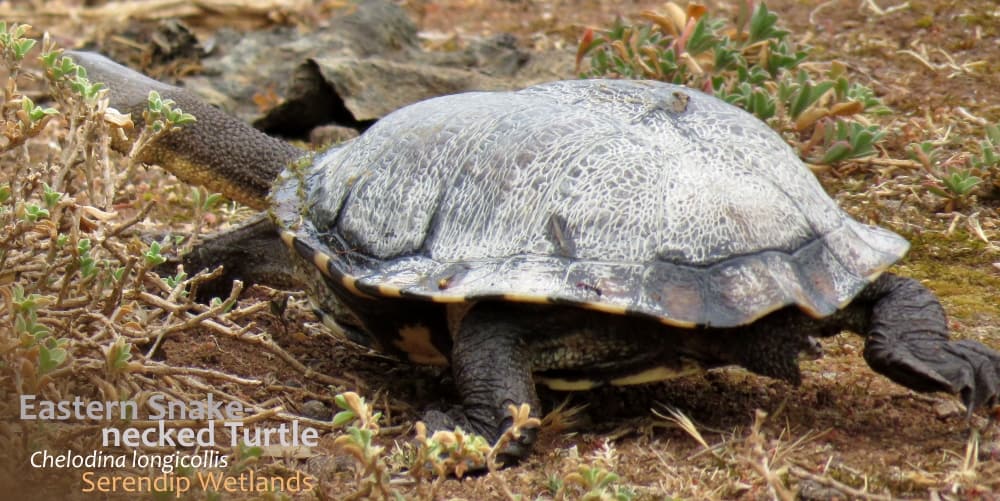 The Eastern snake-necked turtle will wrap their neck sideways under their shell as they move toward their prey. When they are close, like a snake, their neck strikes out fast, catching their prey by surprise. 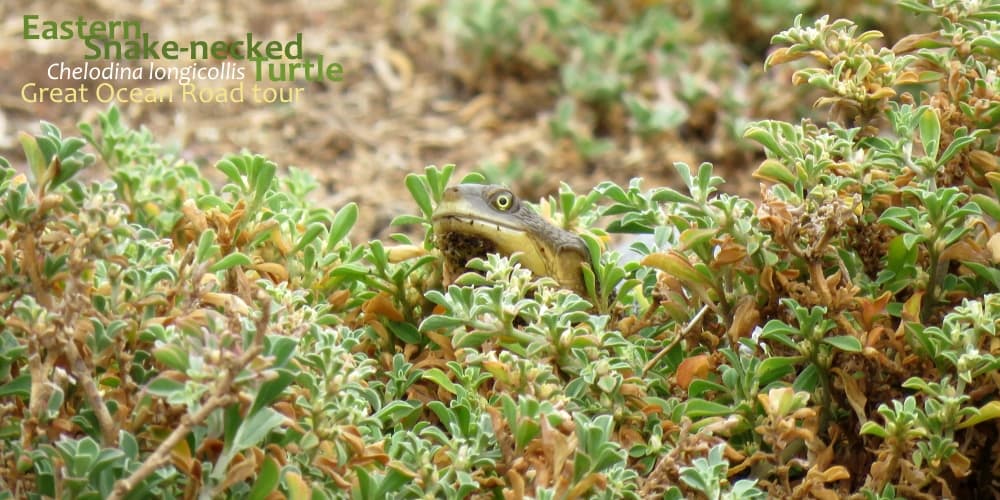 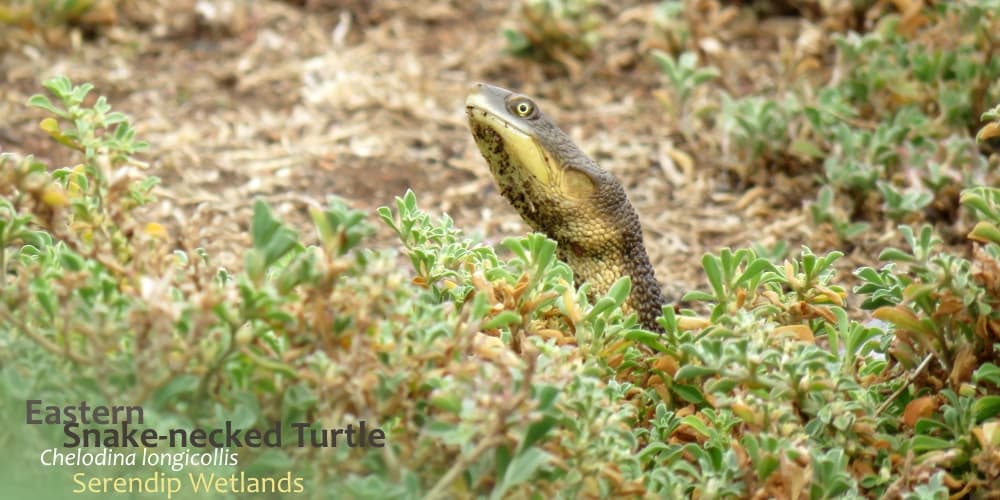 Eastern snake-necked turtles live in rivers, creeks and freshwater ponds along the Great Ocean Road. With the increase of rubbish in our waterways their habitat is decreasing. We can help by keeping our rivers and creeks rubbish free.

Join a Clean Up day in your local area: Clean Up Australia

The Eastern snake-necked turtle is a fully protected native animal. They are also known as Eastern Long-necked Turtles. 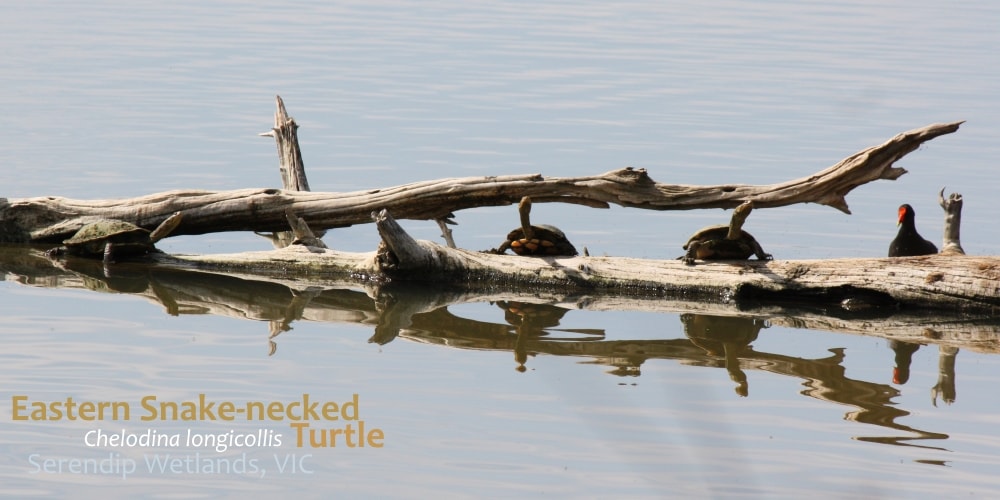 Travel on the Great Ocean Road 3 day wildlife tour for a chance to see this lovely little turtle for yourself. Hopefully we won’t have to rescue one from the road, but if we do, your guide will do the dirty work so you don’t have to experience ‘the stinker’!

Teenage emus in the Outback

As a Wildlife Guide I’ve worked with wild Emus in the Outback for a long time. They are gentle,...
Read More

Mungo: home to families for millions of years

Mungo in Outback Australia has been home to families for millions of years. Mothers have taught...
Read More

Travelling to see wild animals is one of the best ways to relax. You get away from the crowds,...
Read More