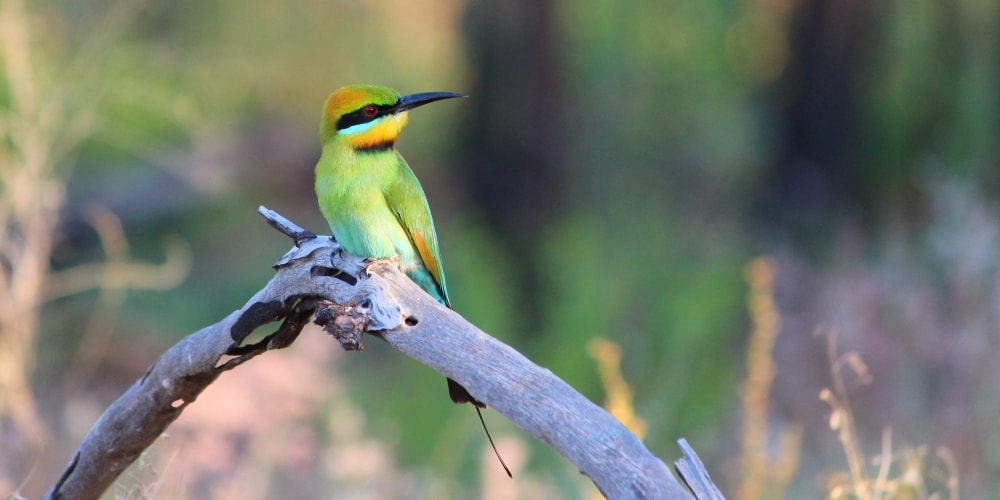 On the Wild Top End tour, almost every day we hear a guest exclaim with delight:

“What is that beautiful bird?”

Almost without looking we know it is a Rainbow Bee-eater. Even after they’ve been seen time and time again, they still elicit the same response (often followed by “Oh, yes, its the bee eater again!”). They are especially beautiful in the late afternoon when low rosy sunlight makes them glow with internal fire. 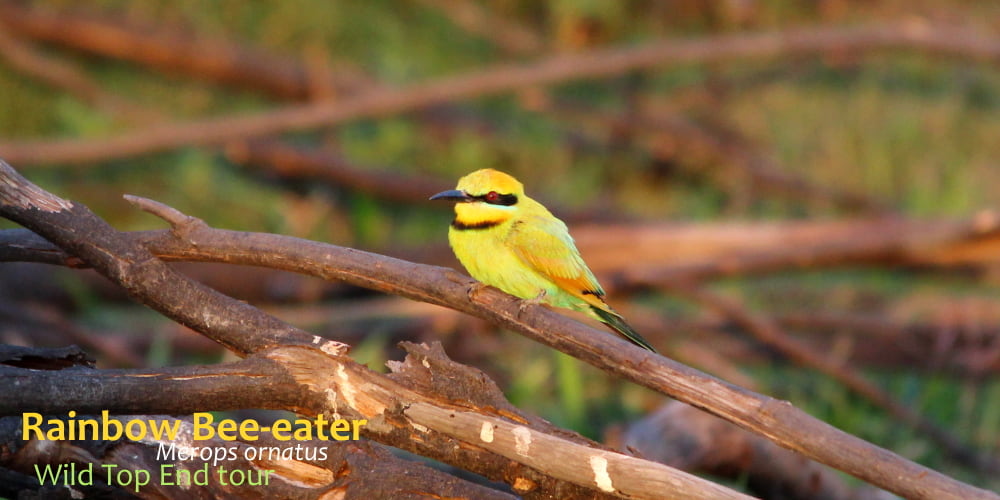 Here are 5 Amazing Facts about the beautiful Rainbow Bee-eater bird.

FACT 1.  This beauty beats up its prey, but for good reason

Rainbow Bee-eaters eat mostly venomous bees and wasps. But they remove the stings and squeeze out the venom first.  Apparently they are immune to the venom of their prey, but they consume up to 300 wasps or bees every day, so maybe this is a clever precaution.

Bee eater birds are not just smart and beautiful, they are also very brave. They are known to take down wasps as large as their own head.

Check out this amazing picture of a bee eater with a huge wasp:  https://flic.kr/p/2aPjJ2W 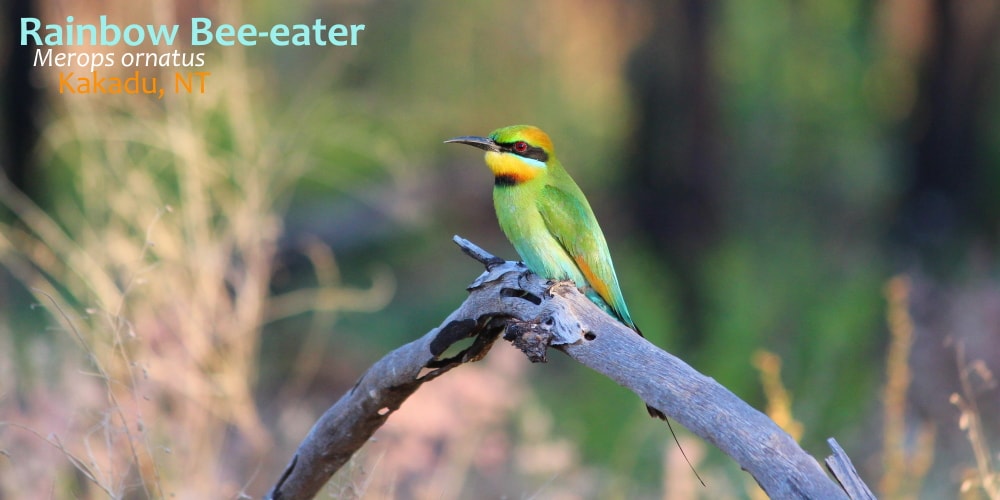 Striking colours, elegant lines, and flowing tail-streamers combine to make the Rainbow Bee eater bird beautiful.  A black stripe from their bill to ears give the Rainbow Bee-eater a mysterious mask like feature. A full colour spectrum from red through orange, yellow, green, blue and even a touch of violet on their tail indicate the origin of the name: rainbow.

Younger birds are greener and have not yet earned their black chest band or the long tail streamers. 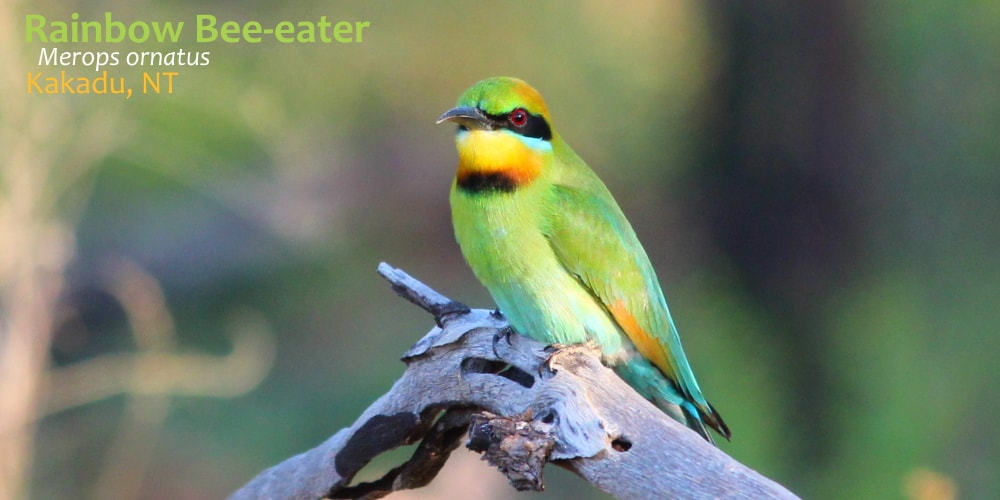 FACT 3. Only bee eater in Australia

The Rainbow Bee-eater is the only bee eater Meropidae species in Australia.

There are other species of bee-eaters in Africa, Asia and one in Europe. Most are brilliantly-coloured and beautiful.

The Rainbow Bee-eater can be found in wooded areas in Australia, parts of New Guinea and Indonesia.  During winter, birds found in southern parts of Australia migrate north and return south with the summer. 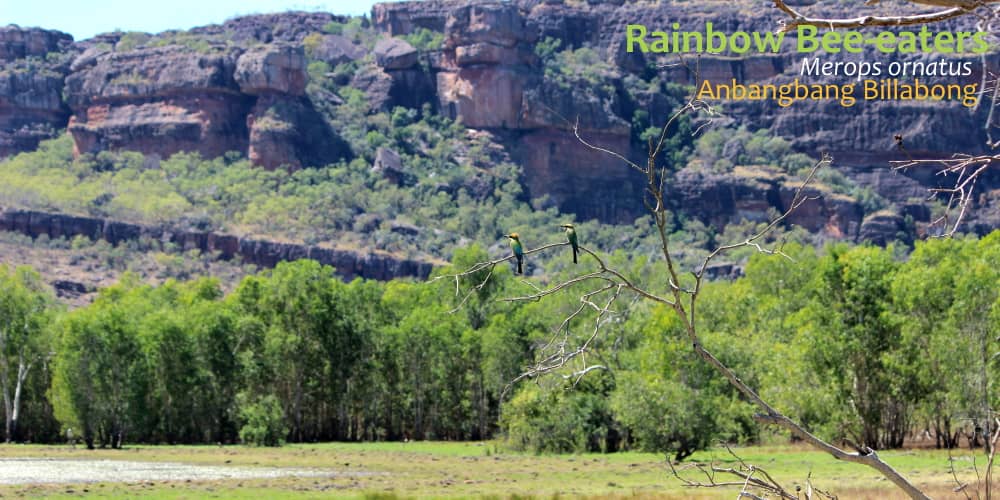 FACT 4.  These beauties are born underground

The female Rainbow Bee-eater digs a long tunnel (up to 1 metre!) in a sandy cliff face or eroded riverbank and creates a nesting chamber where she lays 3 to 7 eggs. Her male feeds her while she is digging, but takes turns with her to incubate the eggs. Breeding is in summer in the south, and before and after The Wet in the north.

Breeding underground has dangers – some predators can break into the nests with strong claws, others can squeeze in to steal eggs. Humans can sometimes destroy a colony accidentally, by excavating or digging nearby. Take care around sandy riverbanks In bee-eater breeding season, and don’t led kids or dogs investigate holes. The Rainbow Bee-eater will sit on a favourite perch and scan for prey.  If an insect flies past, they launch into flight and rapidly twist and turn to catch their kill.  The food is then taken back to a perch where it is consumed.  See some great photographs of Rainbow Bee-eaters in flight here.

Learn about some other beautiful, but quite different Top End hunters: Saltwater Crocodiles 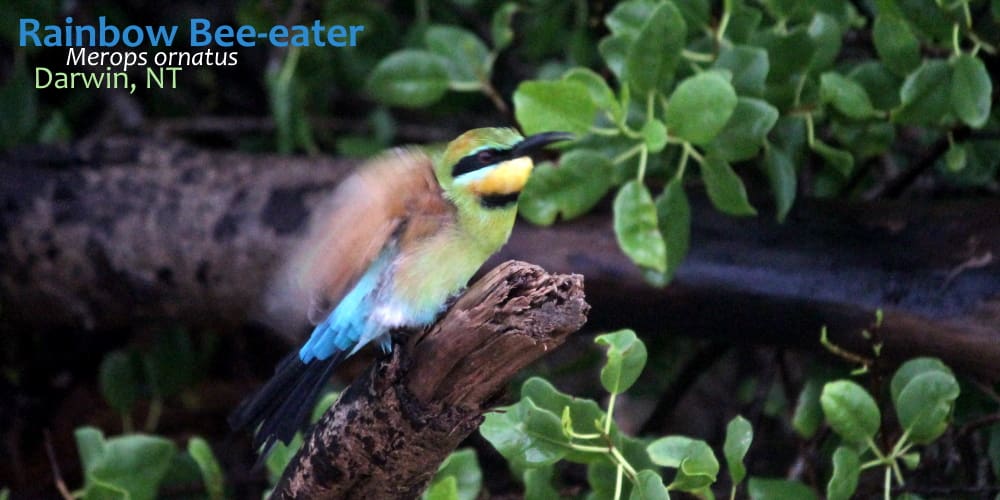 The beautiful Rainbow Bee-eater is a spectacular bird which you can see almost every day on the Wild Top End tour in the Northern Territory. 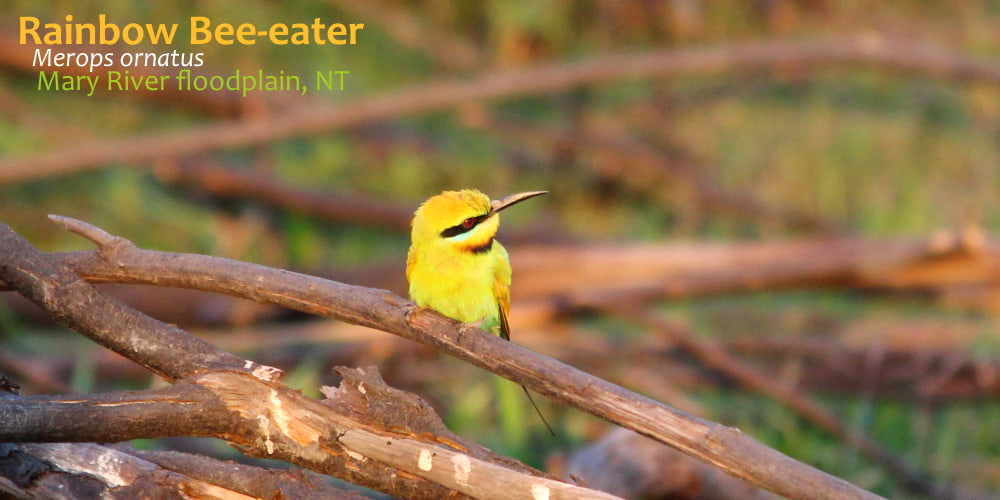 For more information about the Rainbow Bee-eater we recommend visiting these sites:

Cuckoos are cool. They are that guy at the bar who doesn’t mind being alone. But when he sings,...
Read More

Australian summers are hot. Even down in Melbourne, in the southern state of Victoria, daytime...
Read More