5 Amazing Facts about the Emu of Outback Australia 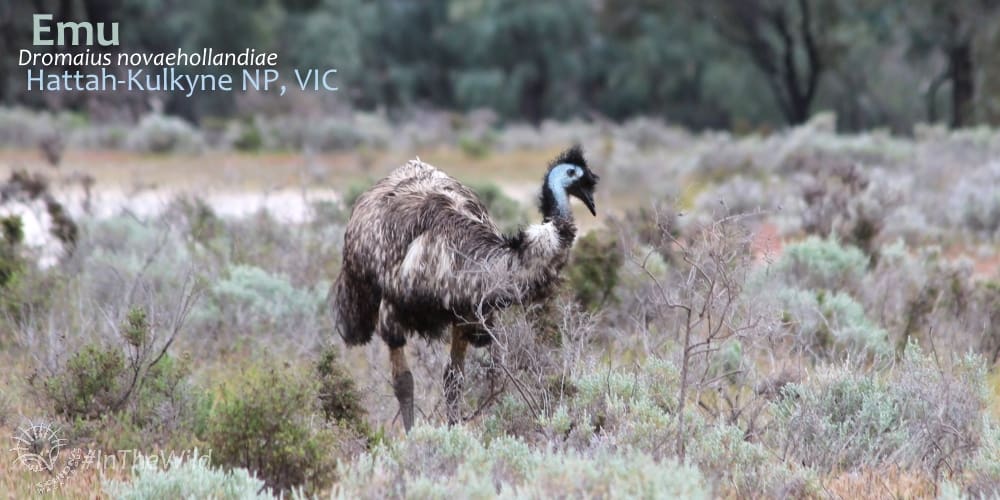 The Emu is one of the iconic birds of the Australian Outback, and there’s no better way to see them than on the Mungo Outback Journey.

Here are 5 amazing facts about Emus.

1. Emus can go without food for 2 months.

Female Emu birds are slightly larger than males. The female Emu also dominates during breeding. Once she has laid her large green eggs, the father will take over the incubation. At this stage she may walk away and never return. Sometimes she will find another partner and breed again.

Meanwhile the father is left to incubate the eggs. In this time he will not leave to drink or eat. He does not leave the nest for two months. 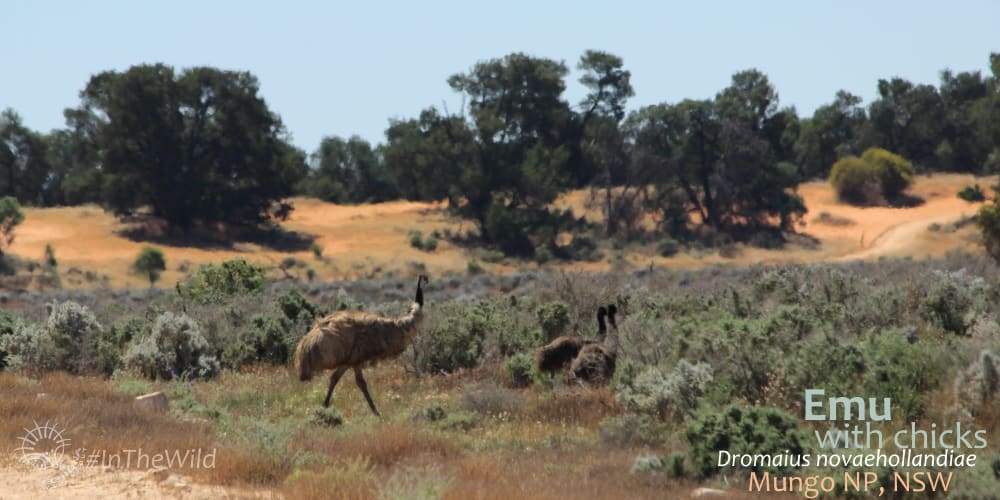 Once the baby emus hatch they continue to be cared for by their father. They will stay close to him for up to twelve months. The chicks are fully grown when they are 12 months old and they are able to breed at 20 months. You may see emu chicks being led by their father on excursions in Mungo.

2. Emus are very fast, but not faster than kangaroos.

Emus can run at 50km per hour, which is faster than Usain Bolt, the fastest man. But contrary to popular myth, they are not faster than Eastern Grey Kangaroos – who can reach a top speed of 71km per hour.

Read more about the speed of Eastern Grey Kangaroos here. 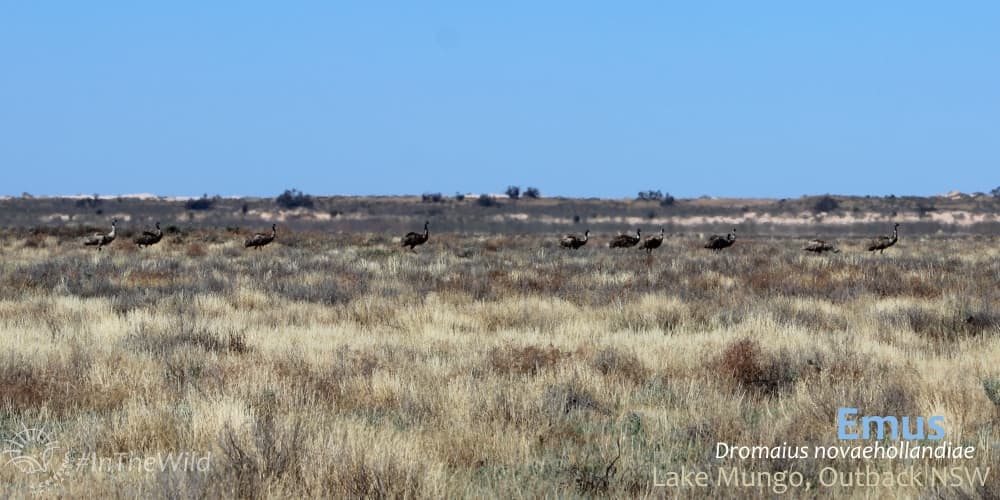 3. There were Dwarf Emus.

Before Europeans arrived in Australia, two dwarf species of Emu lived on Kangaroo and King Islands in southern Australia. Sadly, they were exterminated by the new settlers. This illustrates how our actions can affect the world around us. 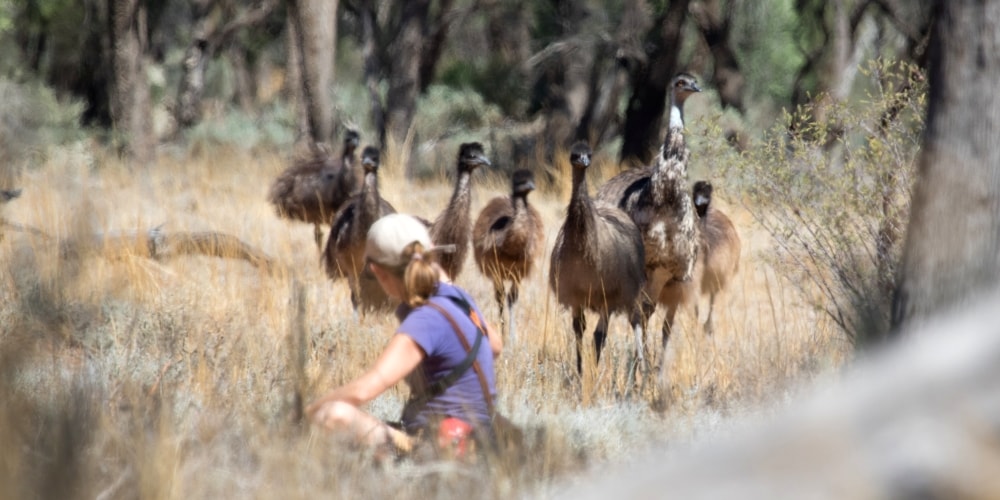 4. Emus have a powerful voice.

An Emu has a low deep voice that can be likened to a hollow drum. They can also grunt and whistle. The sound can be loud, but is so low frequency it is hard to record. In some areas you can hear an Emu from two kilometres away. We often hear emus in the distance at Mungo. 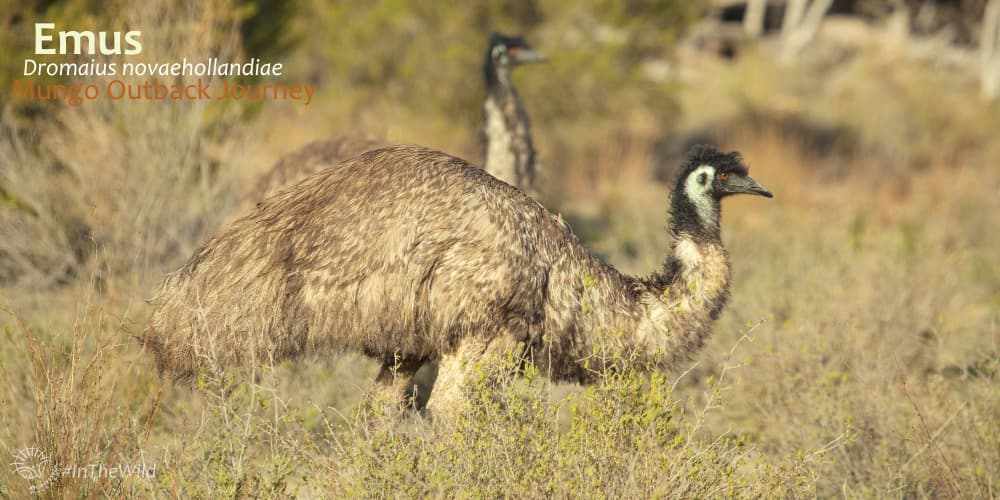 While the Emu is endemic to Australia, their name is not of Aboriginal origin. It has been theorised that the word Emu is derived from the Arabic word for big bird. It may have then been adopted by the Portuguese who took it with them on their expeditions. In Indonesia they would have seen the Cassowary, the closest relative to the Emu. The term could have then been used by European explorers who came to Outback Australia.

..
The Emu Dromaius novaehollandiae is only found in Australia. They are commonly found in dry woodlands, but can be in grasslands and open country too.

For more amazing information about emus and other birds of the Australian Outback visit: